A Patient’s Guide to Cervical Cancer: by Dr Indu Bansal

Cervical cancer is 2nd most common cancer among women India and developing countries and accounts for significant burden of cancer in low and middle income countries of the world.

The cervix is a hollow cylindrical part of Uterus or womb that connects the lower part of uterus to vagina. When cancer affects the cells in the cervix, it is called cervical cancer. This makes it obvious that cervical cancer only occurs in women.

Dr Indu Bansal is a radiation oncologist with over 20 years of experience. She specialises in the treatment of cervical cancers and is renowned for spreading awareness among the youth on the risk factors and screening for cervical cancer.

Do I have cervical cancer?

There are a few symptoms that you need to watch out for.

Normally women face vaginal bleeding only during their monthly periods. If you are experiencing unusual bleeding between periods (intermenstrual bleeding), or pain in the pelvic or back area, or bleeding or pain after sexual intercourse, then you need to contact your gynaecologist. 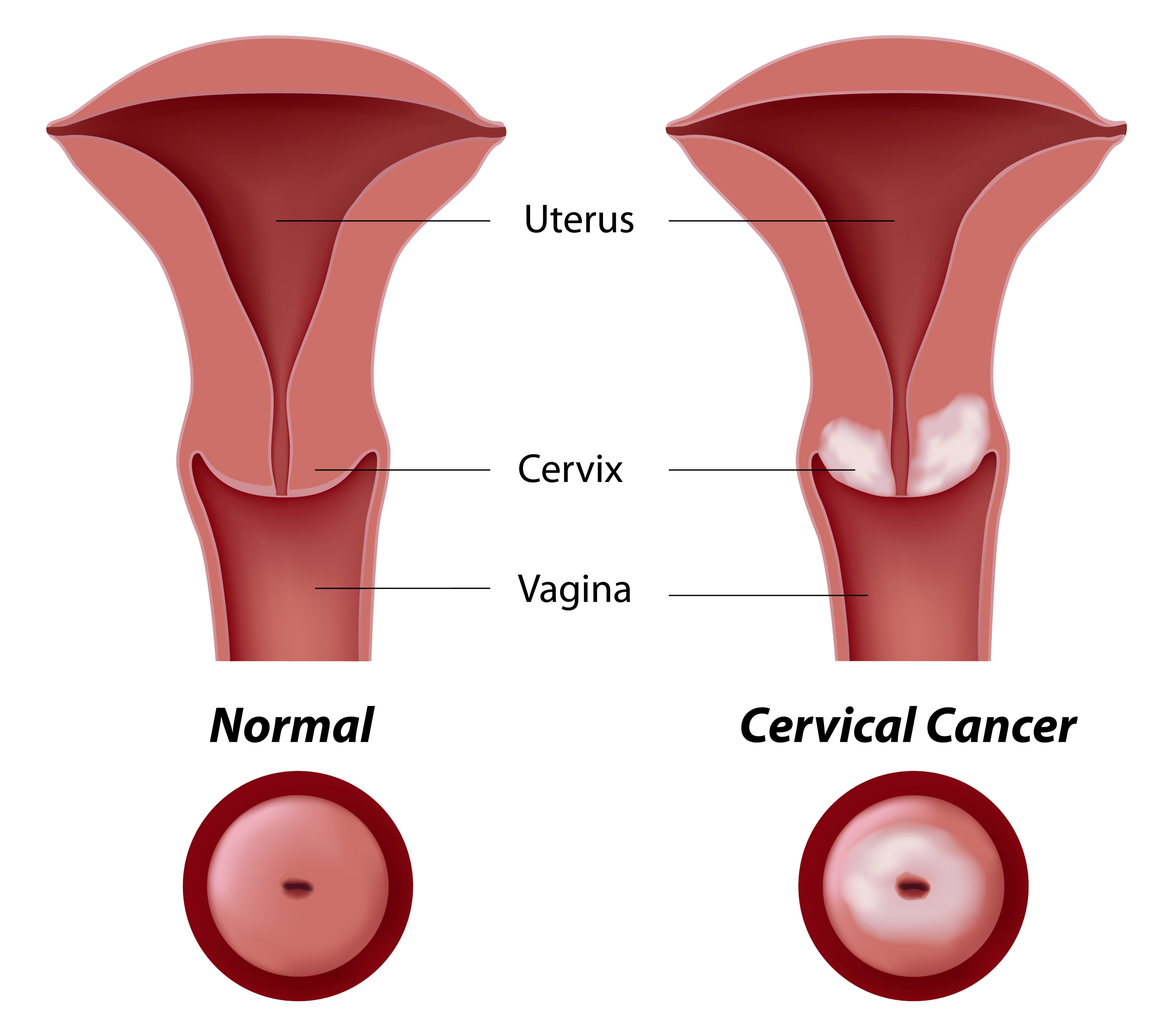 There is a very simple test called the Pap smear test that can confirm if you have cervical cancer or not. In this test, the doctor inserts a device called speculum into your vagina to scrape out a few cells.

These cells will be studied under a microscope to check for cancer. It is a simple and short procedure, and it can detect cancer even in the early stages.

Even if you do not have any symptoms, you should do the Pap smear test regularly so that any cancer can be detected as early as possible, so that the treatment will be short and successful. Even if your uterus has been removed, you will need to take the pap smear if your cervix has not been removed.

This table shows you how often you need to take the Pap smear test as per international guidelines: 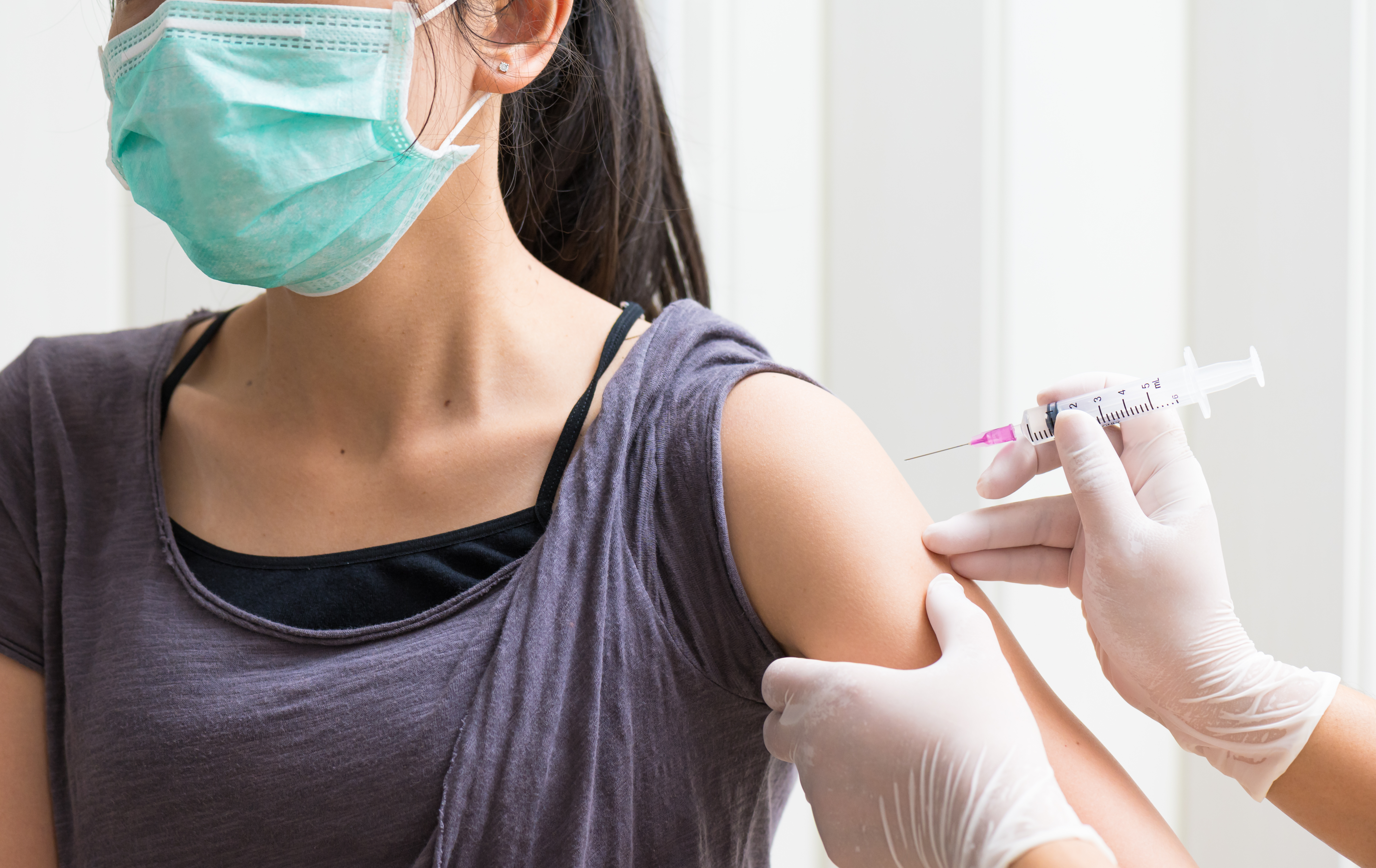 Cervical cancer is linked to these risk factors:

All of the above risk factors are linked to exposure to human papillomavirus infection which is the most common direct cause of cervical cancer. This virus spreads through sexual contact. Therefore, having multiple sexual partners or starting sexual activities at a very early age increases the risk of contracting this virus.

Cervical cancer is seen more among the rural population and the incidence has stabilised in recent years with awareness about causes and menstrual hygiene.

Is there a vaccine to prevent cervical cancer?

Yes, there is a vaccine called the HPV vaccine which can protect against some types of cervical cancer. This vaccine is usually given at the age of 12 or 13 years, but some even recommend it at the age of 9 years.

If the child is below 14 years of age, only two doses of the vaccine are required. For those older than 14, three doses are required. This vaccine can be taken before the age of 24 years.

Even those above 24 years of age and below 45 years of age can take the vaccine but it may not be as effective as when taken at a younger age.

What is the usual treatment for cervical cancer?

The treatment depends on the stage and type of the cancer, and other factors like the age and overall health of the patient.

Dr Indu explains, “Stage I is the first stage and stage IV is the last stage. So if the tumour size is less than 4 cm (first stage) then it is possible to use radiation therapy and can also use surgery. Both are equally effective. But if the tumour is more than 4 cm, it is considered to be in the second stage. In such cases, radiation is the main modality of treatment. In some patients, even after surgery, there is a need for radiation, even in stage I. In stages of IIB and more, radiation therapy will be used.

There are two types of radiation. One is external and the other is internal. With the external radiation, there will be about 25 – 28 sittings over 5 weeks. It will be a painless treatment. The patient will need to visit the hospital five times a week. The treatment lasts for just five minutes each time. Once a week, there will be one session of chemotherapy for some cases. On completion of this five-week treatment, there will be a gap of two weeks, after which the internal radiation will begin where we treat the disease using radioactive element that is placed close to the tumour over few minutes. It is also called brachytherapy.

An applicator is placed on the cervix and radiation is delivered through this so that the surrounding normal tissues are not affected. There is intracavitary brachytherapy in which an applicator is placed inside the uterus. There is also interstitial brachytherapy. Your doctor will decide which of these is safe for you. In stage IV, the treatment is chemotherapy.  Radiation therapy may be used to stop the bleeding or if the disease has metastasised to the bones or to any other organ. “

It is important to understand that both internal and external radiation are equally important to achieve cure from disease. You must not stop your treatment half way through.

Can I still get pregnant after this treatment?

No,  the patients who have undergone this treatment cannot get pregnant in the natural way and they will not have periods going forward. After radiation, periods stop, the uterus shrinks and there is viginal stenosis.

What do your lungs want you to eat?