Mahatma Gandhi’s dream of cleanliness and hygiene across the country remained unfulfilled despite the fact that he had famously said: “Sanitation is more important than independence.” The release of ‘PadMan’, a movie directed at menstrual hygiene for women, ironically, was postponed from Republic Day, 2018 to World Chocolate Day February 9, 2018. 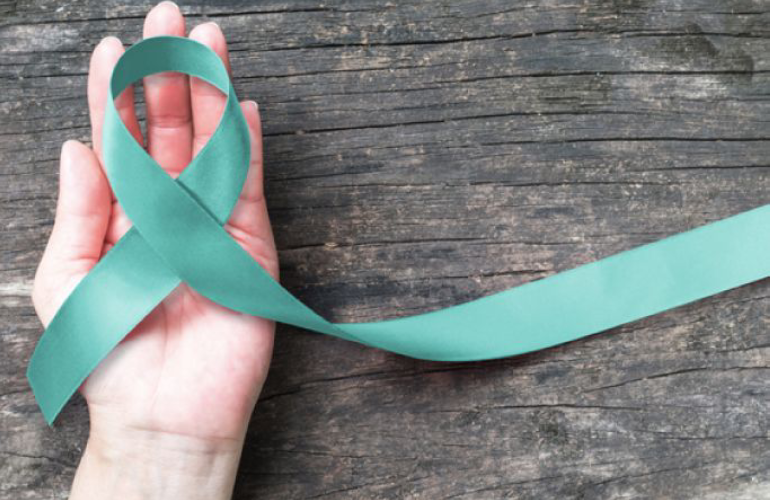 A major section of our nation remains in the dark when it comes to female hygiene. It’s high time we talk about a preventable cancer common among women in India.

What is cervical cancer?

Cervical cancer occurs in the cells of the cervix — the lower some portion of the uterus connects to the vagina. Different strains of the human papillomavirus (HPV), an sexually transmitted disease, is responsible for causing most cervical cancer cases.

When a woman is exposed to HPV, a woman’s immune system ordinarily keeps the infection from causing any harm. In a small group of women, however, the virus survives for years, contributing to the process that causes some cells on the surface of the cervix to become cancer cells. You can reduce the risk of developing cervical disease by having screening tests and taking a vaccine that protects against HPV infection.

What do the numbers say

According to WHO, cervical cancer (Cancer of Cervix, the opening of Uterus or Womb in Vagina) is the fourth most common cancer worldwide. Approximately 90% of deaths from cervical cancer have occurrences in third world countries that rank low in the Human Development Index. Cervical cancer is second most common cancer among women in India and other developing countries. The most important cause of its occurrence is Human Papilloma Virus infection of the female genital parts. This infection comes from poor personal and menstrual hygiene among women from lower socioeconomic strata of society. Second commonest cause is exposure from multiple/infected sexual partners.

The number of cases that occur in India goes largely unreported. The high mortality rate from cervical cancer can still be reduced through prevention, early detection and diagnosis, effective screening, and treatment programmes. There is evidence that cervical cancer incidence is greater among women of lower economic classes, those less educated, and those with a higher number of children. Read more on Cervical Cancer And The Inside Story Of India’s Deplorable State Of Female Hygiene.

Symptoms of cervical cancer include: irregular, intermenstrual (between periods) or abnormal vaginal bleeding after sexual intercourse; back, leg or pelvic pain; fatigue, weight loss, loss of appetite; vaginal discomfort or odorous discharge. More severe symptoms may arise at advanced stages. Not precisely the regular blog topic but somebody has got to do something about this given the alarmingly large numbers and atrocious silence in the matter.

‘Cervivorship,’  though no dictionary reference can tell you what it actually is, includes so many factors, starting from governmental policies. The #fightlikeagirl campaigns are brilliant in pockets of the world. But India still has a lot to catch up on with regards to being proactive, and more vocal about cancer among women. The only way to overcome this is through community level awareness, social mobilization, promotion of menstrual hygiene, mandatory vaccination, regular screening, timely treatment, and palliative care. Almost all cervical cancer deaths can be avoided through effective interventions.

According to some estimates “only 12 percent of women in our country can afford sanitary pads. The rest use rags, leaves, which can lead to cervical cancer.”

This includes immunizing  girls in age group of 9-13 (or at least before first sexual intercourse) against human papillomavirus (HPV), maintaining good menstrual and personal hygiene by encouraging use of sanitary pads, screening for abnormalities and treatment of precancerous lesions. Research needs to be carried out in making HPV vaccination accessible to the entire population through a national program.

It is more important to stay up-to-date on regular screening reports than staying up-to-date with the latest Bollywood releases. PadMan generated a wider discussion in the state of affairs in menstrual hygiene and ‘period poverty,’ as Twinkle Khanna termed it. I hope these will be more public awareness format movies that enter pop-culture to extend the discussion away from the superstition of the ‘cancer curse’ to a more scientific cause.

“PadMan was not just a film, it was a movement,” she went on to say. It might be about time we brought to light things like PAP smears, and HPV vaccines, and the risks associated with cervical cancer through pop-culture like movies and songs that cater to a large audience.

Just as Gandhi’s nationalist movements stirred men and women from the grassroots level to fight for the cause of independence, maybe popular entertainment culture today has the ability focus on these audiences to bring to life a long overdue dream of proper sanitation, well-maintained hygiene and cervical cancer free future for women in India.

We are fortunate that a major cancer in India is preventable and let’s not miss this opportunity to drastically reduce cancer burden in our country.