Mrs Kamala, a 45 year-old, mother of two, notices one day a painless lump in her left breast while taking a bath. She immediately consults her gynecologist, who refers her to an oncologist. A mammogram and a biopsy confirm a diagnosis of breast cancer, and a PET scan indicates that the cancer has spread to her bones and to the lymph nodes in the stomach as well. 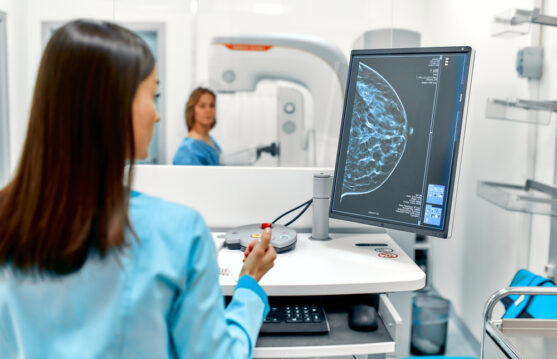 The above situation is becoming increasingly common in the urban population of India. Breast cancer is now the most common cancer in India and it is estimated that 1 in 20 women living in urban settings will develop breast cancer in their lifetime.

The reasons for this are multifactorial; urban women are more likely to have their first child after the age of 30, have fewer children and breastfeed them for a shorter period of time, and are also more likely to engage in tobacco and alcohol consumption, all of which are known risk factors which puts them at a higher risk. In 90% of cases, there is no family history of anyone having developed breast cancer.

In the past, receiving a cancer diagnosis, that too of stage IV, was considered a death sentence. With time, our understanding of breast cancer, its myriad types, and its outcomes have improved significantly. Breast cancer is now classified into several types (for which a biopsy is essential) and the treatment for each type and its cure rate is different.

Let’s look at Stage IV Breast cancer, with Mrs. Kamala’s case as an example. She is extremely anxious that her breast is going to be surgically removed. However, her oncologist assures her that this step is NOT necessary, as there are now randomized trials to prove that removing the breast surgically does not improve the cure rate for stage IV cancers.

Mrs. Kamala also tests positive for the HER2 protein in the biopsy. Her medical oncologist starts her on a combination of drugs called Nab-Paclitaxel and a targeted anti-HER2 drug called Trastuzumab. She responds very well to the treatment and within a few doses, her breast lump disappears completely!

This case is just one example of how women affected even with stage IV breast cancer can now expect to live WITH the disease for several years and keep fighting it bravely. It is very important that every woman be aware of this disease and consult an oncologist to learn about screening tests like mammograms (which are recommended for all women above the age of 45 years). Breast cancers diagnosed by mammograms tend to be smaller and in stage I or II, where the cure rate with the right treatment can be as high as 90-95%.