Breast Cancer During Pregnancy: Find Out How It Is Treated 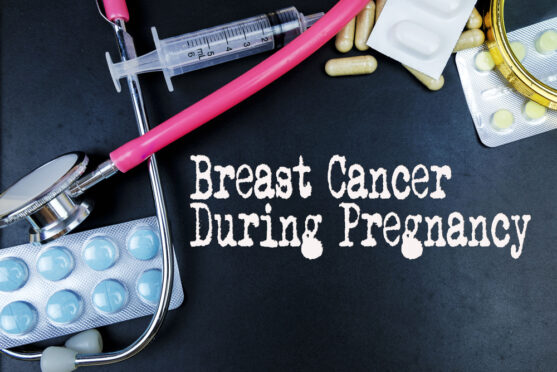 Breast cancer is the most common cancer diagnosed during pregnancy. 1 in 3000 women develop breast cancer during or soon after pregnancy.

Very often breast cancer that develops during pregnancy is diagnosed in the advanced stages, making it more difficult to treat.

A study of 104 breast cancer cases that developed during pregnancy was conducted at Tata Memorial Hospital. It was found that 41% of these women had the triple negative subtype of breast cancer. This subtype is often considered more aggressive than other types of breast cancers. Over 50% of these women were diagnosed after their cancer had spread outside of the part in which it started (referred to as locally advanced).

This delay in diagnosis may be due to the physiological changes in breast tissue during pregnancy. In most cases upto 6 months had passed before the cancer was diagnosed.

What tests are safe during pregnancy?

Several tests are used to diagnose breast cancer. Not all of these are safe during pregnancy.

Breast cancer during pregnancy does not affect birth outcomes or the health of the newborn. 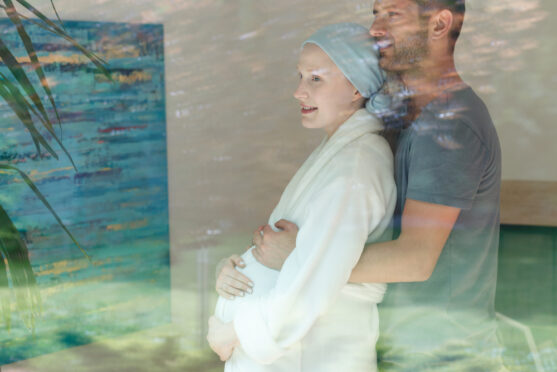 How is breast cancer treated in pregnant women?

The treatment largely depends on the stage of the pregnancy, and begins after breast imaging, core biopsy and staging of the disease is done using non-contrast MRI or USG.

If the woman is less than 12 weeks pregnant, then chemotherapy is avoided.

Mastectomy can be considered, as radiation cannot be given till after the delivery.

Medical termination of pregnancy can be considered as per the wishes of the patient and in cases of advanced stage of the disease in the first trimester.

If the lump is operable, then a mastectomy or breast conservation surgery is the first mode of treatment. Post delivery at 35 -37 weeks, adjuvant chemotherapy can be given.

If the lump is locally advanced (if the cancer has spread), then neoadjuvant chemotherapy is usually the first step of the treatment. After this, breast conservation surgery can be conducted. Post delivery, radiation therapy, with or without targeted therapy and hormone therapy is administered.

If you would like answers to your questions on how breast cancer should be treated during pregnancy, you can contact Dr Shikhar on 79965 79965.