Albus Dumbledore said, “The fear of a name increases the fear of the thing itself.” 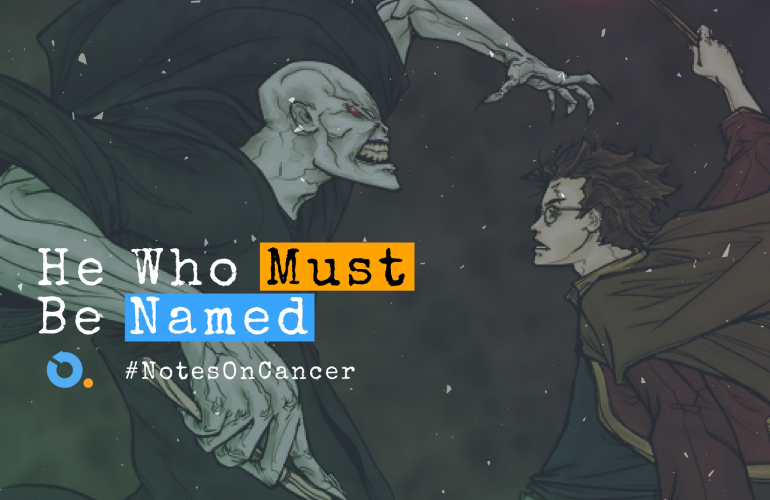 When I signed up to work for Onco.com, one of the first thoughts I had, was how uncomfortable I would feel talking or writing about cancer, day in and day out. Cancer aims to kill with an unmatched sense of finality, and people are understandably afraid of the disease.

My experience in solving cancer

I was eventually successful in convincing my gut, and I joined the firm in August 2017. As a part of our mission to solve cancer around the world, we have managed to publish a series of articles surrounding one basic premise – “Is Cancer Curable?.

In the time that I have spent at the company, I have had the chance to speak with patients on a first-hand basis, interviewing them about their treatment journeys, and spent a considerable amount of time penning articles about the different aspects of cancer treatment and survival. And I kid you not, it has been an overwhelming experience. It has not been easy, to write and talk about aspects of a disease that kills so many people and instills so much fear in those affected by it.

You see, although the general trend of evolution in cancer care has begun showing promise for every patient, it is still a grim reality that cancer never really ‘goes away’. It is like this out-worldly Voldemort-esque phenomenon that bides its time, waiting to relapse stronger than ever. 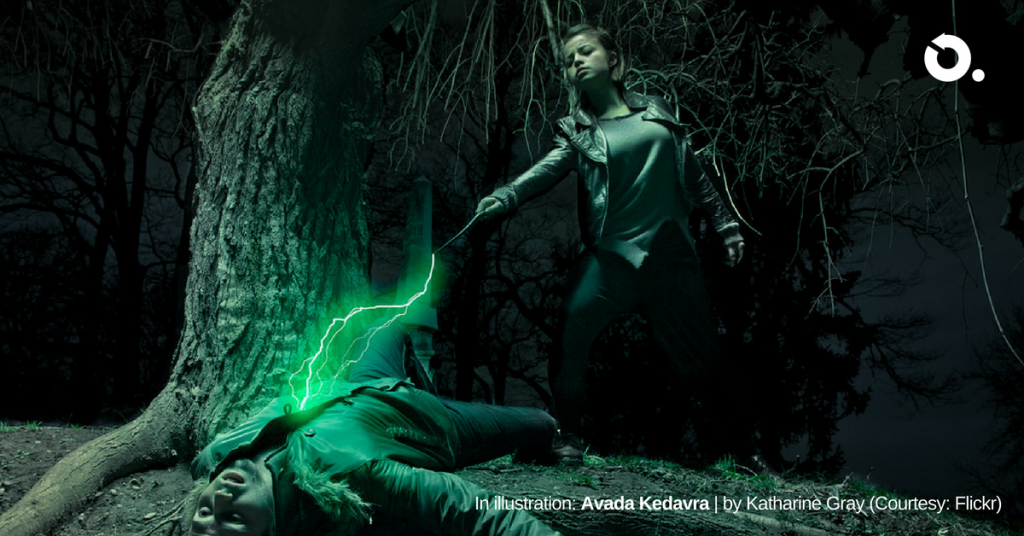 Potterheads like me are familiar with the last of all unforgivable curses – Avada Kedavra, unleashing its horror upon the recipient with a flash of green light followed by absolute darkness. Now close your eyes for a moment and try to imagine the exact sequence of thoughts running through someone’s mind the first time they find out they’ve got cancer. Sure, the green flash is missing, but the rest is right there – the incredible tragedy of realizing that you’re about to die. What does someone… anyone do after being served that news?

Losing my brother to the silence surrounding cancer

Early this year (on January 1st, 2018, around 12:30 AM), my eldest cousin succumbed to cancer – after fighting with the disease for two years. His diagnosis was confirmed a few years back, but he chose to keep the information to himself for a while before letting the rest of the family know, because he believed that those who loved him dearly, wouldn’t be able to ‘handle’ the news. So he kept quiet about it and dealt with it as discreetly as possible. He received his treatment in Kolkata and we learnt about his affliction really late, after his cancer had relapsed.

In hindsight, do I think that was the best course of action for him (keeping the news of his diagnosis to himself) at the time? Absolutely not. Withholding this information, although seemingly beneficial for defending the emotions of his loved ones in the short term, led him to miss out on any suggestions or accurate second opinions on treatment coming his way – ones that could have altered the course of his treatment in time.

Not disclosing that he had cancer, made my brother more vulnerable to the grim realities of the disease than ever. Because the worst thing that can happen to a cancer patient, is not receiving the right treatment for it.

The universal echo of ‘discretion’ in cancer

At an old job, I had the pleasure of working alongside a rather cheerful colleague, who had revealed to me in one of his relatively weaker moments, that he was battling prostate cancer. It did not end there; He practically forbade me from telling anyone about it lest people start asking questions. He had not told his wife about it either, which made things complicated because at the time, the couple was expecting their second child.

And as I soon found out in the time spent at Onco.com, it wasn’t just my cousin brother or my colleague who were hiding their cancer. You see, the references above are all normal, formally educated people just like you and me. There is a whole other world out there when we go deeper in and explore the darkness that envelops many of India’s rural belts, where ‘cancer’ can mean many things – an evil spirit, a signal from god, or a direct family curse (not too far-fetched from the idea of an all-conquering, all-hating dark lord, I guess!).

And all these people – patients, their loved ones, their immediate families – everyone seems to exude that same sense of discretion that had clouded my brother’s and my colleague’s judgement.

In India, most noble causes are plagued by an overreaching sense of social anxiety, coupled with pure speculation and absolute absence of logic. For those familiar with the devanagari script, we call it:

For the uninitiated, this loosely translates into: “Oh my god, what are people going to say/think about me?” 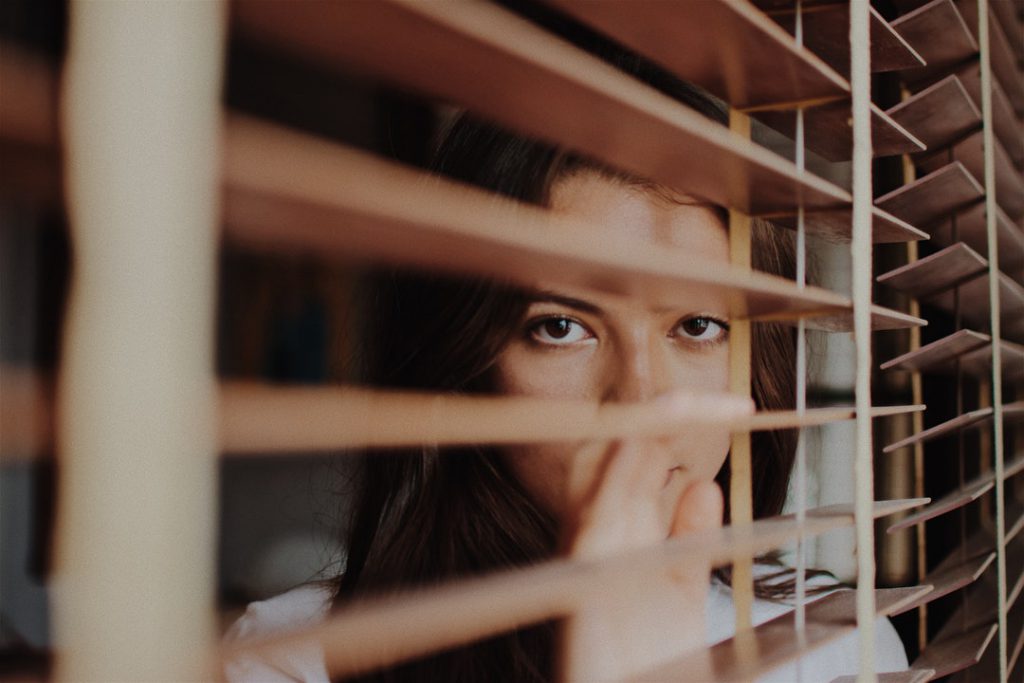 This, of course, is in direct conflict with the prevalent, sane sentiment among the oncological community. The verdict, safely said, is out on the subject of ‘cancer-confidentiality’.

There is no doubt about the fact that an early diagnosis, coupled with the right medical intervention is the best course of action for any cancer patient, irrespective of their site of cancer or stage.

On the flip side, a lot of patients who get diagnosed really late into their cancer progression, are fearful of receiving potentially painful treatments, and choose to keep quiet about it because they’ve managed to convince themselves that the treatments won’t work, without ever consuilting a medical professional. And I know it’s easier said than done, and that perspectives and convictions get tested the most when a tragedy befalls you, but I’d still like to plead the case for openness surrounding cancer.

How does cancer disclosure affect prognosis?

Can you really defeat Voldemort by using his real name?

Consider a scenario in which people are not fearful of the disease. A world where people are comfortable discussing cancer and the treatment they receive, openly with their friends, relatives, everyone. A world where cancer champions put forth their worldview on social media with the same adeptness and diligence as a workout fanatic.

A world that treats cancer with the same logic and sensitivity that we usually reserve for trivial afflictions like influenza, and slightly more serious ones, like Type-II diabetes. Sure, we are a little intimidated about all illnesses… desisted, even, but that never stops us from going to the doctor, going to more than one doctor, sometimes, or from telling our friends to be careful when we sneeze or cough, because in our head, we already know that a disease needs to be tackled with logic, not fear.

So imagine that world for a second. Or as our dear friend Dumbledore would say, a world where Voldemort gets called out by his real name.

That is when we can really begin changing things. Right now, we are at the cusp of a medical revolution. And it isn’t just us folks at Onco.com saying ‘we are inching closer to a cure for cancer every day’. The entire oncology ecosystem is revving up, gearing up to fight the disease with better tools for diagnosis, developing innovative ways to collaborate within the oncology community and deliver comprehensive treatment solutions, testing new drugs that train the human immune system to fight cancer cells, and so much more.

But all of these efforts are useful only in theory, unless the intended benefators warm up to the idea of talking about their disease.

How do we bring about this change?

As members of society who have received the privilege of education, creating widespread awareness about a disease that doesn’t discriminate is a shared responsibility. Every year, hundreds of state-sponsored cancer screening camps are set up, encouraging men, women and children to undertake regular tests, in order to diagnose cancer and begin treating it early.

Every time you see an opporunity to connect a cancer patient or a loved one of a cancer patient to a relevant medical establishment that might help them, go the extra mile and initiate a discussion. If you see someone shying away from their cancer diagnosis, be proactive and encourage them to seek medical assistance publicly, so that the medical fraternity is at least aware of their plight and positioned to help them out.

And I know that the light at the “end of the tunnel” is not crystal clear right now, at this very moment. I know, that we still cannot lay claim to an absolute cure for all cancers. But as a member of the next-generation healthcare-tech community, I solemnly state that we are doing the best we can.

I know, that it will never be an easy decision to take – to publicly fight almost-certain death with the courage that only warriors have. But in the end, this is a battle that we are all in together, and unless we fight with all our hearts, we will never put up a real challenge, will we?

See how simple that was?
Okay, now tell your friends.

“Hi doctor, how long do I have?” – Important insights on cancer survival rates

Sonam Jain: A Story of Struggle, Strength, and...