Actor Chavvi Mittal who shot to popularity through various television shows recently shared that she has been diagnosed with breast cancer. The diagnosis came after she suffered an injury during her workout, leading her to discover a lump in her breast.

Chavvi has been in the news for going public with her breast cancer journey, sharing photos from her hospital bed, with her fans on social media. In a country where many still shy away from sharing their cancer diagnosis for fear of it affecting their career, Chavvi’s brave move has been applauded by many. 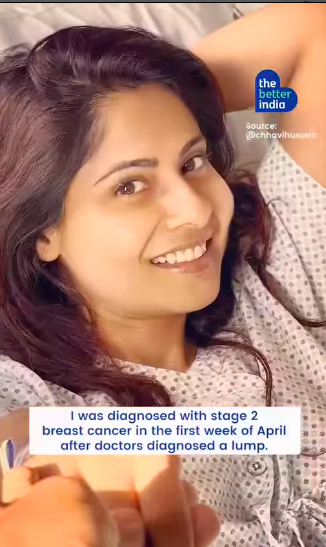 The actor’s fans have rallied together online to show their support for her at this time. Chavvi had created a strong social media presence through her comic and informative videos during the pandemic.

In 2019, she shared her pregnancy and childbirth journey, including her traumatic childbirth story with her fans on social media. Speaking openly about the emotional and physical difficulties of new mothers, Chavvi won hearts for opening up about her personal struggles.

In an industry where an actor’s ‘image’ is often photoshopped to present only the good times, while keeping all problems under cover, Chavvi’s stand to be open about her health issues has further increased her fan base.

41 year old Chavvi’s breast cancer story is filled with positivity and resilience. On 24th April, the day of her surgery, she shared a picture of herself from the gym, showing that her cancer had not taken away her discipline or her drive. 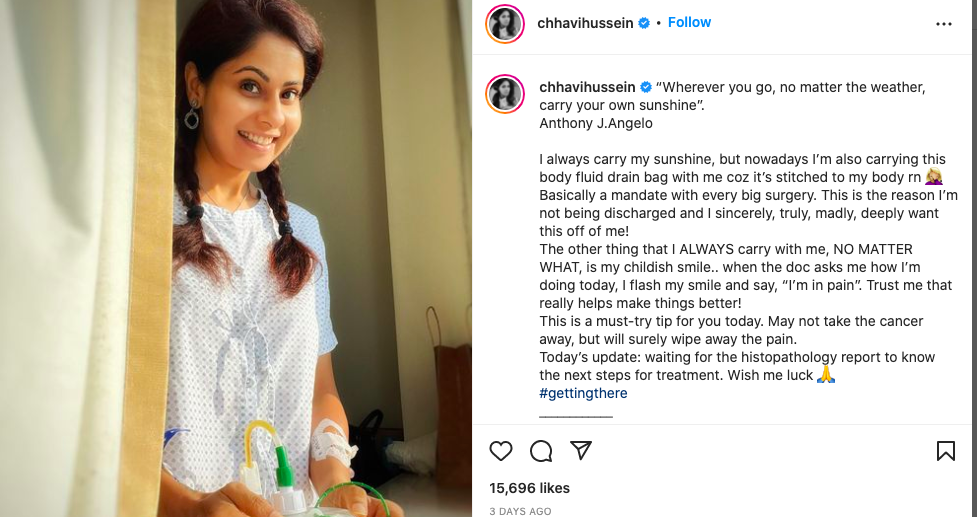 Chavvi’s Youtube channel Being Women With Chavvi has been addressing many women related issues, and is now promoting breast cancer screening among its increasing fan base.

Actor Chavvi Mittal has appeared in several popular television shows like Krishnadasi, Teen Bahuraniya and Ghar Ki Lakshmi Betiyaan. She is married to Mohit Hussain and has two children Arham and Ariza.

Click here to find a checklist for cancer screening for women of different ages.