“Hi doctor, how long do I have?” – Important insights on cancer survival rates

Cancer is a pretty serious disease, and some questions about cancer (like ‘How long will I live?’) will always be tough to answer. 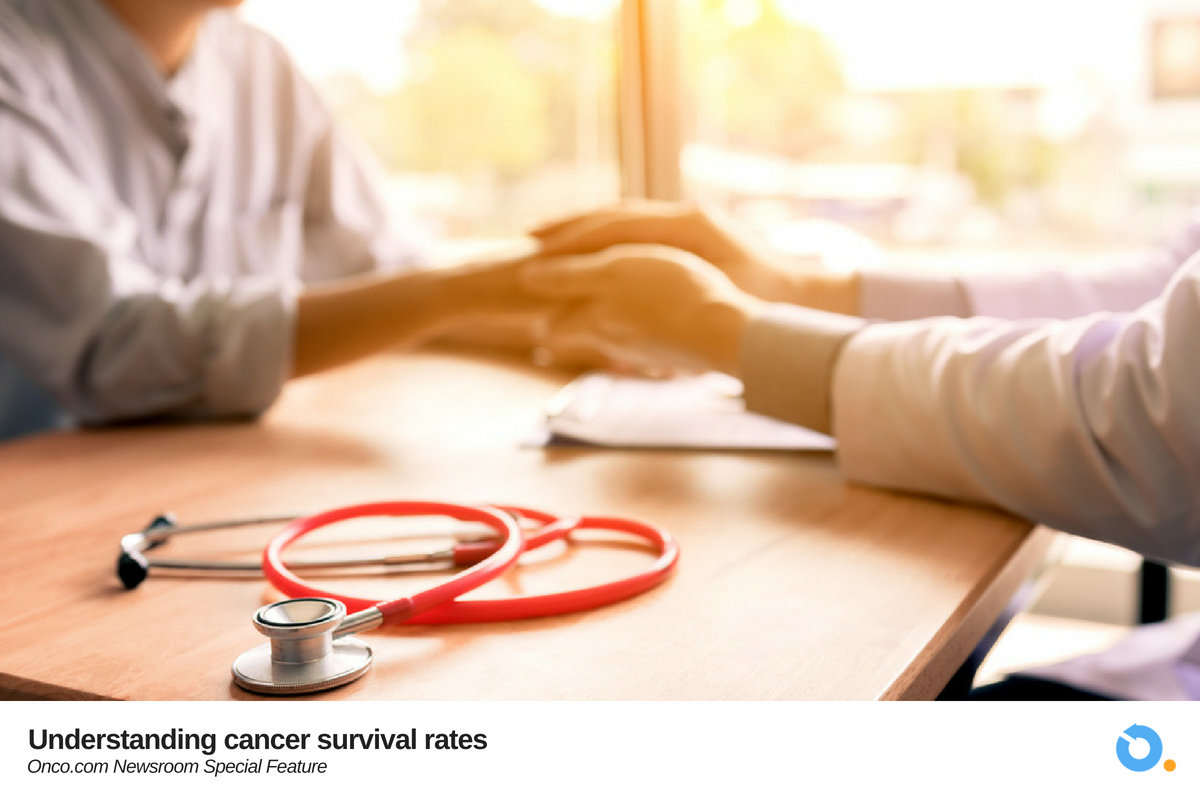 The most commonly used terms in determining and explaining cancer survival are ‘Overall survival rate’, which is commonly considered in terms of five years or ten-year survival. In this article, we will explain what these mean and imply for patients undergoing treatment.

What are cancer survival rates?

Cancer survival rates are calculated as a percentage of people who have survived a site-specific type of cancer over a stipulated period of time. These statistics are generally depicted generally as an overall five-year/ten-year survival rate.

For a patient with XYZ-type of cancer, if the overall survival rate is quoted as 65%, this means that around the world, among everyone who has had this type of cancer, 65 of every 100 are still alive after say five years of their diagnosis.

How accurate are cancer survival rates?

The most commonly quoted and referenced cancer survival statistics are derived from surveys and research conducted among thousands of people suffering from the same type of site-specific cancer, and are completely based on precedents. They cannot serve as a confirmed indicator/projection of how long a particular cancer patient will survive after diagnosis.

An “overall cancer survival rate” is the average derived from cancer patients of all ages and diverse health conditions, and includes people who were diagnosed either very early, or very late. This causes variance, because an earlier diagnosis usually leads to more efficient treatment, and greater chances of survival (and vice-versa).

An overall survival rate cannot confirm whether these ‘survivors’ are still in treatment or in remission. For more specific information on your cancer-type, you need to ask your doctor about:

Additionally, an expert oncologist might be able to help you with more specific, filtered statistics, such as:

Why is cancer survival calculated as a five-year or ten-year rate?

In standard medical practice, cancer survival rates are represented as either five or ten-year statistics, purely to accommodate a huge spectrum of surveyed data for general use. This is for statistical convenience. It neither means that cancer cannot recur after five/ten years, nor does it indicate reduced longevity for all cancer patients.

What information can you use from cancer survival rates?

At the outset, such information usually seems depressing. But the deeper you understand survival rates, you (and your general physician/oncologist) may be able to use this knowledge in order to understand your diagnosis, evaluate treatment options, and most importantly – to develop a treatment plan.

Other than mapping the seriousness of your condition, you and your doctor will be able to evaluate the risks/benefits associated with specific treatment procedures that other patients with the same diagnosis have gone through, and this gives an idea about the success rates of various procedures. Such data will also reveal how patients with the same cancer type and stage as you, have responded to treatment.

This knowledge is important in planning your treatment, because it helps you take logical decisions based on historical data. For example, if two treatments give you the same chances of remission and one of them has shown more side-effects in the past, you’ll choose the one with lesser side-effects.

You’ll also figure out if the chances of remission offered by a specific procedure are worth the money, time and effort you’re putting into it!

For instance, a procedure may offer a chance of complete remission, with 2-3% of people studied in the five-year period having actually survived. For some patients, these odds are good enough to invest in the procedure. For others, the chances of getting cured could be an important factor for deciding what procedure to avail.

In conclusion, specifics are important in a disease as serious as cancer. Every insight counts. Other than an early diagnosis, the only way to ensure that you’re receiving the best treatment possible, is to have access to the right historical data about your cancer-type.

This is a a part of our series of articles on “Is Cancer Curable?”.