March 22, 2018 will mark the ninth death anniversary of Jade Goody – a TV celebrity-turned Cancer icon. Writing about dead people is tricky, especially when it comes to famous dead people. 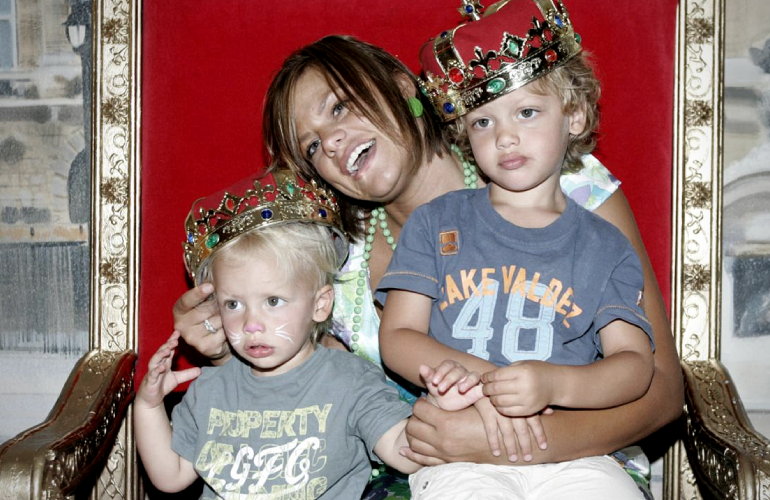 But when you work for a business that is in the business of saving lives, you learn to celebrate the kind of unique knowledge that death imparts. The Cancer care universe is an industry where we tend to learn the most from publicized Cancer deaths. Jade Goody is a fine example of this phenomenon, rising to fame through a televised reality show and inspiring a massive awareness movement through the public visibility of her struggle with Cancer – an effect that lasted for a decade. Well, almost. The developed world is now worried that the original ‘Jade Goody Effect’ might be over, and I wanted to take a look into how this affects female Cancer patients. Also, I was curious about how “Screening” for Cancer really functions within a developed country. These are my findings. 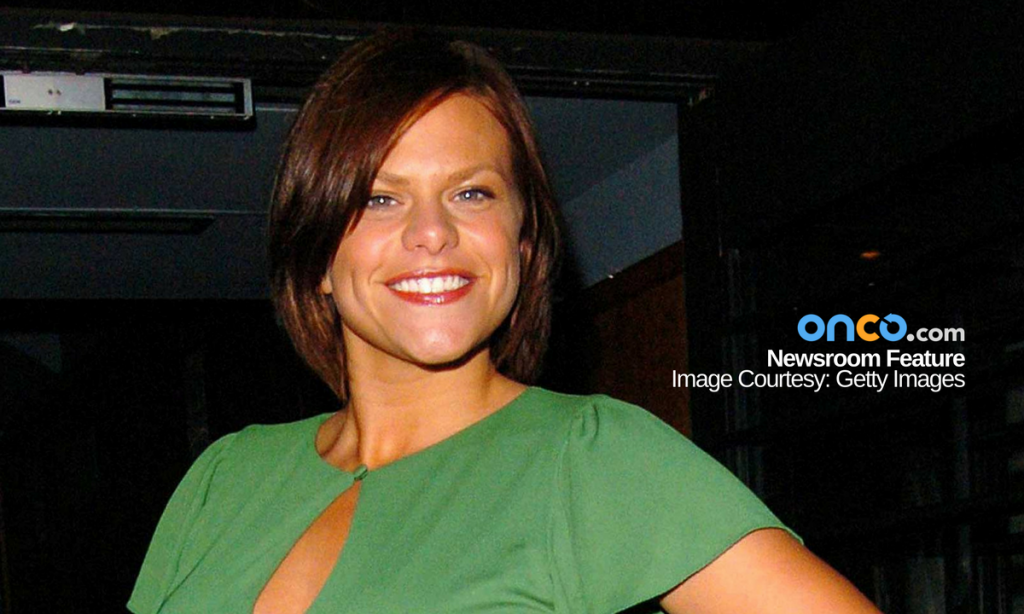 Jade Goody rose to prominence during the third iteration of the (formerly UK Channel-4 Reality Show) Big Brother TV format in 2002. Soon thereafter, she started appearing in multiple variants of the show’s format, including an appearance alongside Shilpa Shetty (an Indian actress) in a Celebrity Big Brother edition in 2007. She was famously evicted from this edition of the show, following allegations of racial bullying.

Jade later issued a public apology on the subject, prompting her return to public adulation. Following this, she began shooting for an Indian edition of the show (Bigg Boss) in August, 2008. It was during this time, that she was diagnosed with Cervical Cancer, leaving her family, the television industry and a decent chunk of the world in utter shock. She exited the show and travelled back to the UK to receive treatment, and by February 2009, her Cancer had metastasized.

She married fellow Celebrity Big Brother contestant Jack Tweed on February 22, 2009, and died a month later at the age of twenty seven.

Shortly after Jade’s death, the UK-based Sky Living channel broadcast not one, but five tribute shows in her memory, from 2009 to 2012. The TV-surfing world, it seemed, had started to realize that screening for Cervical Cancer was an important part of women’s lives. After all, the disease is rampant, affects a huge chunk of the world’s female population, and is one of the leading causes of Cancer-related deaths around the world.

Jade Goody’s story, and multiple statements from friends, family members and coworkers who grieved publicly at her death, created a veritable impact towards the cause of Cancer screening, and prompted the creation of numeous charities, support groups and awareness drives for Cervical Cancer screening. Specifically, it created a chain effect of rising Cancer awarenes among women in England. Coupled with great healthcare infrastructure, it looked like the UK was on its way to “solve” the issue of late Cervical Cancer detection, an enviable feat at the every least.

The ‘Jade Goody Effect’ at its peak

By 2010 (a year after her death), an online documentary dedicated to Jade’s memory had emerged. It took the internet by storm and became a rallying point for organizations such as Jo’s Charity, that were working tirelessly to further the cause of Cervical Cancer awareness in England. Did it work?

Jade Goody: A Year Without Her 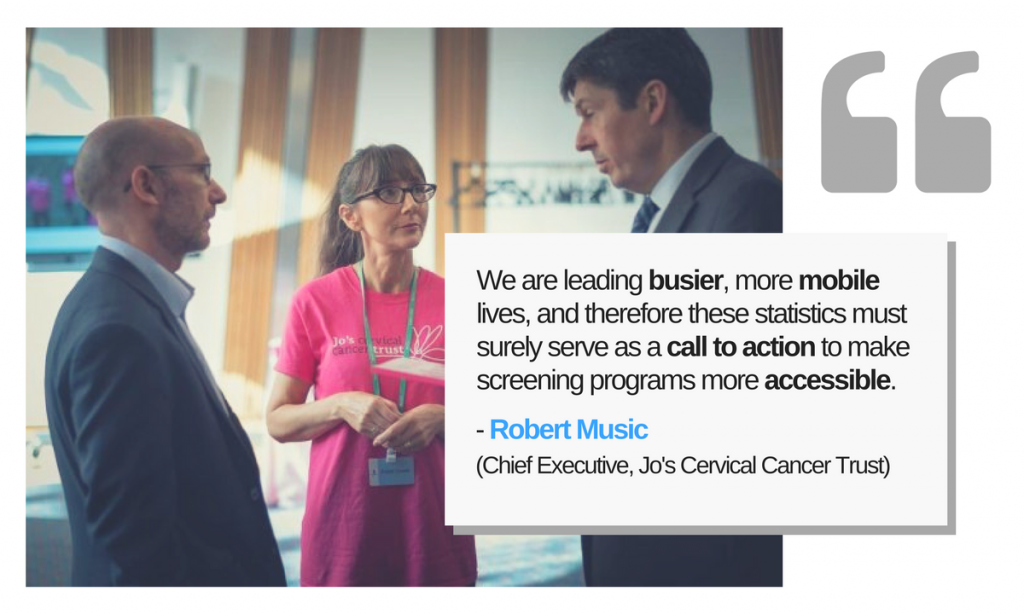 Recent statistics from NHS Digital have revealed that the number of women going for cervical screenings in England has hit the lowest rate ever, in over two decades.

This is a concern, not just for the organizations involved in promoting Cervical Cancer awareness, and not just for women in the UK, but for women who are at risk of developing Cervical Cancer around the world – history has proven, time and again, that healthcare trends in developing countries have a tendency of imitating that which takes off amidst an evolved population.

People in the UK who have spent time on the field mapping these numbers, seem to be disillusioned and convinced that the ‘effect’ no longer holds its original charm.

Across England, the coverage of Cervical Cancer screening has fallen from 72.7% to 72% – accounting for roughly 1.2 million women not taking up their invitation for PAP smear tests.

“I am extremely disappointed to see these statistics, however, sadly I am not surprised. The Jade Goody Effect has long gone. We have spoken out time and time again about the need for investment and action to improve cervical screening attendance – however, this is simply not happening.”
-Robert Music (Chief Executive, Jo’s Cervical Cancer Trust)

The trust has warned that more mothers, daughters, sisters and friends will be lost to cervical cancer if this does not change. Jo’s trust and other organizations operational in this domain are working tirelessly to reverse this change and go back to the days when Cervical Cancer screening had become top priority for women in England. The benefits of regular screening, they say, are too widespread to ignore.

While we must agree that Cervical Cancer Screening is a personal choice and that women have the right to choose not to attend, we must also keep in mind that this same screening programme has been responsible for saving more than 4,000 lives every year.

How the NHS screens women for Cervical Cancer in the UK

England’s healthcare system has often been at the receiving end of overwhelming praise. When I tried looking into how effective their screening systems are, I was gently surprised and impressed.

This list includes women who have already had an HPV vaccination – since the NHS does not consider HPV as an absolute guarantee against Cervical Cancer. And for a majority of these women, the test results show that everything is fine.

But for around 1 out of every 20 women, the test reveals changes in cellular sturcture, which if undetected and untreated, can develop into Cervical Cancer.

These changes (if detected early) are fully treatable, and this prompts the discussion that regular screening actually protects women again Cervical Cancer. Jade Goody’s death brought a wave that was enough as an initial push in the right direction, but it needs massive social rigor to survive as an ongoing strategy against Cancer.

“The Cancer Strategy for England emphasises prevention, so it is incredibly frustrating to see lack of activity to increase participation in a programme that can prevent diagnoses of cervical cancer.”
-Robert Music (Chief Executive, Jo’s Cervical Cancer Trust)

Developing nations such as India can take a lesson or two from this example. We as a country are faced with a much larger dilemma.

In India, a woman dies of Cervical Cancer every eight minutes.

Until very recently, Cervical Cancer used to be the leading cause of all Cancer-related deaths for women in India (now overtaken by Breast Cancer). And we might not have our own Jade Goody yet, but it would be incredibly stupid to wait around for something like that to happen.

We must learn from the conquests and pitfalls of our former colonizers and endeavour to protect our women against a potentially fatal disease with these three simple steps:

I am confident, that timely intervention and adequate messaging can help our country in taking the right steps to solve the menace of Cervical Cancer.

Note: This is an employee blog, and the opinions expressed herein rest solely with the author. They are not representative of the opinions of Onco.com as an organization.