BRCA changed everything since it first came into the picture a couple of decades back. Ranging from celebrities such as Angelina Jolie to regular women who have endeavoured to undergo regular screening tests for Cancer, the availability of screening tests for genetic Cancer susceptibility has fundamentally changed the way people approach Cancer risk in general. But how much of it is scientific, and how much is pure hype, remains to be seen. 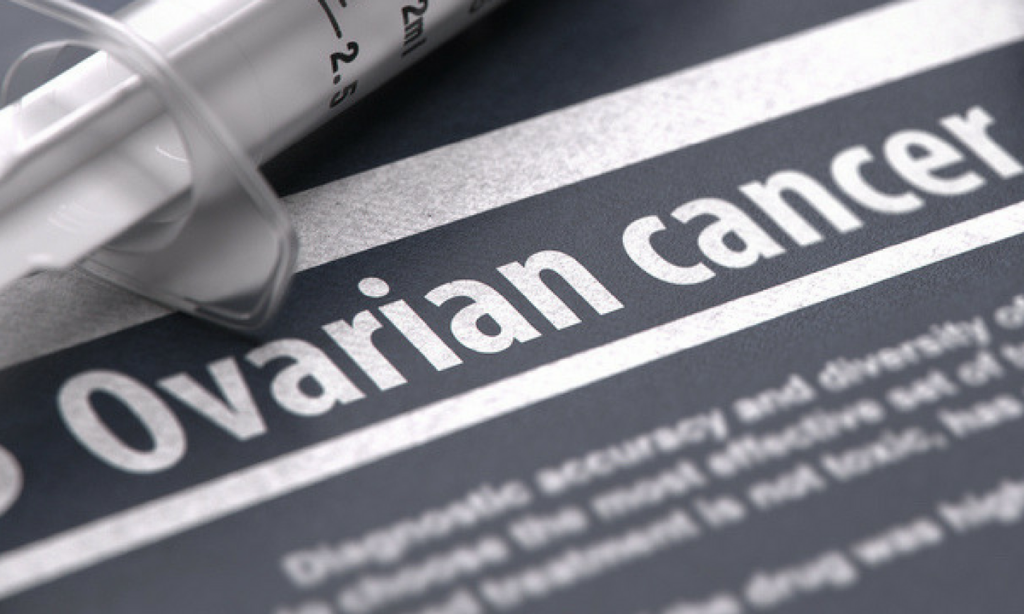 The term ‘Previvors’ was coined a little after Angelina Jolie’s very public declaration of her decision to undergo a double mastectomy. And two years later, she had her ovaries removed due to a second “health scare”. 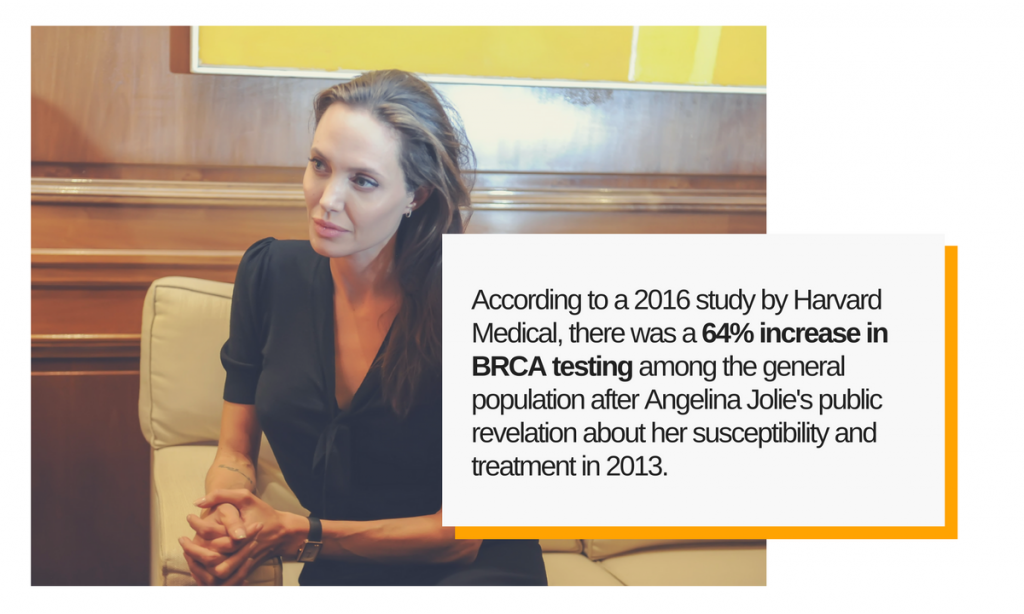 Since the time science facilitated testing for the two genetic mutations —BRCA1 and BRCA2,(linked to Breast and Ovarian cancers), tens of thousands of women whose results came back positive have elected to undergo prophylactic surgery. This community is now known more popularly as “Previvors”.

Nobody is talking about Lynch Syndrome

Just like BRCA receptors, Lynch Syndrome is also a common genetic condition with gene alterations that relate directly to Ovarian Cancer. But hardly anyone ever talks about it, leaving much about the “inheritance” of this Cancer, to pure speculation. Owing its alleigance to many celebrity cases, BRCA has become widely popular as a genetic Cancer-screening test. The truth, however is that Lynch Syndrome puts people at much higher risk for a range of Cancer types — Ovarian Cancer, Colorectal Cancer, Uterine Cancer, Pancreatic Cancer, Stomach Cancer, Liver Cancer, Bladder Cancer, Cancer of the Upper Urinary Tract, Skin Cancer, and, in some rare cases, even Brain Tumors.

The fact that Lynch Syndrome acts as a precursor to so many different types of Cancers, not linked to a single celebrity or cause, makes it harder for a single voice to be heard. In a sense, this discriminatory ignorance is very similar to the PR travesty that befell Hilary Clinton during her US election campaign in 2016. While Donald Trump’s critics were busy trying to cover everything that was wrong with his speeches – hate speech, racism, sexism, sexual misconduct remarks, etc – people writing against Hilary had only emails to focus on and they did just that. According to this first-person account of a Lynch-affected patient first published on Vogue, Lynch Syndrome has suffered a similar fate, because the affected populations are just too scattered to demand focused attention from the public scientific community.

A brief history of Lynch Syndrome & the inheritance of cancer

According to the NCBI, the origins of Lynch Syndrome can be traced to more than a hundred years back. In 1895, a patient at the department of pathology, University of Michigan informed the department head Dr Aldred Scott Warthin, that many of her family members had died of cancer, and that she was “afraid” that she would “inherit” the disease too.

This lady (A seamstress by occupation) later developed endometrial cancer, and died from it, confirming her prediction. Dr Warthin noted at the time, that “the statistical study of carcinoma has been carried as far as it can be profitable; and certainly but little that is new has been gained by this method during the last decade”.

He decided to conduct a “fairly complete survey” of the family, and created a family tree which traced members who had developed Cancer, and exploring the blood relationships between them.

The results of this survey were later utilized by Dr Henry Lynch (Another physician from Michigan) in the 1960s, identifying the five genes that had a direct impact on this disorder (Lynch syndrome was later named after Dr Lynch). It is important to note that while the genetic abnormalities were identified and noted in the mid-1990s, testing services for the same did not emerge till the turn of the millenium (about a decade later).

Genes that can be used to identify Lynch Syndrome, and carriers

Due to a significant lack of diagnostic infrastructure, Cancer registries and limited public knowledge about the syndrome, it is difficult (borderline impossible) to obtain an exact number of people carrying Lynch Syndrome genes. According to the Dana Farber Research Institute, an estimated 1 in 279 individuals – nearly a million people in the United States carry a mutation in at least one of five the different genes that can cause Lynch syndrome. These five genes are MLH1, MSH2, MSH6, PMS2, and EPCAM. Mutations in these so-called “mismatch repair” genes impair the ability of cells to heal breaks in their DNA, making genetically damaged cells prone to abnormal growth and the development of cancer.

The inheritance of ovarian cancer: Understanding the impact of Lynch Syndrome & MMR Genes

According to an NCBI publication on “Hereditary Ovarian Cancer”, more than one-fifth of all Ovarian Cancers can be hereditary. And while BRCA gene mutations account for 65-85% of these ‘hereditary’ transmissions, there many other suppressor genes and oncogenes associated with the inheritance of Ovarian Cancer. 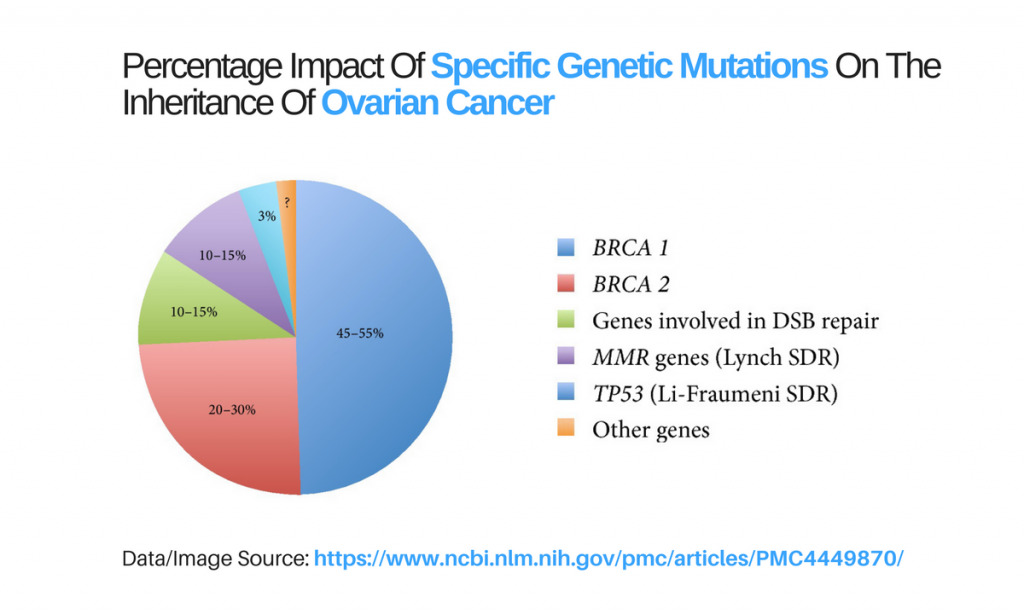 MMR genes, or Mis-Match Repair Genes (The 5 gene types that account for Lynch Syndrome) are responsible for 10-15% of all inherited Ovarian Cancer cases. And that is a signficant number, when we assess the number of women around the world who are at risk of developing Cancer.

“It (Lynch Syndrome) may be the most common cancer syndrome, but people aren’t thinking about it enough!”
-Dr Sapna Syngal, M.D. (Director of Gastro-Intestinal Genetics and Prevention Program at the Dana-Farber Cancer Institute, Boston)

Nell Casey, author of the Vogue dialogue on Lynch Syndrome, was just 42 years old when her mother tested positive as a carrier of MMR genes. This meant that Nell had a 50% chance of being a carrier herself. After a lab in Pavia confirmed the mutation in her bloodwork, she was informed that her “odds” of developing Ovarian Cancer were high. How high? 12 percent, compared to the regular 1.5% risk. In her own words, she did not think much of it until a genetic counselor helped her realize that this directly translated into an eightfold increased risk for a known fatal disease.

She then underwent a surgery in New York as advised by her doctors, but maintains that there is abject silence on the subject of awareness for Lynch Syndrome, and that many women continue to remain at that same increased, eightfold risk just because no one told them to get tested for its genetic markers. 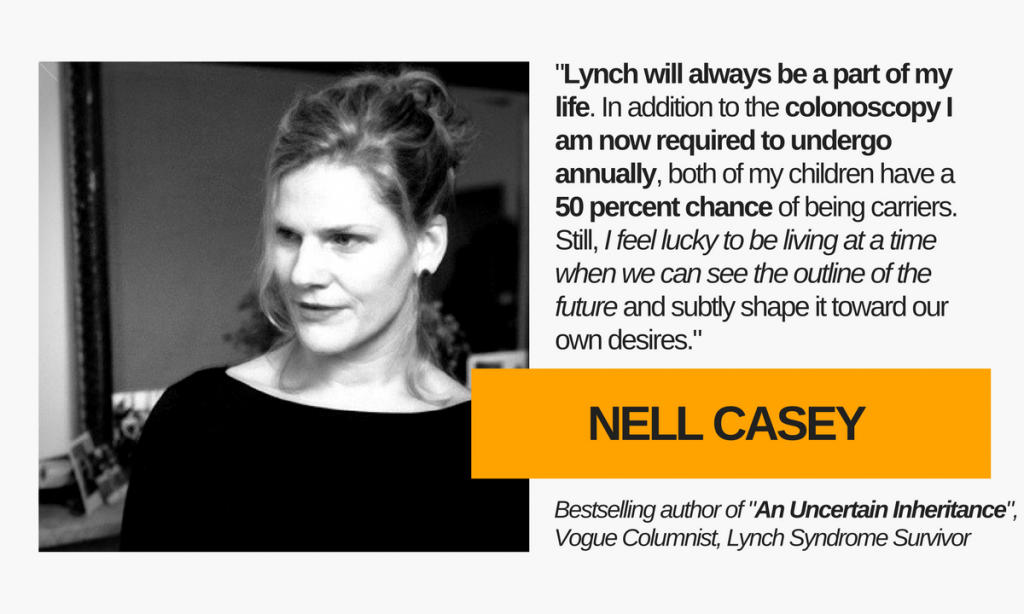 Are you at risk?

Nell’s story, just like the story of any Cancer patient, is unique. But Ovarian Cancer is a very real risk, one that threatens the lives of thousands of women in our country every year. As we get closer to International Women’s Day, we at Onco.com urge you to consider getting screened for the five genetic mutations that could position you as a Lynch Syndrome carrier.

Onco.com Salutes The Spirit Of Women Fighting Cancer – 50% Off For All Female Cancer Patients!