Survivor Story: Pulled into the Vicious Cycle of Stigma

For most of us, childhood is the safe refuge we return to whenever our mind is troubled. When we have a bad day at work, or an argument with a friend, we think about how life was much simpler as a child; when all we had to think about was playing in the park and watching our favourite cartoon shows. 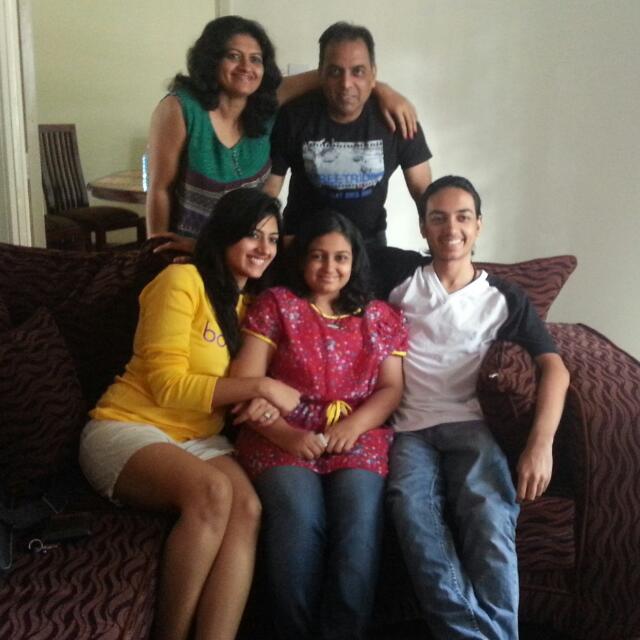 But for some of us, childhood was not a bed of roses. It was a difficult time, spent in pain, interspersed with hospital visits and uncertainties. That’s how a survivor of childhood cancer recalls her childhood.

The Story of Krishna 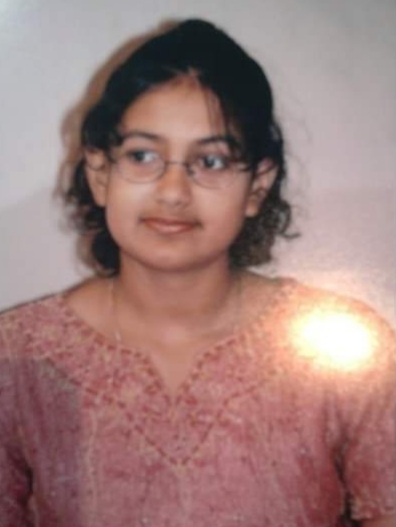 Krishna Mistry first experienced cancer in 2002 when she was 12. As someone who had never even experienced a headache yet, Krishna was busy with her schooling in Nairobi, Kenya.

When she came home from school one day, complaining of a bad headache, her mother decided to give her a head massage to soothe the pain. They suspected sinus, but while massaging her head, her mother felt a lump.

Maybe her daughter had hurt herself while playing badminton, she thought. But Krishna could not recall hurting herself. She went back to school the next day, with a note from her parents explaining that she could not complete her homework due to a headache.

By noon that day, her parents came back to collect her from school. They had been relentlessly thinking about her headache and the lump on her head. They would have no peace till they took her for a medical check-up.

Krishna was surprised at their anxiousness. She did not know why a simple headache was drawing such an urgent response from her parents. She didn’t realise at the time that it was their parental instinct that was pestering them into consulting a doctor at the earliest.

The Headache, The Outcome

At the hospital, doctors were consulted, a general physician first, then a neuro physician, and then an oncologist. A CT scan and multiple opinions later, it was confirmed that Krishna has a tumour.

Her parents lost no time after that. They booked the next flight to Mumbai where they had family. They wanted to consult specialists at the Hinduja Hospital. Krishna underwent surgery that lasted one whole day, ending with 32 stitches on her head. The tumour was malignant. She would have to undergo further treatment: chemotherapy and radiation therapy.

Krishna recalls how in between nine cycles of chemotherapy and one cycle of radiation, she lost all her hair. Her face was swollen and crooked. For a 12 year old girl, losing your looks can be a big blow to self -confidence. She was devastated. She did not hold back her temper.

She recalls how she was a ‘very bad patient’. She felt the doctors were mad and the treatment was making her more sick than she was before. She would scream. She would cry, hitting out at anyone who tried to comfort her.

How do you pacify a young girl who has lost her academic year, her hair, her looks and her peace of mind to cancer? It is a task that would scare even brave doctors. But it is a task that only a parent will undertake, willingly and full of love.

Her parents stood by her through every moment of the treatment, accepting her shouting, forgiving her tantrums, wiping her tears. “Nothing is wrong with you,” they would say to her confidently.

Nothing was wrong with their darling child. She would be fine and they would stay by her side till that happened. That is probably something that works alongside all the medication, and is also, in some way, responsible for recovery: unwavering love.

A year later, Krishna was well enough to go back to school. The doctors warned her that she must manage her expectations; it was likely that she would not excel in academics. It was also likely that hair would not grow back on a certain part of her head.

When she returned for her check-up at the same hospital a year later, the doctors were amazed at her progress. She had scored over 60 in every subject and her hair had grown back all over her scalp. Her mother had been massaging her scalp daily to promote hair growth.

Encouraged by her progress, her parents decided to move to Mumbai. The schooling was better here, they felt, and it would be good for her to join one of the prestigious schools here. Nothing could prepare them for the bias that awaited them.

It is unfortunate that many of us are still unaware of how to treat those who have suffered from cancer. Krishna’s mother was told by the principal of a leading school that they do not accept ‘those kinds’ of children there.

Since Krishna had lost a school year due to her cancer treatment, she was looked at as lagging behind, and therefore an unsuitable applicant. Krishna’s mother knew that explanations of treatment plans and side-effects would fail to convince the principal.

So she called her two daughters into the room. The girls were only a year apart in age. She asked the principal, “Can you guess which one of them had cancer?” The principal realised she couldn’t and thus, Krishna got her admission.

The bias and stigma was relentless. For the rest of her school life, Krishna had to face uncomplimentary comments and persistent insults. She was in the same class as her younger sister, who was an excellent student and scored 98 without much effort.

Krishna struggled hard to score 50 or 60%. Krishna recalls being called everything from lazy to dumb. But she also recalls a teacher who supported her at every step. This teacher had a son who had also suffered from childhood cancer.

She knew how it tore the confidence and mental capabilities of children. She understood Krishna’s pain because she had seen her son go through similar experiences. She encouraged and coached Krishna and ensured she passed her exams. The empathy from this teacher saw Krishna through the most harrowing part of her adolescent life.

However, the struggle has still not ended for her. A day before her biology board exam, Krishna felt nauseous. Her mother has ensured that she only ate home-made, clean food during her exams, so they were surprised that she was feeling sick.

Then she threw up, three times, and blacked out. When she woke up, she was in the ICU of a hospital. Her father, who worked in Kenya, was standing next to her. He calmed her fears about missing her exam. She would have to rest for now, he explained, she had been diagnosed with meningitis.

After she recovered, Krishna took the supplementary board exam and managed to pass with a lower score than expected. This was a dark point in her life as she felt her dreams were slipping out of her hands.

But her parents were by her side again, relentlessly motivating her, forcing her to find the confidence she needed, pushing her body into recovery with food and positivity. Krishna went on to start college life with a course in human development.

Krishna’s maternal uncle and his family also helped her cope with college and all the struggles that continued to follow her around. With time, she recovered not just physically but also academically. She completed her Masters with 80% marks, much to her delight.

Krishna’s story illustrates how the cycle of stigma around cancer works. Because she suffered from childhood cancer, people viewed her as different and out of the ordinary. This attitude from teachers and other adults, made her feel anxious and scrutinised. The anxiety hindered her performance further, and people’s low expectations of her became a self-fulfilling prophecy. How can a child be expected to do their best in an environment that constantly makes them feel inferior? Instead of helping them overcome what they have lost to cancer, social structures further bind them in chains by denying them opportunities that are rightly theirs. Be it participation in team sports, or the chance to find a life partner, at every stage, survivors are looked upon as lacking in some way. As a society, we need to introspect how we can break this vicious cycle and learn to be fair to our cancer fighters and survivors.

The Story Must Go On

She went on to join CanKids, an NGO that works in childhood cancer. She shared her own story with the parents who reached out to her there. She was what those parents needed to see, a living proof that their children could also have a normal life in future. 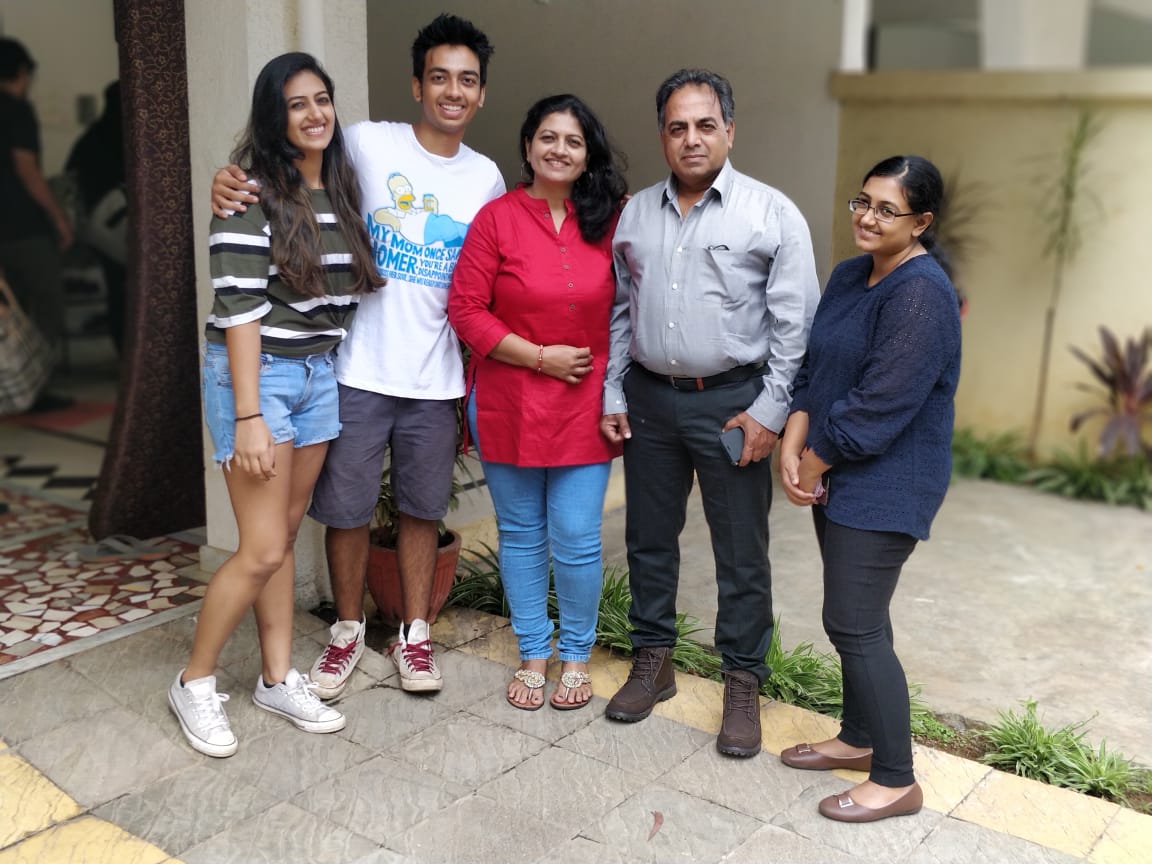 Krishna is currently planning to work abroad and is exploring the many opportunities that have opened up to her. We at Onco.com wish her all the very best and hope that every one of her dreams come true.