From the beginning of mankind, we have been telling stories and listening to stories; be it cave art depicting our hunting experiences, or our religious books documenting the lives of great men. Our need for stories is almost as old as our species.

This is probably why our cancer survivors, patients and caregivers gather around online every month, for our Talk Your Heart Out sessions. Listening to the cancer journey of another person is not just validating, it’s also empowering.

Last week, we had the pleasure of listening to Anju Dua, a teacher, a proud wife, mother and pet-mother, and a breast cancer survivor. 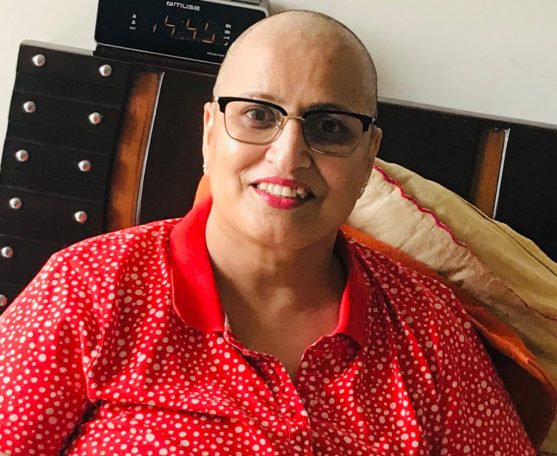 Her vivaciousness captivated all of us from the start. She speaks freely, honestly and cheerfully. Even when she narrates the worst parts of her cancer struggle, she is smiling. Her warmth is infectious and makes all of us smile in turn.

Anju stands out in any group of people. She is well-spoken and full of fun. She trained to be a lawyer but became an English teacher. She married her childhood friend who was in the air force. 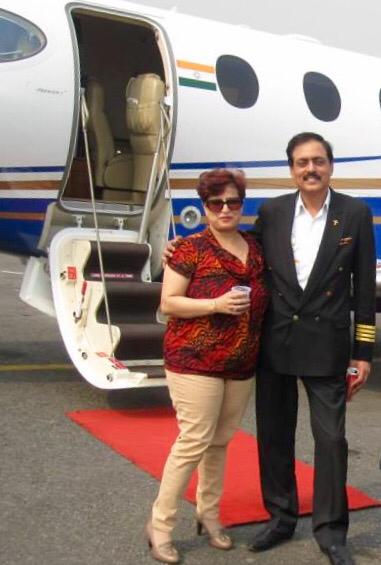 Her twin sister Manju and her younger sister Renu have been her close support throughout her life and especially during her touch phase.

Mother to a 25 year-old, Anju enjoys her life, her home and her family to the fullest.

Anju used to take mammograms regularly as she knew the importance of cancer screening. It was during one such screening that they discovered a very small lesion in her right breast.

Anju describes it as a ‘bolt from the blue’. She had not expected it at all, as she has no symptoms and was healthy.

Since cancer in the early stages has a much higher cure rate, early detection becomes crucial. And therefore, regular screening, and breast self-examinations can save lives.

Anju awaited her biopsy results to confirm if she had cancer or not. That was a difficult time. In her own words, she was ‘like a yoyo’. One moment she would feel that it would all be fine and there would be no cancer, the next she would anxiously wonder if the reports might come back positive for cancer.

When the results came back positive for cancer, Anju felt a strong sense of calm. She felt like knowing was better than not knowing. She decided that she would face it and do her best.

Being of a spiritual nature, Anju feels it is futile to blame God for bad news. She believes in taking it in her stride rather than resisting what cannot be changed.

Although the oncologists thought that only radiation would be required for Anju, from the biopsy it was discovered that her lymph nodes had also been affected. So she had to undergo chemotherapy as well.

Anju found it helpful to speak to a counsellor during her treatment. It helped to have her family around her this time.

Her family had made it a point to stay positive in front of her. They were going through an emotional upheaval too and would express their worries only when she was not present. In front of Anju, they put up a brave and cheerful face so that she too can stay strong.

Anju feels cancer has made her a better person. She says, “I’m happy I got cancer.” She feels she has caused her to improve as a person and has become more spiritual. She is now more accepting of others.

Anju chose to take her chemotherapy sessions at a 21-day interval. This increased the duration of her treatment, but it gave her time to recover in between.

The first few days after the chemotherapy, Anju would feel extremely tired. But within a week, she would be back to cooking and doing her chores around the house. This gave her a sense of wellbeing.

Anju has these tips for dealing with cancer-related fatigue:

Yes, there were ulcers in her mouth and eating became difficult. But even if it was a bland diet, or even coconut water, Anju made sure she was consuming whatever food she could.

Anju had a lady come over to massage her daily. This soothed her and she felt it really helped with her recovery process.

Even if it was just a walk around the house, or cooking when she could, Anju felt doing something that you love takes your mind off your tiredness.

Watching Netflix helped Anju relax and just keep her distracted. Since most cancer patients are not allowed to go out, due to their compromised immune system, they need to find ways to relax within the home.

Having a positive example

Anju recalls how a friend, Gayatri Bhatt, became a positive example for her. Gayatri had been dealing with cancer for several years now.

As a result of this prolonged struggle, she had to face a lot of long-term side-effects. Her leg had grown shorter and her mobility was affected.

But through all of this, she remained confident of her ability to deal with cancer. She Would call Anju now and then to check on her, and give her some encouragement.

Speaking with Gayatri, Anju felt like she too could take on cancer and still live a happy life. Having an example of a cancer survivor, made her feel motivated and positive.

The first few days after completion of treatment were difficult. Anju had a pain in her shoulder and was not able to lift her arms up. She couldn’t dress herself and couldn’t do a few other things like lifting things.

She had been looking forward to completing treatment. Since she was home-bound for the entire treatment, she wanted to finally go out and meet her friends. But she found herself unable to do this as the lockdown had been announced.

Anju confesses she felt depressed. She felt restricted and it was hard to stay positive.

Even though her entire family rallied around her, cheering her on and helping her, Anju still felt low. She had to lift herself out of this despondence to be able to feel better again.

It took time but Anju got there. Today, a year and half since her treatment, Anju feels fine. She is independent again, preferring to do most of her chores herself, including cleaning her home.

Anju’s message to you

Anju shares that it is pointless to fall into the trap of wondering ‘why me?’ Spending hours wondering why you had to get cancer, if it could have been avoided, blaming yourself or your situation is not going to help you in any way.

Anju’s advice is: Don’t let cancer take control of your life. Stay in control. Cancer is nothing, it’s a temporary thing.

Yes, it can be painful. Anju still has scars and burns on my body. But she does not let it bring her down.

Keep a goal in mind. Anju’s goal was to eat spicy food once she finished treatment. Your goal could be to travel again, or to get back to work. Keep your focus on inching closer to that goal.

Anju recalls how her friend Gayatri had helped her as a positive example of dealing with cancer. Today, Anju is a source of inspiration for other cancer fighters. She knows how important it is to share her cancer story with others who are still struggling with cancer.

If you are a survivor, do share your journey with us so that they might be encouraged to keep fighting. If you are a cancer fighter and would like to be connected with a cancer survivor, let us know at community@onco.com.

World Cancer Day 2021: Why it Matters