My name is Ram Reddy. My life as I knew it, changed forever in July 2015 when I found out I had Testicular Cancer. This is my story, and partly a confession on why I’ve decided to only marry someone who is battling cancer. 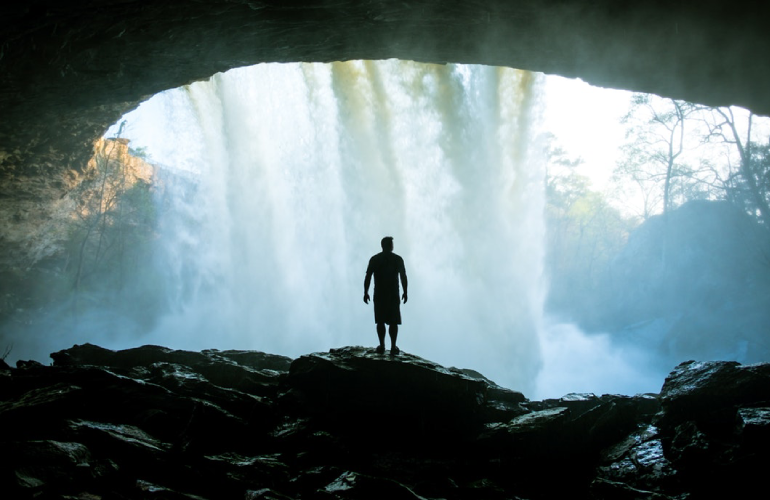 This is a patient-story, narrated in first person by a Cancer survivor. The views expressed in this article are the author’s own, and do not reflect the opinion of Onco.com as an organization.

Beginning At The End

Ever had a moment in life when that big, cinematic ‘THE END’ takes over your eyelids? That happened to me in the year 2015, right after a failed attempt to treat Dengue, which wasn’t Dengue. I remember sparingly little details, thanks to how our brains are wired; I remember complaining of a little more chest pain than usual, and some uneasiness. I don’t remember the way to the hospital. But I cannot forget the look in the doctor’s eyes when he studied my bloodwork, requested my vital stats, and told me that I needed to get ‘admitted’ immediately.

Funny how other people need time before they give you your bad news.

I was in Pune at the time, and confused about my 180 BPM heart rate and the cryptic request to get an X Ray done, I obliged. The X Ray revealed a growth, and the hospital advised a biopsy. Faced with a language challenge (I’m not that great with Hindi or Marathi) I flew to Hyderabad, where a prominent hospital confirmed the diagnosis as Testicular Cancer – Seminoma.

They started explaining the details, but my ‘THE END’ moment had started. I just heard ‘Cancer’ and did everything you would do, if you placed yourself in my shoes.

The doctors tried unsuccesfully at first, to convince me that I had a rare type of Cancer that was treatable. Then, sensing my reluctance and fear, one of the doctors told me that my cancer (Seminoma) was the same type of disease that Yuvraj Singh had in 2011, and that it was highly curable.

I called my parents, who told me ‘not to tell anyone’. Also, they were coming over. I got admitted.

I was a working professional with a decent sense of preemptive economic planning, so naturally I ended up using all my resources (About Rs 2-3 lakhs in savings) on a battery of tests that the hospital suggested, before laying out a final line of treatment. They concluded that it was a 7 cm tumor, which was treatable with Chemotherapy & Radiation.

So I got started on Chemotherapy.

In Cancer, you start to realize how important the little things from your old life were. Like being able to see your friends every day, eating a deep fried snack without worrying about dying, or simpler things – like getting out of bed and going to the toilet on your own.

Lucky for me, two of my closest friends volunteered and took turns to watch me when my parents were resting. On the other counts? Not so lucky. Welcome to the side effects of Chemo.

First, my hair went. Close your eyes, and imagine a frail man with no hair whatsoever – No eyebrows, no beard, no body hair. Just a pale frame. That was me. The doctors had allowed me a very minimal choice of food, restricted to a bowl of rice, sambhar, boiled vegetables and some nuts.

Then, my desire to eat started to evaporate. Cancer kills your weight and then your appetite. I felt frequently nauseous, developed ulcers in my mouth, salivated like a hungry puppy, had recurring bouts of searing headache and kept collapsing every time I stood up.

My routine? 8 days of Chemotherapy at a stretch, with scary IVs pumping drugs into my system from 6 AM in the morning to 6 PM in the evening. That’s just one cycle. I had to go through four of these cycles, with 20 day gaps in between, at this hospital.

I was getting thinner, poorer and depressed with each passing day.

After my first 4 cycles, I realized I was out of money. This is a common realization in most cancer journeys. I couldn’t afford this five star experience anymore, so I stayed in touch with some of my doctors and moved my treatment to a semi-government centre. That cut my costs down by about a third, but my hopes by about half.

I’m pretty sure any patient who goes through four or five cycles of Chemotherapy would react the same way I did – After my first new Chemo cycle and a PET CT scan at the state sponsored clinic, the doctor told me that the tumor had reduced to 1 centimeter, and that follow-up radiation treatments would solve it.

I had studied enough horror stories about the side effects of radiation, and I was still fresh from the Chemo trauma – so I rejected the suggestion. My body couldn’t take any more treatment, I knew it.

Fortunately, the doctors said that the tumor wasn’t likely to grow anymore, explaining how lucky I was and that I still needed to be on a diet, engage in mild physical activity every morning (really?) and come in for follow-up scans every three months.

The Beginning Of Trauma

Between my quarterly follow-up appointments and dry lifestyle, I tried getting back to work. I had bills and my parents to look after!

Now I’m not saying I’m a particularly great student or candidate, but prior to Cancer I did fairly well. Post therapy? Not so much. I kept faltering at interviews, stuttering to answer questions that were once at the tip of my tongue. I was experiencing nervous breakdowns and palpitations in all professional and personal conversations, topped off with a little serving of memory loss. I approached my doctor, who told me this was fairly common in post-Chemo patients, and that this was a ‘phase’.

My new breakfast became ABC juice (It’s this neat little combination of Apple, Beetroot and Carrots). My lunch? Pomegrenate juice. I needed recovery, and I needed it from Nature. Slowly, my resolve to live started growing back, from a scared infantile emotion, into a phoneix, that said ‘No. We’re not giving up. Not at this point, not now, not ever.’ 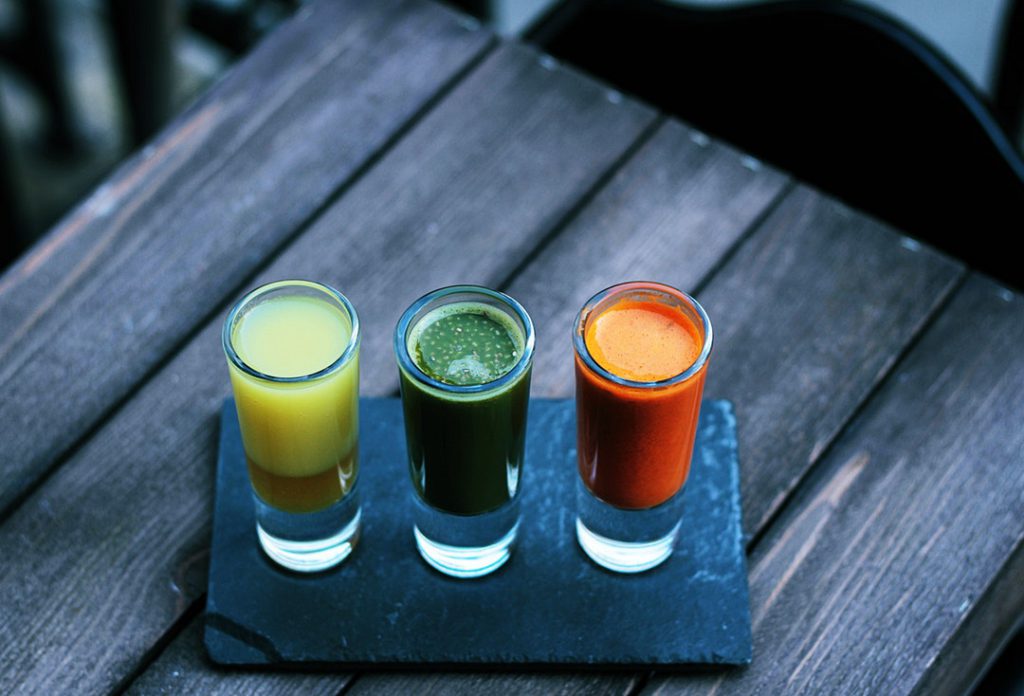 In October 2017, after my n-th follow-up scan (Honestly, I lost count), the doctors told me that I was 100% Cancer-free. No signs of the tumor. No signs of metastasis. They told me to stick to the diet (I kinda like the juices anyway now!) and be careful for a while but my two-year ‘fight’ with Cancer was over.

Deciding To Look For #CancerWoman

I come from a simple family, and my parents wanted me to marry and settle down much before this episode began. Even with my job struggles and my coping patterns, they kept insisting that I get hitched, right after the doctors had let me off the hook. This was a new kind of pressure.

The psychological effects of Cancer don’t just ‘go away’. They don’t disappear the way tumors do. You’re never truly “Immune” against your own vulnerabilities. And in my heart, I knew that someone without exposure to Cancer first hand would never ever understand me completely. And that’s what I told my parents. I said I was only going to get married to a woman who is fighting cancer, or someone who has fought and overcome it.

I know it’s a little unorthodox way of dating, but my mind is made up. In the past few weeks and months, I have attended every cancer marathon that I could get an invitation to, participated in every Cancer awareness and support camp that I could find, and I intend to keep doing this till the time I find a woman who needs me as much as I need her to understand me, and I won’t stop even then. I intend to do this for the rest of my life, and I am convinced that it won’t be enough.

If you are a Cancer patient, you may have a slight idea about what I’m saying. In that case, I request you to share this story and help me do what I have set out to do.

This is a patient-story, narrated in first person by a Cancer survivor. The views expressed in this article are the author’s own, and do not reflect the opinion of Onco.com as an organization.

If you wish to contact the patient for an interview/any other queries, please drop a line to team@onco.com