How a Cancer Survivor Feeds Millions: The Story of Anchal Sharma

Those are the words Anchal uses to describe herself. Those who know about her work say she is nothing less than extraordinary.

She set up the ‘Meals For Happiness’ foundation and has fed 2,000,000 hungry people during this pandemic alone. 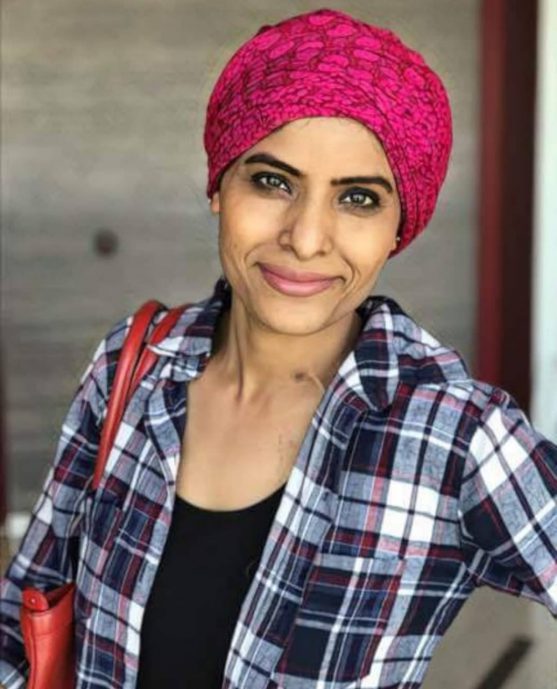 Even in the midst of this pandemic, she and her team go to the covid hotspots ensuring that no one is going hungry. From school children to daily wage labourers, she fixes meals for everyone.

This is only one of the many NGOs that she is involved in. She also coaches cancer patients and corporate employees on stress management. She does webinars and never says no to anyone who wants to talk to her.

How she manages all of this is difficult to understand. What makes it even more incredible is that she is a breast cancer survivor.

Yet, Anchal has no airs. She is very open about her shortcomings, openly admitting that she is a ninth standard dropout and comes from a background of financial difficulties. She has seen many difficult times within her family, and with her health.

How did this average girl who was given an average hand of cards by fate, come out all aces?

When Anchal narrates her story, you notice something different about her. While others tend to focus on how they felt at each step in their journey, Anchal tends to focus on how she thought.

It’s not like Anchal has no feelings. In fact her feelings are so overwhelming at times that she has to take the help of her thoughts to find a practical solution to managing them.

For example, when Anchal was first diagnosed with breast cancer, she decided not to tell her family about it. They were preparing for her younger brother’s marriage. Her sister had a bad marriage and they were coping with the aftermath of that. Anchal was still a major financial support for her family.

At this point to be burdened with a life threatening disease was overwhelming. But instead of indulging in self-pity, she decided to be practical about the problem at hand.

She knew having or not having cancer was not in her control. No amount of crying would change that. She did cry because she is a human after all. But the next day she decided to focus on what was in her control: the treatment.

She told the doctor she would have to continue working through her treatment. So she got a chemo port, instead of a canola. This gave her mobility and a chance to continue doing her chores.

She knew the surgery was an unavoidable part of her breast cancer treatment. Instead of fearing it, she chose to get it over with as soon as possible.

Instead of wasting more time wondering why this had happened to her, she chose to trust her doctor and follow all his directions carefully.

By focusing on what was within her control, she pushed herself out of negative thoughts into a positive mindset.

Even when her family could not provide a lot of help with her cancer treatment, she took it as an advantage because she could now plan her treatment with complete freedom.

She began to help as many people as she could, with food, with help, with  advice, or with a listening ear. Whatever she could give, she gave.

Even while her radiation therapy was still going on, Anchal was supplying food to the economically backward areas of her city. She would accompany the food trucks herself and help in preparing and supplying the food.

Seeing the joy in the eyes of the little children whose stomachs she filled, was the biggest blessing she could have asked for.

She did not worry about contracting infections or losing her health. She strongly believes that God helps those who help others. She felt He will take care of her.

But being the practical person she is, Anchal also made sure that she and her entire team followed all safety protocols. They ensure that they were in protective suits and completely sanitised to minimise the risk of infection.

Anchal is grateful to her cancer for having given her a second chance at life. She believes her life greatly improved after cancer. She learnt to count her blessings and to reach out to those who need her.

At the end of a long hard day of supplying food, Anchal enjoys the feeling of tiredness and body aches. They come from having done something good to someone, and are a small price to pay in return for the happiness of the children who will not go hungry that day.

If you want to help Anchal feed more children, you can contribute to her in whatever way you can; through donations, volunteering or by working with her. You can also spread the word about her efforts so that more hands join her in this good work.

You can know more about Anchal’s work or make a donation here.

Cervical Cancer Treatment: How You Can Deal With The Side Effects