There are some struggles that you want to remember fondly, and cancer isn’t one of them. I’m a mother and this is my story of the five stages of fighting death. 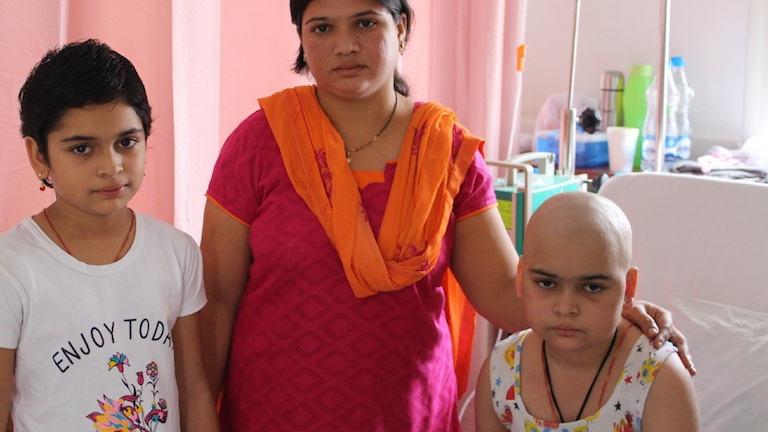 Please note that this post is an anglicized transcript of a patient interview, containing the patient’s personal opinions, and is not representative of Onco.com’s views on the subject.

My name is Noori, and I have two incredible daughters. Everything else in my life became insignificant some time back, when a general physician from a Kurnool government clinic told me that my daughter had Acute Lymphoblastic Leukemia.

I didn’t know what it meant. Then, someone explained it in a language that cannot be ignored.

My daughter’s own immune system was eating away at the cells that carried oxygen in her veins. The part of her body that was supposed to make her stronger, was trying to kill her instead! In that moment, I realized just how easy it was to forget all my other problems. No more worrying about her grades, no more obsessing against her desire to dance on a school night. When you have children, you wonder how life will turn out when they grow up. I was a young girl once, and for a while I thought I knew what lay in store for me, until I didn’t anymore.

My daughter was just nine years old at the time of her diagnosis, and before that I was only worried about her fever, nausea and stomach troubles because she wasn’t going to school. I was deeply angry at my ignorance when I found out about the cancer; A series of cruel questions, all beginning with ‘Why didn’t I’ and ‘Why didn’t they’ started filling up my thoughts.

A simple blood test would’ve told us earlier. Why didn’t anyone suggest a blood test?

Maybe this is all just a nightmare. Why does everyone keep saying my daughter has cancer?

What am I going to tell my daughter? She’s just a child! 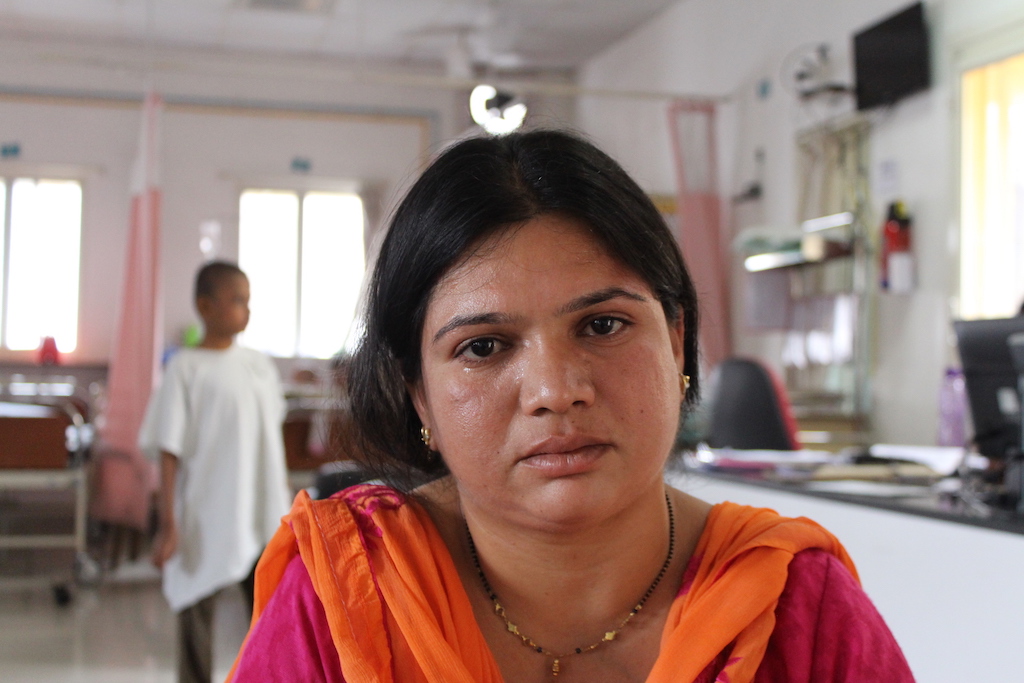 Cancer makes you regret everything that used to make you happy. It made us regret the city we lived in, our home, the money we put into renovating it… basically anything that didn’t solve our daughter’s cancer, became a regret. I remember thinking that the diagnosis was the hard part. Then they told us about the bill, and that our insurance wouldn’t cover it.

It’s one thing to say ‘Cancer treatment is costly.’ Really paying for it is pure horror. The local doctors advised us to visit a famous hospital in South India, where they wanted to start my daughter’s chemotherapy treatment. Apart from injecting our daughter with poisonous chemicals, we had another serious problem – this would cost us about 30 Lakh rupees.

I’m a mother, and it was surprisingly easy and painless for me and my husband to sell the car, my jewelry, my husband’s business, and to do everything that we could do to save my daughter’s life.

We lived through the denial. We managed to cough up the money. But we still didn’t know if our daughter was going to be okay, and we didn’t know if the doctors knew exactly what they were doing. Nobody seemed to know all the answers. Some of them even asked us to keep praying, which didn’t give us a lot of confidence.

After four complete chemotherapy cycles, during which my daughter’s reports had briefly shown signs of recovery, she relapsed.

“Relapsed” – another word that you can spend your whole life not knowing, when your child’s life doesn’t depend on it. But in a world known only to those affected by cancer, only two phrases remain – relapsed, versus ‘in-remission’. And my daughter was not in remission, which meant that she was dying.

After she relapsed, we did things in a hasty mix of anger, fear and desperation. We prayed at temples, mosques, churches… we almost lost our faith in western medicine, and searched for self-proclaimed ‘alternative therapists’, faith healers, miracle healers – basically everyone, and god. Nothing worked, my daughter’s condition kept getting worse, and my husband & I – we kept cursing that cruel word – cancer, for killing our daughter slowly and mercilessly.

All our daughter knew, was that she had dengue – because that’s all we told her. But she kept asking us every few weeks why she wasn’t getting better, and we kept asking ourselves the same thing.

Why wasn’t our daughter getting better?

Stage 4: From Why to How

‘Why’ is a weak question, but if you focus on the answer, it might lead you to ‘How’. Why was my daughter dying? Because we didn’t know how to treat her. We blamed it on the disease, but the reality was – we didn’t know what treatment would work, because we had never tried anything other than what our hospitals had advised. If we had been rich, wouldn’t we have travelled to the west? Hadn’t they developed better treatment methods, things that our hospitals didn’t know yet? I kept thinking, there had to be a way to get that information, because this uncertainty was more painful than the disease.

I went online. The internet is scary, almost as scary as our local cancer hospital. But I was looking for a specific solution to save my daughter’s life. I searched for inexpensive ways to talk to international cancer experts, and found a service that promised to connect me to a panel of American oncologists. It seemed too good to be true, but it was my only chance to find out what else we could do for our daughter.

I signed up for the service, ignoring the possibility that it might end up being another unnecessary expenditure. Why? Because I’m a mother.

After sending my daughter’s old reports and medical history to this company, I waited, and kept praying. It was a difficult time, because our bills had piled up, and we owed money to a lot of people. In about three days, we received a response from an American oncologist, explaining that my daughter’s young age meant that she had a solid chance of recovery with guided therapy and a bone marrow transplant. ‘Your daughter will live’, they said. And that’s all I needed to hear as a mother.

Following the recommendation, we moved our daughter to Baptist Hospital in Bangalore. I have rented a room next to the hospital (although it’s safe to say that the attender’s bed is my real home), and my husband is touring this new city for odd jobs.

We had it all, and we lost it all. Life has come around full circle, and there’s literally no other way to explain the newfound confidence which now pushes us, except the certainty of the treatment we’re trying to get for her.

It took the doctors at Baptist a few months to confirm that the recommended treatment plan was indeed working, and that we should now be worried about sourcing the money to fund a Bone-Marrow Transplant, which will cost about Fifty Lakhs. Initially, it seemed like Kurnool and Vellore all over again, and we started panicking, but the difference this time is obvious even to us.

This time, we know that the treatment is going to work, we just don’t have the money yet. But money, any day, is a better enemy than cancer.

Thanks to the love & support from the incredible people of this city, we’ve run two successful fundraisers, and the last one helped us raise 5 lakhs, almost twice what we were expecting. We’re trying to learn better ways of raising money, and we won’t stop till we succeed.

We won’t go quietly into the night. We will rage, rage, against the dying of the light. My name is Noori, and my daughter gets to have a second chance at life, with a Bone Marrow Transplant. Please help us save her.

Note From The Onco.com Team

This article is an anglicised version of an interview with Noori, who happens to be a passionate young mother, and a true symbol of hope. Noori’s family has run two successful fundraisers in the past, and are running one right now to help save their child. You can donate here: https://www.impactguru.com/fundraiser/help-neha