Second Opinions Are Critical: Learn how Steve Jobs fought cancer with the right diagnosis, extending life expectancy when Apple needed him the most. 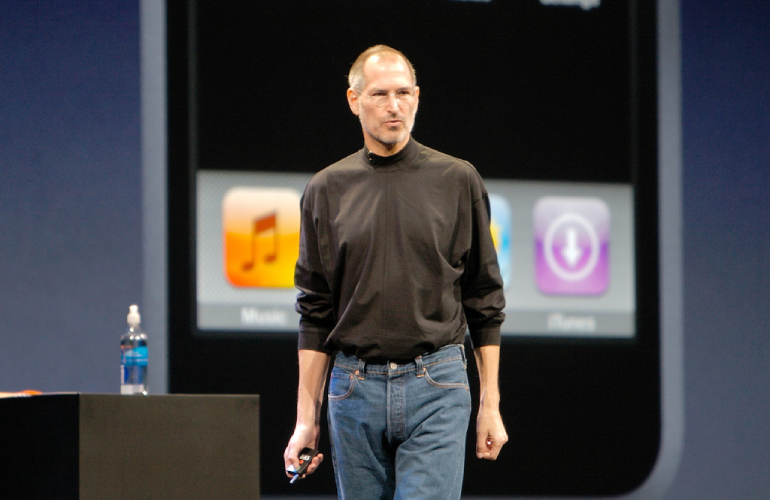 The trouble with misfits, as Steve Jobs would say, was that they refused to comply. As an entrepreneur who pioneered successive revolutions in personal computing & portable devices, Jobs will always be remembered as an aggressive creator and visionary innovator, who never settled for what the world believed to be a norm.

Of course – we know him as the man who famously put a thousand songs in your pocket and gave the world exceptionally efficient and beautiful gadgets; we have admired his ideas on life and debated endlessly about his arguments. We have smiled at his antics and shed tears at his interpretation of Gandhi. But there is another story – one that runs parallel to his tales of entrepreneurial excellence, and sadly, the one that gets misrepresented the most.

As is the case with volatile urban legends, it is widely speculated that Steve Jobs outlived the general life expectancy of a terminal pancreatic cancer patient. He was diagnosed, after all, in 2003!

It is common knowledge that Jobs was never too vocal about personal issues. At the helm of a publicly traded computing giant however, he was answerable to his board, shareholders, and members of the Apple tribe. Even so, Steve usually refrained from focusing on the specifics of his diagnosis, which led many to believe that he suffered from pancreatic cancer.

However, there is a general consensus within the medical fraternity that pancreatic cancer (Adenocarcinoma) would have translated into an expedited death, shortly after his diagnosis was confirmed in 2003. What really allowed Jobs to live reasonably well for the next 8 years, was an accuratediagnosis.

Among a very few instances where Jobs decided to throw some light to his diagnosis, he referred to his affliction as a “hormonal imbalance” as opposed to your regular, run-of-the-mill Pancreatic Cancer.

In a convocation speech at Stanford University in 2005 (now popular, thanks to YouTube), Jobs reflected back on the discovery of a tumor in his pancreas in 2003, and the initial reaction of his doctors who were almost certain at the time, that it was an ‘incurable’ type of cancer, giving him a probable life expectancy of 3 to 6 months.

I lived with that diagnosis all day. Later that evening I had a biopsy, where they stuck an endoscope down my throat, through my stomach and into my intestines, put a needle into my pancreas and got a few cells from the tumor. I was sedated, but my wife, who was there, told me that when they viewed the cells under a microscope the doctors started crying because it turned out to be a very rare form of cancer that is curable with surgery. I had the surgery, and I’m fine now.

It is confirmed today, that Jobs suffered from Neuroendocrine Cancer. Due to a lack of clear public understanding and widespread awareness about the disease (It is reported that as few as 10 cancer specialists in the world fully understood Neuroendocrine Cancer in 2001), its symptoms were often mistaken for Pancreatic Cancer, Irritable Bowel Syndrome or Crohn’s Disease.

Following his surgery, Jobs lived for 8 more years, and during this time, administrative responsibilities at Apple were gradually handed down to the right personnel.

It isn’t hard to understand that a man of Jobs’ stature had access to the absolute best that the medicare industry had to offer at the time, and that his diagnosis and subsequent surgery were accelerated by the availability of dedicated on-call specialists whenever required. In other words, Jobs didn’t have to worry about the credibility of the treatment he was receiving.

Sadly, though – misdiagnosis and incorrect treatments result in a huge number of deaths around the world today.

Not everyone can afford to deploy medical resources like Steve Jobs did, and yet – as many as 1,000 patients are diagnosed with Neuroendocrine cancer each year in the United States alone.

With the right push and timely access to specialists, they can be treated well, treated right, and allowed the same life expectancy extensions as Jobs enjoyed, if not more.

Plagued by the deplorable condition of state-sponsored and privately-distributed health insurance providers and non-availability of surplus funds, most cancer patients in the world today have their options severely limited to standard-issue procedures for diagnosis and treatment. While rare cases such as Neuroendocrine tumors require special analysis, it is still extremely common to find misinterpretations of its symptoms.

The general population still doesn’t have enough access to specialists. Even if they go to general physicians and hospitals, they get referred to standard procedures such as chemotherapy and radiation therapy. In fact, credible and qualified second opinions were really hard to source, until a new wave of internet-enabled services made it possible to connect patients with specialists and multidisciplinary panels of oncologists.

At Onco.com, we offer single consultations with domestic & international oncologists, as well as a tumor-board review for advanced cases, for patients who wish to have their ongoing cancer treatment reviewed. In a reference that Jobs would have probably humored, we are trying to intervene as an ‘Autocorrect’ service for cancer treatments around the world, with the availability of an unbiased consultation/treatment being our top priority.

Any patient, irrespective of the stage of their diagnosis/treatment, can send us their existing medical data and receive an accurate analysis of their treatment, and we will revert with any necessary course corrections, as well as suggestions about possible clinical trial engagements that can really make a difference. Not being affiliated to any hospital or treatment centre allows us to be focused only on the right advice for cancer patients, and lets us push forward into a world where everyone has access to the diagnostic advantages that helped Steve Jobs live for eight more years.

Want to know more? Visit us at www.onco.com to learn about our services or to sign up for a customised consultation with an expert oncologist.

5 Things Every Cancer Patient and Their Families Must Know