His presence, even if it’s a silent presence, is a reassurance for the entire family. My dad is no different. He is a part of almost all my important memories of life. And in some ways, I have unknowingly modelled myself on him. 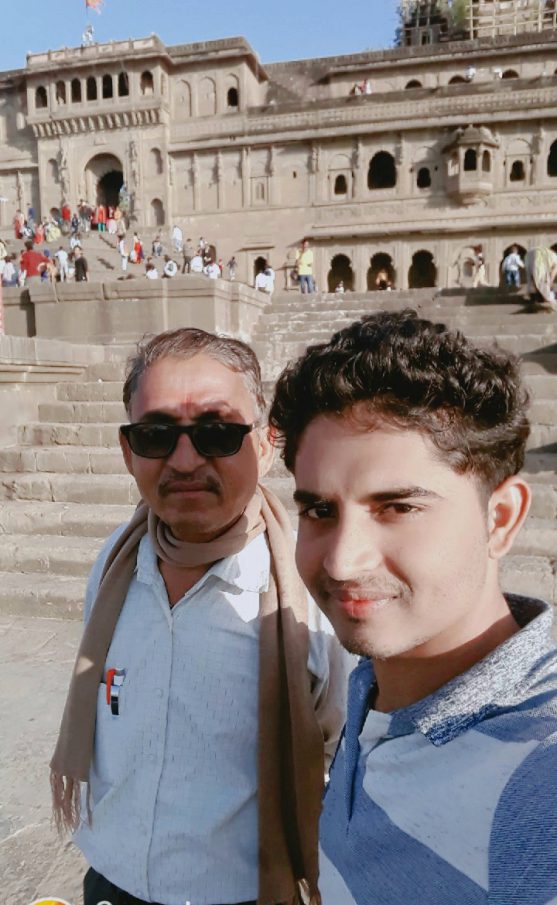 When his silent and strong pillar of the family started to become unwell, it bothered all of us. First, it was vomiting and then, he had giddiness.

It was not only that we did not know what was wrong with him even after visiting the general physician several times. It was also that we were not used to seeing him like this. How do you take care of the person who takes care of the entire family?

Things got more difficult. My dad’s speech started to slur and he couldn’t recall some matters. That’s when the diagnosis began to form.

When the first set of reports spotted a tumour in his brain, we felt sure that it was just a benign tumour. It couldn’t be anything else. Why were we so sure? Or was it just our fear that it could be something else? We wanted to hold on to the feeling that his illness was nothing serious.

But the biopsy confirmed what we refused to believe. Brain tumour is a very difficult word to say aloud. Even without any context, it brings panic into the mind of the listener. Imagine saying those words in the same sentence as ‘my father’. It’s just unthinkable.

The reports said that my dad had left frontal glioblastoma, grade IV, with S/P craniotomy and tumour decompression. He would have to go through surgery. He is 54 years old and he would have to undergo 6-8 cycles of chemotherapy. He would also have to take radiotherapy after that.

Time is of essence in such matters and there is no time to brood over matters. It’s a race against the disease and you have to get to it before it can get to you.

The positive first step after a cancer diagnosis is acceptance. We learnt that after several rounds of denial, accusations, disbelief and arguments. We contacted Onco.com to be doubly sure of this diagnosis. They explained my father’s condition clearly and charted out our options and the pros and cons of each option.

After the surgery, we began chemotherapy. Even though we, as a family, were still struggling with the diagnosis, the caregiving, the arrangements etc, we made sure the treatment proceeded as per schedule.

But soon, even that faced a road block. The lockdown was declared and we were stuck without regular access to hospitals and oncologists.

But we were guided well through those hurdles by Onco.com. Although a few delays were inevitable, the treatment continued without a break.

My dad is still undergoing treatment for his tumour. He is currently facing the side-effects of radiation, especially on his skin.

But we are happier than we were four months ago when the treatment had not yet started. At least now we know what the problem is and that we are working on the solution.

It’s still tough to go through this, not just for me, or my dad but our entire family. But we know that this treatment is the best shot we have at facing grade 4 brain tumour. And we are giving this our everything.

Looking forward to the light at the end of the tunnel. The oncologists have advised us that my dad is responding well to the treatment. Now, we just have to push for the finish line.

Looking forward to seeing dad as he always has been, happy, pain-free and … just my dad.

*Dheeraj shared this story of his father to help us understand brain tumours better. If you have a story to share with us, write to us at community@onco.com.

Cancer Survivorship and Beyond