“Suffering is Optional”: The True Story of a Cancer Winner

What does it take to be successful? Some might say financial stability, others might say good interpersonal relationships or academic success. Bhupendra Tripathi had all of these. 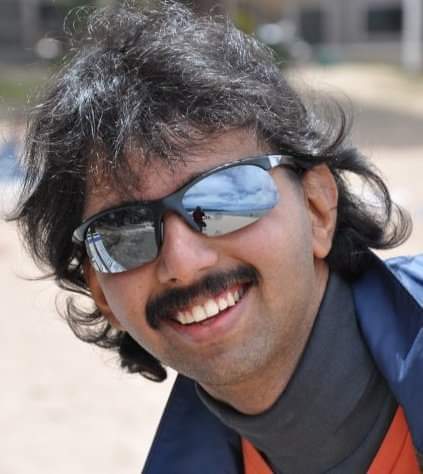 Having topped the state of Gujarat in 12th Science CBSE Board, Bhupendra received the prestigious Dhirubhai Ambani Merit-based Scholarship throughout his Bachelors of Engineering programme in the discipline of Information Technology, followed by a dream career of 8+ years in TCS, a  span which was marked by multiple awards conferred upon him for his professional accomplishments.

All of this changed one fateful night. A few days before he was to fly to Finland for an onsite project, he collapsed while returning from the bathroom. He had to be lifted off the floor as he just couldn’t move.

Soon, a  neurosurgeon  diagnosed him with  a  bout of severe paralysis. Scans revealed a  shocking reality. He was found to be having multiple tumours all over his spine. His biopsy of the bone marrow sample confirmed that he had Stage IV, Non-Hodgkin’s Lymphoma. As if this was not all, oncologists believed he was a  terminal case with a maximum 6-weeks of survival.

For someone who has been consistently shining both in academics and work, repeatedly being recognised for his extraordinary performances via accolades and rewards, these sudden change of events

could have been definitely daunting. However, the initial tide of panic, disappointment and anger subsided when Bhupendra looked into the eyes of his mother.

A lamp in the darkness

Bhupendra’s mother is  a spiritual and devotional lady. She drew inner-strength from her prayers and her disciplined way of life.

To find her beloved son lying paralysed on a hospital bed, with death looming large in his youth, can shake even the strongest of women. But his mother, Laxmi, did not break. In this moment of utter helplessness, when Bhupendra was frantically searching for solace in his mother’s eyes, he did not see any traces of fear or melancholy he expected. She was unbelievably calm.

The doctors advised that it was too late to begin any treatment for Bhupendra. She refused to accept that.

She declared that she was not letting him go without any treatment. She believed that miracles were waiting to happen once the treatment began. 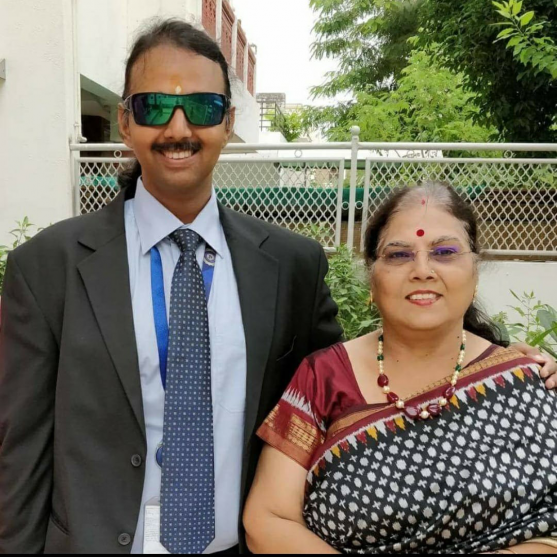 Her confidence and composure was a cue for Bhupendra. As he had been doing from his childhood, once again, he imbibed her unshakable confidence and braced himself for his challenging treatment ahead.

This one gesture of strength from his mother, changed the course of Bhupendra’s cancer journey.

Many times through this journey, his mother became a source of light for him, guiding him on which direction to take in the darkness.

Apart from 2-3  physiotherapy sessions per day, Bhupendra’s cancer treatment protocol was not an easy one. From radiation and chemotherapy, to agonising lumbar puncture procedures, he had a  lot to bear with.

For several months, he had to wear a steel jacket. This was being done to keep his spine fully erect all the time. A  team of three care-givers used to synchronously move his body from one side to another, like a  log of wood, so as not to break his fragile spine in the process.

Pain was his loyal companion in this journey. Apart from the acute physical pain, there were nagging negative thoughts  of being a burden on his parents in his prime youth. The emotional baggage that arose from this was overwhelming.

His mother explained to him that he had always made his parents proud, be it during his school days or career. He had always given them many occasions to be joyful. And she was certain that in future too, he would keep on giving them many chances to rejoice. Her loving words pumped courage in Bhupendra’s bloodstream

Caregivers often underestimate the power of their words. A simple gesture of love and encouragement can positively impact the cancer fighter immensely.

Through this journey, Bhupendra lost much. Years were lost to treatment, and he eventually also lost his complete eyesight. But amazingly, all these setbacks did not deter him from his habit of winning! He survived and is now living proof that even stage IV cancer can be defeated. 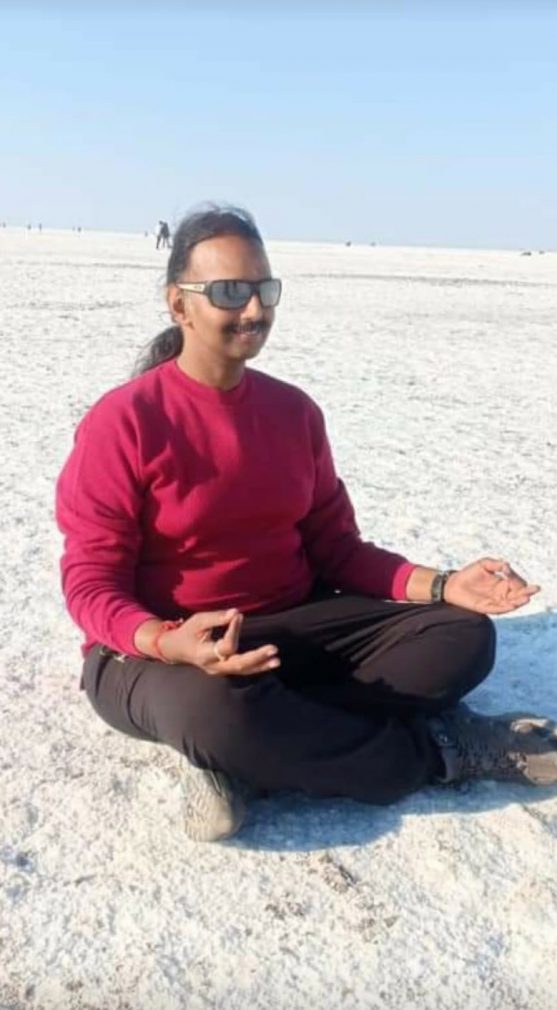 Today, Bhupendra is a successful guy. He is posted in the Office of Banking Ombudsman of Reserve Bank of India. He has the pride of being the first visually impaired Manager to be appointed in the history of RBI Gujarat.

He has been conferred with the prestigious National Award for being the Best Visually Impaired Employee  of the nation by Government of India in 2018. Moreover, he has been bestowed with RBI Principal’s Award for his outstanding overall performance during probation.

He is popular on social media as a  profound motivational speaker. Further, he has been hopping around universities, schools, NGOs and similar platforms, inspiring many through his TEDx talks, interviews and his YouTube channel. It is his way of making a  definite positive shift in the lives of people and giving back to society.

This is not all. He is living life king-size!  Learning Hindustani Classical Singing on one hand and on the other, avidly going for adventure sports like white-water rafting in ice-cold waters of Zanskar river in Ladakh, Zip-lining on mountains of Rishikesh, Rappelling Down 50feet vertical wall or trekking in Aravali range! 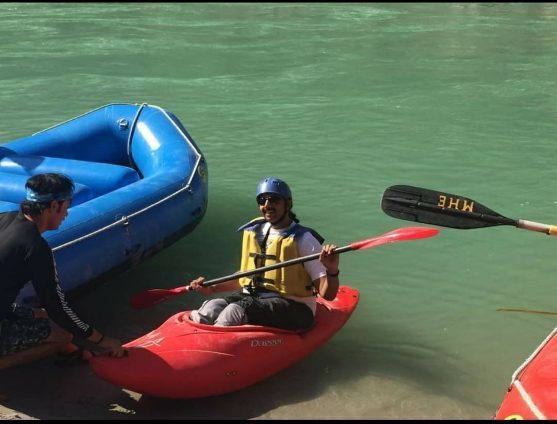 The question in everyone’s mind is ‘how?’ How did Bhupendra bounce back when all odds were against him? How does he manage to be this healthy, cheerful and successful person today, having been subjected to the most horrific cancer diagnosis a few years back?

Bhupendra credits much of his success to his spiritual journey that commenced much before the advent of cancer.  He is a firm believer that the combination of rock-solid faith and will-power can together move mountains. 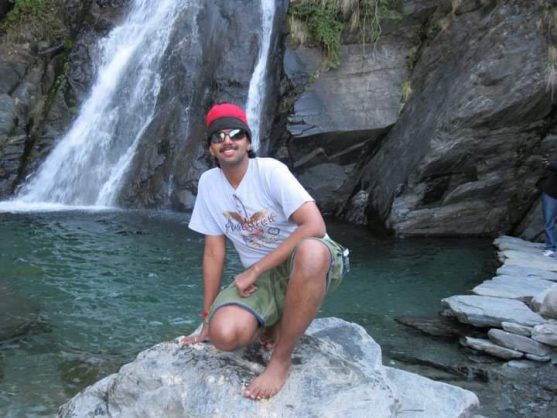 All of these efforts are summed up in the words of his mother. When he was afraid of the amount of pain he had to endure during his treatment, his mother told him, “Pain is unavoidable, but suffering is optional.”

Bhupendra explains this philosophy in this manner: We go through many moments of pain. We also go through some moments of joy. Whether we like it or not, these moments pass like a  flowing river. When we hold on to the moments of pain and relive them repeatedly in our minds, we create suffering. This can be avoided by training our mind. Instead, we can immensely empower ourselves by focussing on our attitude of gratitude and a tendency to give back smiles all around no matter what we are going through.”

How to Face a Cancer Diagnosis: A Step by Step Guide on What to Do