Imagine you are on a flight that runs into turbulence. The pilot informs you that you need to fasten your seatbelt. You do so and wait for the disturbance to be over. Once the plane has steadied, you relax, thankful that it was nothing serious. 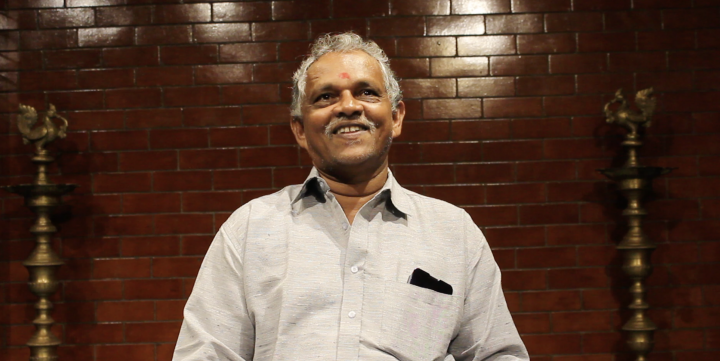 Then, a few minutes later, there is further turbulence. This time it is worse than before. A few pieces of luggage fall over. You hear a thud at the back of the plane.

How would you react? You would be fearful and you would look around for some reassurance that things are still going to be fine. But looking around, you notice panic on the faces of the other passengers. Your fears grow. Your eyes search for the flight attendants. You want to know what is going on.

Being diagnosed with mouth cancer was a similar sort of experience for Vijayan. It began when he noticed a growth on his tongue, five years ago. Multiple biopsies came negative for cancer. He was relieved that the growth was not malignant and began to take homeopathic medicines for the discomfort.

Within a few months, the growth increased considerably in size. Vijayan rushed back to the doctors, who prescribed another biopsy. This time, the results were positive.

You may be wondering why the first biopsy results were negative if it was a case of cancer. When the biopsy is attempted, it is possible that the tissues obtained may not be representative of the cancerous cells; which means these tissues don’t contain the cancerous cells. This was what could have been what transpired with Vijayan’s initial biopsy reports.

On receiving the positive report, Vijayan underwent a surgery where a part of his tongue was removed and patched up using skin from his arm. In addition to this, he was prescribed eight sessions of radiation.

Initially, he would drive to the hospital by himself for these sessions but by the end of the fourth session, he began to need the help of others. The intensity of the treatment was successfully destroying the cancer cells but was also sapping his energy and leaving him fatigued. However, he continued the treatment and it had the desired results.

He went into remission. Vijayan was happy to return to his normal life and even travelled abroad to meet his children who were settled there.

Little did Vijayan suspect that there would be further turbulence in this fight. Within 16 months, he experienced severe pain in his throat. The biopsy revealed that cancer had reappeared in the throat.

This was not the last of the turbulence. There were more to come. Each time, the gap between relapses got shorter, each time the expenses on the treatment incurred were between INR 8-10 lakhs, and each time he endured much pain and anxiety.

He was prescribed a sticker patch loaded with medicine to manage the pain, but he began to grow mentally and physically weak. The doctors had advised him that he might have about three months to live. He had resigned himself to this fate. His family flew down to meet him, to say their final goodbyes.

Vijayan thought his story was over. But there was something left. In the words of Tennyson, “Some work of noble note, may yet be done.”

Onco.com introduced one of their Onco Warriors, Amit Dubey, to Vijayan. Amit had survived leukemia and he shared his cancer story with Vijayan. He convinced him that cancer was not a verdict, it was a journey.

There is life beyond cancer and it is possible to reach that life only through absolute determination. Vijayan was so inspired by Amit’s story that he defied the doctor’s estimate of three months, which was several months ago. His spirits have been renewed and he has regained his zest for life. 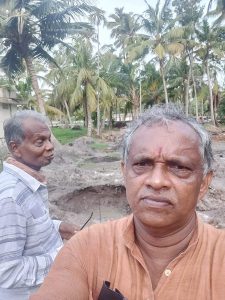 That still leaves us with one question: why did Vijayan get cancer in the first place? There is no simple answer to what causes cancer and why some people get them while others don’t.

There are several occupations where workers are exposed to protracted, low dose radiation.

Here are some examples:

This does not suggest that all those from the aforementioned professions will definitely suffer from cancer. Only that precautions must be taken to ensure that the effect of radiation exposure is minimised and monitored, and to ensure that it is within the recommended limits for such professions.

Studies have proved an association between radiation exposure and cancer mortality. Therefore, employers are required to enforce annual radiation limits for the safety of their employees.

For occupational exposure to radiation, the accepted annual limit for lens of the eye is 150 mSv, while for other organs like lungs, breast, skin etc, it is 500 mSv. The effective dose for the whole body is capped at 30 mSv in a single year and 20mSv per year averaged over 5 years.

Women who are pregnant should be excused from working in an environment that contains the risk of exposure to radiation. After declaration of pregnancy, the dose to foetus/embryo should not exceed 1 mSv.

If you work in a space that exposes you to radiation, then you need to be aware of the quantity and frequency of radiation you are exposed to. It is the responsibility of your employer to ensure that this is within the recommended limits.

You should also be aware of the measure you can take to minimise the exposure through best practices. Furthermore, in the case of over-exposure, you should be aware of the steps to be taken to remedy the effect, and to ensure that those who come in contact with you are not put at risk.

This is possible in areas where mining is or has been, practised. Houses made from certain mined building materials may also pose a threat. People living in such neighbourhoods are advised to spend a portion of their day away from the location to reduce the effect of radon contamination.

While Vijayan continues to live a healthy life in remission, his story teaches us to be aware of the risks posed to our health and safety. Through the interaction between Amit and Vijayan, we learn that we cannot underestimate the power of influence our words have on others.

So if you have a cancer story that will inspire others, get in touch with us at community@onco.com. Let your experiences be the reason for someone else’s strength.

Talk Your Heart Out: Around India in Six Days

Caregiver Speak: Believe in yourself and your decisions

Lessons that Cancer Taught Me