Chirag is a two year-old boy, living in a village called Beejwar, in the Alwar district of Rajasthan, India. Like most children, he is the apple of his parents’ eyes. His family were overjoyed at his birth and at each little milestone in his development; from the first time he walked, to the first word he spoke. 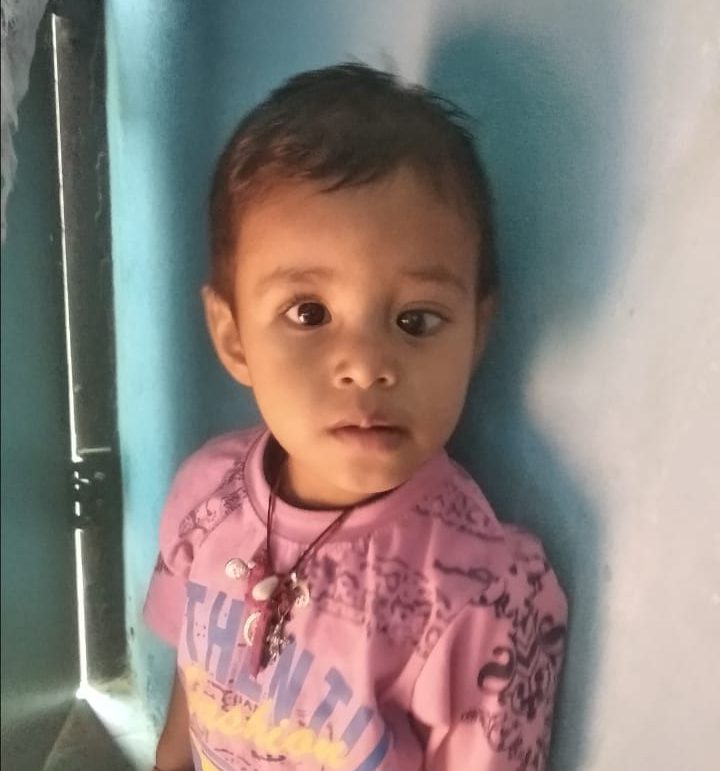 There was one thing that was different about Chirag. He was born with an abnormality in the RB1 gene. A mutation (change) in this gene caused him to develop a type of cancer in both his eyes. By the time he was 19 months old, his eyes were visibly different from that of other children his age. The white area of the eye, the sclera, was reduced in proportion. He could not see well with either eye.

Owing to their remote location, the parents had very little access to advanced medical care. They travelled to Jaipur to consult specialists who told them that the treatment would involve enucleation, which refers to the removal of the eyes. This type of surgery is recommended in cases where tumours have caused severe trauma in the eyes, leading to pain and blindness. 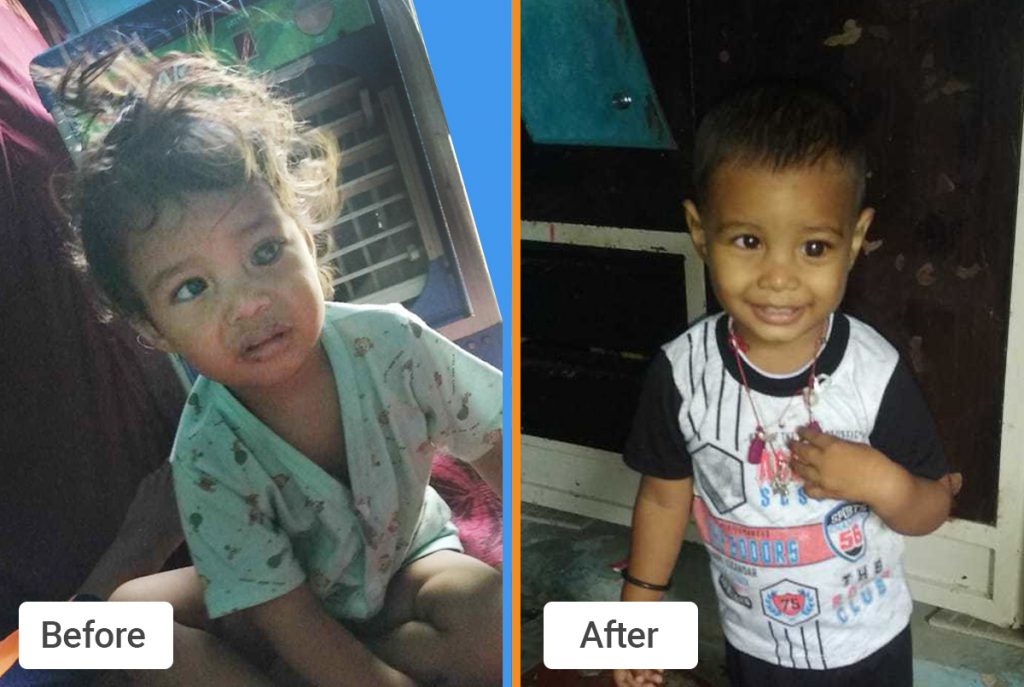 The family was extremely dejected at this prognosis. They could not bear to think of their young child living his entire life without the aid of eyesight. They did not immediately relent to this surgery, hoping that there would be some other course of treatment that would enable their child to retain his eyes.

At the time, Chirag’s paternal uncle who had a better understanding of the internet and its possibilities, began browsing for answers to the little boy’s problem. During one such session, he came across Onco.com. He immediately reached out to Onco’s team who asked for a copy of the reports and radio images of Chirag’s eyes. These reports were shared with an expert panel consisting of a medical oncologist, a surgical oncologist and an ophthalmic oncologist. It became clear that Chirag was suffering from bilateral retinoblastoma.

Retinoblastoma is the most common type of eye cancer in children. It affects the retina, which is the inner layer of cells in the back of the eye. The retina senses light and allows us to see. The eyes develops before birth. During this process, the cells of the eyes, which are called retinoblasts, multiply to form new cells that together form the retina. After a stage, these cells stop multiplying and become mature retinal cells. In some rare cases, this process goes wrong and the cells keep multiplying even after the point when they should stop. This forms a cancer called retinoblastoma.

If retinoblastoma is not treated, it can spread to cover most of the eyeball. The cancer may then spread to other parts of the eye forming several tumours. These tumours can grow to obstruct the flow of fluid inside the eye, thereby increasing the pressure inside the eye. This can lead to glaucoma which is a painful condition that can cause blindness in the affected eye.

In Chirag’s case, the cancer had spread from the retina to the optic nerve. The team of experts at Onco.com recommended a high dose of chemotherapy with VCE protocol for 6 cycles, followed by reimaging and further treatment. According to them, enucleation (removal of the eyes) was not required. This recommendation brought great relief to Chirag’s family who were keen on saving his eyes. The care manager at Onco.com spoke to the oncologists that Chirag was consulting in Jaipur and helped explain the recommendation of our expert panel. The oncologist agreed to go with this suggestion.

Chirag has now completed three cycles of chemotherapy and his eyes have shown drastic improvement. His eyes have regained almost normal appearance, and his vision has improved. He now plays with other children, and is able to carry out a daily routine like other children his age.

Five Ways to Cope with the Side-effects of Chemotherapy