Cervical cancer is one of the most preventable and treatable cancers. Despite that, every year more than half a million women are diagnosed with cervical cancer and over 3,00,000 deaths are reported globally.
According to recent research, cervical cancer ranks 8 th among all cancers and 4th among cancers in women globally.
Focusing on primary prevention and regular screening can help in early identification of precancerous changes, and is the best way to reduce the incidence of cervical cancer and its mortality.
According to studies, about 3 to 35% of early cancer-related deaths can be prevented through regular screening. 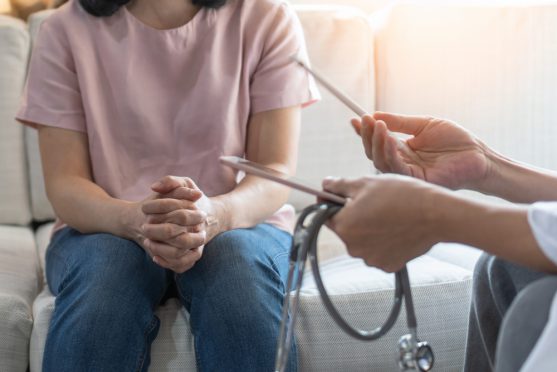 The cervix is a long, narrow, tubular-shaped organ located at the lower part of the uterus. It connects the uterus to the vagina.
Cervical cancer occurs when the normal cells lining the cervix undergo mutation and begin to grow uncontrollably.
Gradually, these abnormal cells may become invasive cancers and can spread to other parts of the body and can be fatal.
Based on the microscopic appearance of the cells, cervical cancer can be of the following types:

Most cervical cancers are caused by Human papillomavirus (HPV) infection.
HPV infection is a common, sexually transmitted disease that produces certain proteins, which may block the action of tumour suppressor genes, thus, allowing the growth and division of abnormal cells located in the lining of the cervix.
In addition to HPV, several other factors may increase the risk of cervical cancer. These include:

Women who have a higher risk of cervical cancer must begin screening and follow-up testing as recommended:
Women between 21 to 29 years: Screening with Pap test is recommended every three years in women starting from the age of 21 until 29 years.
Women between 30 to 65 years: Women between the ages of 30 to 65 years have three options and the doctor may decide the best option for you.

Women over the age of 65 years: Screening is not required if the previous screening results were normal for several years, or if the cervix is removed for non-cancerous conditions, such as fibroids.

How are these tests performed? 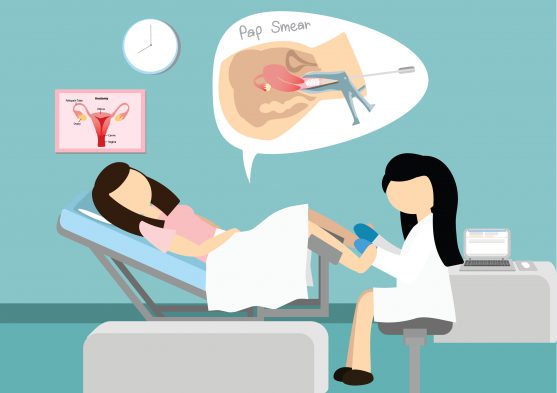 What do the results indicate?

If the HPV or Pap test results are abnormal, certain follow-up tests may be advised to diagnose the cause.
In addition to the abnormal test result, if the woman experiences certain symptoms, such as abnormal vaginal bleeding, pain and bleeding during sexual intercourse, or heavy or longer menstrual bleeding then cervical cancer is suspected.
To confirm the diagnosis, you may be advised certain diagnostic tests, such as colposcopy, cervical biopsies.

Cervical screening tests may have the following risks:

Despite these minor shortcomings screening for cervical cancer has been instrumental in reducing the incidence of cervical cancer worldwide. Women should be made aware of the risks and benefits of the screening tests, and encouraged to make informed decisions, so that cervical cancer can be prevented, and treated on time, if it occurs.