The month of November is observed as ‘Movember’ and ‘No-Shave’ November all over the world. Both these initiatives are aimed at spreading awareness about men’s health issues, including cancer, and are observed with the intention of raising funds for these causes.

However, there are some differences between the ideology behind ‘Movember’ and ‘No Shave November’. Let’s look at what these differences are.

‘Movember’ is actually a foundation that was set up in the early 2000s, to create awareness and spread the word about health issues that men face. Usually, many world organisations focussed their efforts on conditions affecting women and children, while there was a lack of attention towards the physical and mental well-being of men. To bridge this disparity, a few campaigns began to draw attention to the health of men, with the intention of creating a platform where these issues can be addressed and resolved.

The ‘Movember’ foundation was set up to raise global awareness about men’s health including prostate cancers and testicular cancers, depression, prevention of suicides, and to encourage healthy living among men across the world. Their aim is to ‘stop men dying too young’. The initiative encourages everyone across the world to stop shaving their beards and moustaches during the month of November.

It is essentially a challenge that men can undertake in order to raise funds for men’s health issues and encourage them to take their health seriously. The Movember Foundation challenges men to grow their beards throughout the month of November, to enable them to strike conversations around the various health issues faced by men and thereby, spread awareness and raise funds for men’s health programmes across the globe.

Though this movement and the foundation began in Melbourne, Australia, people from many other countries also take part every year – including India, Austria, Belgium, Canada, Czech Republic, Germany, Ireland, Hong Kong, the US, the UK, Spain and more.

The purpose of the campaign

People around the participants will notice a change in their grooming routine and this will provide men with the opportunity to talk about the Movember movement. They can then explain that they have given up shaving for this month, in order to raise awareness about the various mental and physical problems faced by men. Generally, men are pressured by society to keep up the appearance of being strong and not complain about mental health-related problems. They are also expected to deal with their emotions in private without seeking any outside help. The Movember movement looks to break such social stigmas that prevent men from seeking help when required. By opening up discussions about this issue in workplaces and homes around the world, the movement hopes that men will be able to seek medical care, in a timely fashion.

Hence, one of the important issues that this movement focuses on is the lack of adequate awareness about men’s mental health issues. In recent years, four out of every five suicides is among men. This proves the overwhelming need to create platforms where issues related to depression and suicide among men can be addressed. The Movember Foundation is also closely associated with many organisations that are actively involved in the research of conditions like prostate cancer. Funds raised as part of the Movember initiative are also directed towards the development of targeted therapies and medicines for those men suffering from prostate cancer.

What our men at team Onco.com had to say about men’s health on International Men’s Day 2019, that was observed on November 19, 2019.

Similar to ‘Movember’ is the ‘No-Shave November’ initiative that helps raise funds for cancer patients and survivors. This initiative was started in 2009 by two Americans. The aim of this initiative was to not just spread awareness but also to encourage people to donate money towards cancer care.

It urged people to avoid shaving and grooming their hair, beards and moustaches for the entire month of November, and donate the money saved by doing this, to foundations such as the American Cancer Society, Prevent Cancer Foundation, Fight Colorectal Cancer and others.

How we at Onco.com encouraged the movement

Our take on this Movember and No-Shave November 2019, was to help men to hold conversations around health issues experienced by them. When our men walk out of the office or homes without having shaved their beard or cut their hair, there are bound to be some questions raised among their friends. 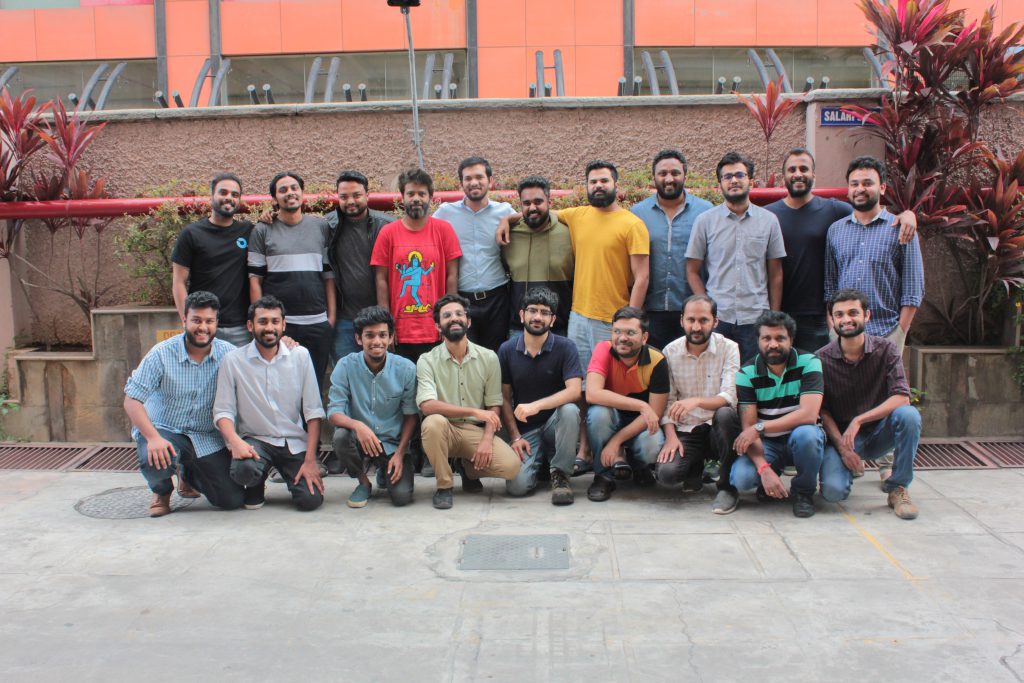 If you see men walking around with unkempt, long hair or well-grown beards during the month of November, you will know they are doing their bit to create awareness about cancer. The idea behind giving up grooming and shaving are two-fold. The first is to raise funds for cancer foundations that provide grooming supplies to patients and survivors who lose hair during their cancer treatment. The second motive is to strike a conversation with people and spread awareness about the rising incidences of cancer in both men as well as women. The initiative also involves women who spend a great deal of money on grooming activities such as haircuts and waxing.

Though backed by different ideologies and motives, the aim of both the ‘Movember’ and ‘No-shave November’ initiatives is roughly the same; to increase awareness about and raise funds for men’s health issues, particularly cancer.  Both initiatives have some differences in their requirements from participants, with a primary difference being that the ‘Movember’ initiative focuses on growing and grooming your moustache, while in ‘No-Shave November’ the participants are not allowed to shave any hair on their body. As the awareness spreads, there will be more and more men turning up to discuss their mental and physical health problems more confidently, and realise that these are just medical conditions with ample treatment options available in place.