Our tenth Talk Your Heart Out (TYHO) session was a landmark event as it also marked our first one ever conducted outside Bangalore. A group of nine cancer supports met at the Kunzum Travel Cafe in Hauz Khas Village in Delhi. Each person had a story to share, about the experiences of seeing a loved one diagnosed, treated for, or losing to cancer. 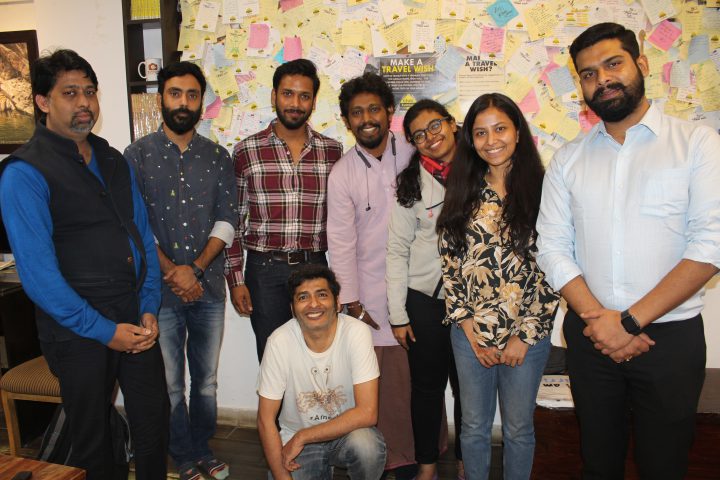 The group was guided by *Preet, a counsellor, who helped everyone feel at ease and began the session by asking of us to share a childhood memory around their mother. This was an ice breaker, as is a constant during our sessions to ease any wrung nerves or anxious minds.

Ashwin spoke first. His father is currently suffering from cancer. He spoke about what a confusing period this was for him and his family, not knowing which route of treatment to take. He spoke of his concerns of being faced with several opinions from various doctors on the course of treatment as well as from suggestions he saw online. The cancer is at an advanced stage and he shared with the group his fears of losing hope of his father being able to recover. However, participants of the session were quick to offer their support by comforting him with advice and sharing their own experiences in coping with the disease.

Nayan* shared the story of his maternal uncle who was diagnosed with mouth cancer. As the sole bread-earner of his family, his initial approach to beating cancer was to ensure that his family be able to manage their finances in his absence. Despite the many surgeries that he had to undergo his condition deteriorated and finally succumbed to cancer. Nayan however remembers his uncle to have been cheerful throughout his journey, and determined to make sure he protects the interests of his family.

Preet shared the story of her aunt, who was diagnosed with the condition at a time when treatment options were limited and the stigma around cancer was more prevalent. That played no hindrance to her aunt’s high spirits, Preet narrated, adding that she had lived her life to her fullest, trying at every chance to fulfill all her desires.

Mohit* shared the story of living with his father’s lung cancer, which had later metastasised to the brain. He spoke about the highs and lows throughout battling cancer, and his own emotional warfare after his father’s passing. He fondly reminisced about the good times he shared with his father, revealed to the group that even to this day he would have mental conversations reaching out to his father at times of distraught.

The stories we shared were each different to the other, but there was a common emotion that connected them all. Caring for someone with cancer teaches us about life, in a very harrowing way. It shows us what is important, and what is temporary. The suffering that cancer brings is temporary. But the love we share with our family, the concern we share for each other is permanent. The effect of this lingers on even after death.

Talking and sharing helps us learn and teach. Talking is also cathartic, meaning that it helps us get rid of the painful emotions that we have been carrying around inside us. Speaking about an incident, an experience, or a feeling, helps us come to terms with it. Talking to a group of people who have also gone through a similar experience, who can understand what it feels like, and who empathise with you, is an effective way of releasing pent up sadness. This is why gatherings like ‘Talk Your Heart Out’ are important, as they help us deal with an aspect of cancer that is not addressed inside hospitals.

If you have a cancer story to share, reach out to us. Talking helps the speaker as much as the listener. Together, we can make it through cancer, and beyond.