Multiple Myeloma: How is Deb Graff fighting this condition, nine years and counting!

For nine years, Deb Graff (aged 72) has been living with multiple myeloma, a disease that once carried a life expectancy of a few months at maximum. 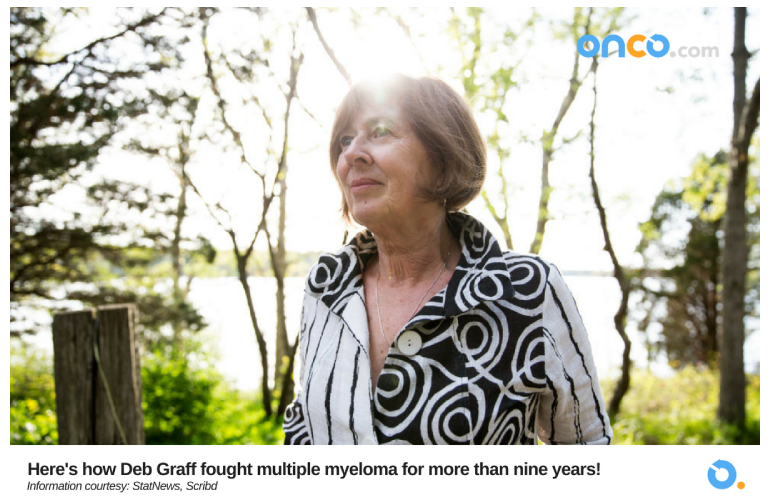 This is the story of evolutions in cancer treatment that have helped Mrs Graff battle her nearly ‘incurable’ disease, and allowed her to lead a reasonably healthy life with her family.

What is multiple myeloma?

Multiple myeloma is a cancer of the plasma cells[1], which form an important part of our immune system. These release antibodies which help us fight infections. When these plasma cells become cancerous and grow out of control, the condition is called multiple myeloma. These abnormal plasma cells create abnormal proteins, which are not regular antibodies. This abnormality adversely affects regular blood cell counts, creates bone erosion, makes way for infections, affects the kidneys, among other manifestations.

Deb was first diagnosed with multiple myeloma in 2009[2]. At the time, she and her husband Harry were planning to move from Boston to North Carolina. They had already sold their house, when a routine health checkup turned into an ugly adventure. Deb’s doctor insisted that she come in for some more bloodwork, and probed her to know if she had been experincing severe fatigue. The doctor then ordered some more blood tests before confirming that Deb was suffering from multiple myeloma. Deb recalls that one of the first things she did, was to go online and read ‘horror’ stories about the disease.

At the beginning of her treatment, Deb’s doctors weren’t very hopeful about survival. They had informed her that she had three years to live[3], at best. Her diagnosis had happened at stage-3 (a very advanced condition), and her treatment was to consist of aggressive combination chemotherapy, followed by a stem cell transplant.

After a genetic screening, Graff received more bad news. It appeared that her cancer included a genetic mutation called a ’17p deletion’ – another rare condition that most new & in-trial drugs were not fully equipped to treat. Her doctors were unable to find trials for drugs that had shown positive responses to this genetic mutation.

Graff underwent a stem cell transplant a few weeks after Memorial Day 2010, which she remembers as the day her daughter got married (The family was in the process of preponing events that Deb could attend). But the transplant did not work as suspected (due to the 17p deletion), and by November 2010 her cancer had relapsed.

Till date, Deb Graff maintains that the timelines of her disease (her cancer journey) have had a significant impact on her treatment outcomes. By the time Deb had begun battling multiple myeloma, Bortezomib was already in the market, and her doctors at the Dana-Farber Cancer Institute put her on a regimen of the same.

Bortezomib is a breakthrough cancer drug for multiple myeloma that was first released in 2003. It was the first[4] therapeutic proteasome inhibitor that was ever used on humans. (Proteasomes are cellular complexes that break down proteins). 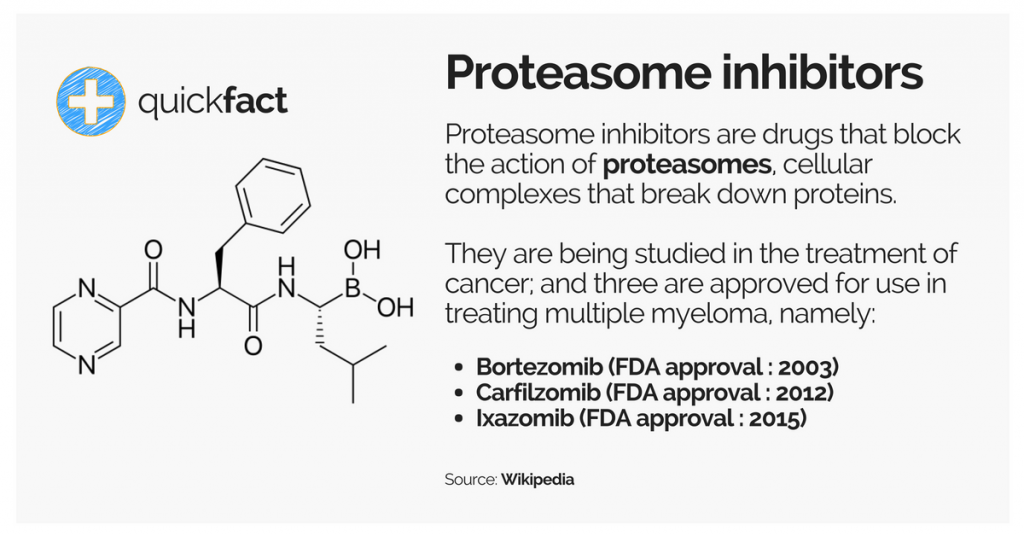 Deb responded well to the Bortezomib treatment and has been in remission ever since. She is aware that multiple myeloma is still largely considered incurable, and that she is vulnerable to a recurrence any time between five or ten years, but she has made it nine years without a blip, and her family is at peace with their living situation. 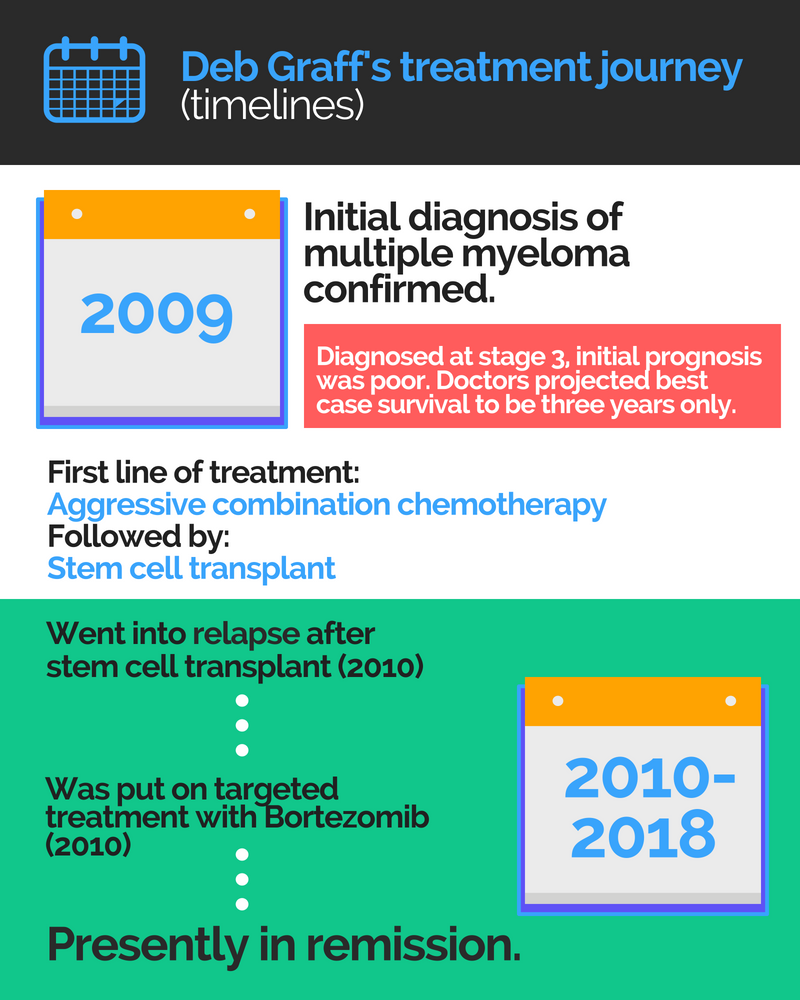 “This disease does not happen in a vacuum. Life continues swirling around you. You have to stop and make adjustments along the way.” – Deb Graff (multiple myeloma survivor)

Other evolutions in the treatment of multiple myeloma

Bortezomib is not the only targeted treatment to have uplifted multiple myeloma care. Since Bortezomib went to market, there have been more than 20 new drug approvals and 89 experimental drugs are currently being tested on humans.

“It’s possible that we already are at the juncture where patients diagnosed with this disease could live with this disease for the rest of their lives.” – Dr. Ola Landgren (Chief of the Multiple Myeloma Service, Memorial Sloan Kettering Cancer Center, New York)

Supporter Diaries: When Cancer Gets in Your Hair

Survivor Stories: My Encounter with Cancer

Cancer warrior speaks: When Grit is Thicker than...

Answers From A Multiple Myeloma Specialist – Everything...

Rohit’s Story: What I Wish I Knew About...

Very interesting, good job and thanks for sharing such a good blog.