What are the New Advancements in the Treatment of Lung Cancer?

According to Globocan 2020, lung cancer is the second most common cancer by incidence, affecting 2.2 million people (11.4 %).

Lung cancers can be treated with surgery, chemotherapy, radiation therapy, targeted therapy, immunotherapy or a combination of these treatments.

The treatment for lung cancer has been rapidly changing over the past few years, mainly due to advancements in molecular studies and their increased availability.

Although the staging and pathological features of lung cancer have not changed dramatically, molecular studies and next generation sequencing have opened the doors of precision medicine to a greater number of patients, making customised treatment plans a reality.

What was a dream even a few years back has become a reality even in the remotest of areas, and better interaction between various medical disciplines has only made it better. 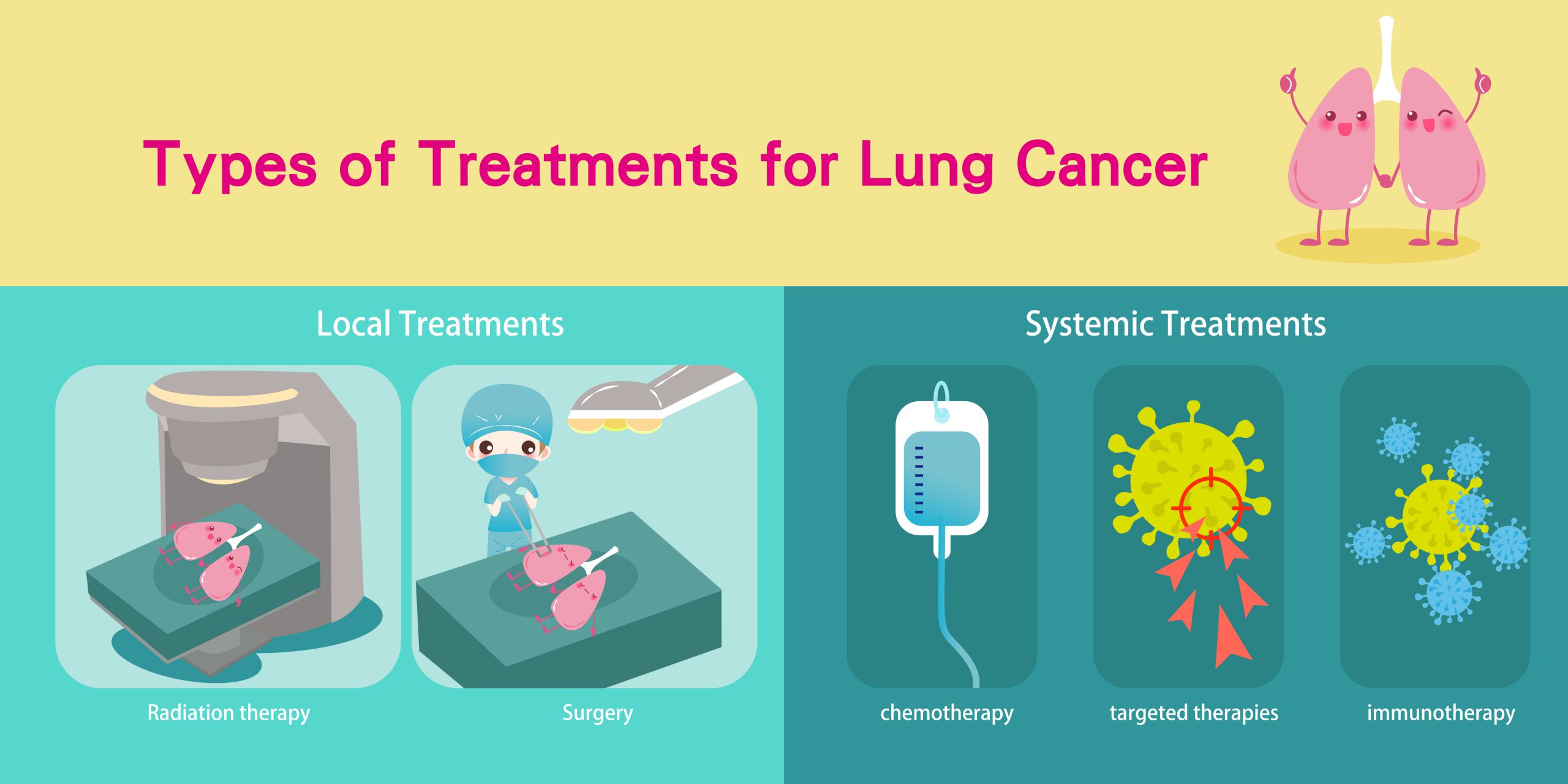 Long back in 1933, Graham performed the first complete pneumonectomy (removal of a lung) for treatment of lung cancer. Thereafter, it remained the gold standard for many years.

In the 1960s, lobectomy (removal of a lobe in lung) became widely accepted as a surgery for lung cancer, and was found to be equivalent to pneumonectomy with fewer complications.

Minimally invasive video-assisted thoracoscopic surgery (VATS) came into the surgical management picture in the early 1990s. It has continued to evolve significantly over the last 25 years.

VATS is a type of minimally invasive surgery, performed with a thoracoscope (tiny camera) using small incisions and special instruments.

During surgery, three small incisions are made, as compared with one long 6- to 8-inch chest incision that is used during open thoracic surgery. Surgical instruments and the thoracoscope are inserted through these small incisions.

The thoracoscope transmits images of the inside of your chest onto a computer monitor, guiding the surgeon in performing the procedure.

Lobectomy is the most common surgery performed to treat lung cancer. Lobectomy has been traditionally performed by open surgery. Lobectomy can be performed using a minimally invasive approach.

The patient experiences a more rapid recovery with less pain and a shorter hospital stay (usually 3 days) with VATS lobectomy as compared with traditional open surgery.

Radiation therapy uses high dose radiation that can destroy rapidly dividing cancer cells. The main aim of radiation therapy is to deliver a sufficient dose to the lung tumor while minimizing the dose to surrounding normal organs.

There have been technological advancements that allow high precision and accuracy, resulting in better targeting of lung tumours and sparing of surrounding normal tissues (like remaining lung, heart, spinal cord and esophagus), thereby reducing the side effects. 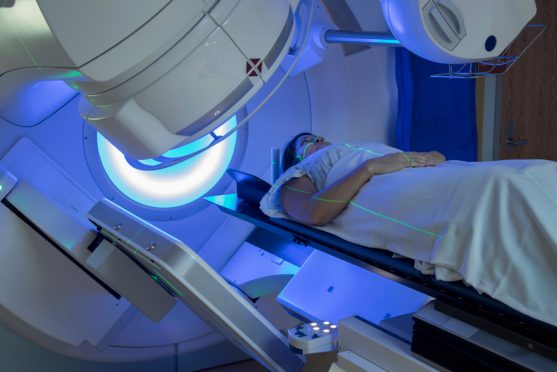 Radiation treatment can be used as curative or palliative treatment across all stages of disease.

Discussed below are the latest techniques in radiation treatment for lung cancer.

This technology targets the tumor while sparing the healthy tissue that surrounds it and allowing it to administer a higher dose of radiation to a lung tumor and increasing your chance for cure.

A specialized form of IMRT, called IGRT involves the use of scans to verify the position of the patient and the location of the tumor prior to and during the delivery of the treatment.

IGRT may involve a variety of 2-D, 3-D and 4-D imaging techniques to position your body and aim the radiation so that your treatment is carefully focused on the tumor in order to minimize harm to healthy cells and organs nearby.

It’s also known as stereotactic ablative radiotherapy (SABR). This is a type of high precision radiation therapy technique where focused beams of high dose radiation are given in usually 1 to 5 sittings.

It is most often used to treat early-stage lung cancers, especially when surgery is not an option due to a person’s health or in people who refuse surgery.

This is an advanced form of radiation therapy, which has the potential to improve the clinical outcomes of lung cancer patients with decreased toxicity, when compared with photon(X-ray) radiation therapy.

By using proton therapy for lung cancer treatment,it is feasible to deliver highly effective and very precise doses of protons to the exact location of the lung cancer.

Over-expression of programmed cell death ligand 1 in lung cancer can influence decisions related to use of immunotherapy with/ without chemotherapy.

The fact that an elaborate diagnosis is needed for treatment decisions makes it important for diagnostic sampling to be adequate.

While fine needle aspiration cytology dominated diagnostic sampling earlier, the need for an adequate biopsy has been accepted and is widely being practised even in peripheral centres.

While traditionally these diagnostic tests are done on solid tumour tissues, blood based tests are also available in cases where a biopsy is not feasible or does not provide adequate tissue for testing. These ‘liquid biopsies’ are based on the principle that cell-free ct DNA and/or circulating tumour cells (CTCs) are present in blood of patients with lung cancer. 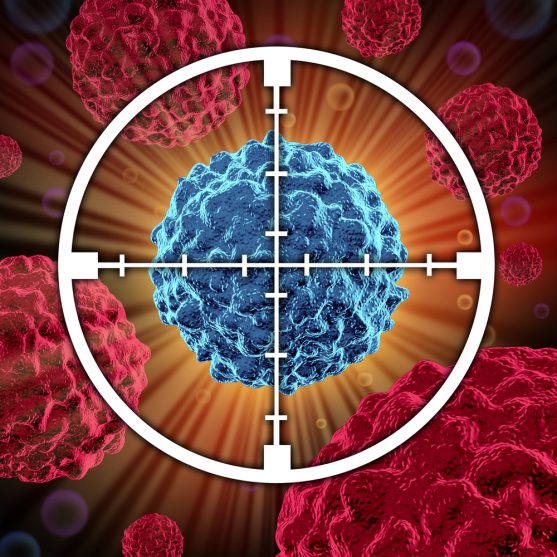 Cabozantinib, Vandetanib, Alectinib and Sunitinib may have potential roles in such scenarios.

Combinations of Dabrafenib and Trametinib are associated with good response rates in BRAF V600E mutations.

Immunotherapy has revolutionised  cancer treatment and has shown promising results in a variety of scenarios. PDL-1 testing is routinely done along with driver mutations in advanced lung cancers.

For those without any driver mutations and either unknown PDL1 expression or <50% of tumour cells staining for PDL-1, platinum based chemotherapy with Pembrolizumab is recommended.

For those without any driver mutations and >50% staining for PDL1, checkpoint inhibitor (Pembrolizumab, Atezolizumab, Cemiplimab), with or without chemotherapy are available options; with Pembrolizumab monotherapy fast becoming a common and feasible option in such cases, as it has an approved every-six-week schedule and longer follow-up data. Nivolumab and Ipilimumab are reasonable alternatives.

Use of newer diagnostic modalities and a better understanding of targetable mutations has opened up therapeutic options, which are becoming accessible to wider groups of patients.

Although a lot of these are being used in clinical trial settings in various parts of the world and many are logistically out of reach at present for a majority of our patients, wider use may result in greater availability and feasibility in the future.

How is Air Pollution a Risk Factor for...

Bust Your Myths Around Lung Cancer