The threat to human health due to the exposure to asbestos has been a cause of major studies conducted around the world. While many countries such as the US has taken measures to reduce the impact on this harmful material, developing nations like China and India continue its use. 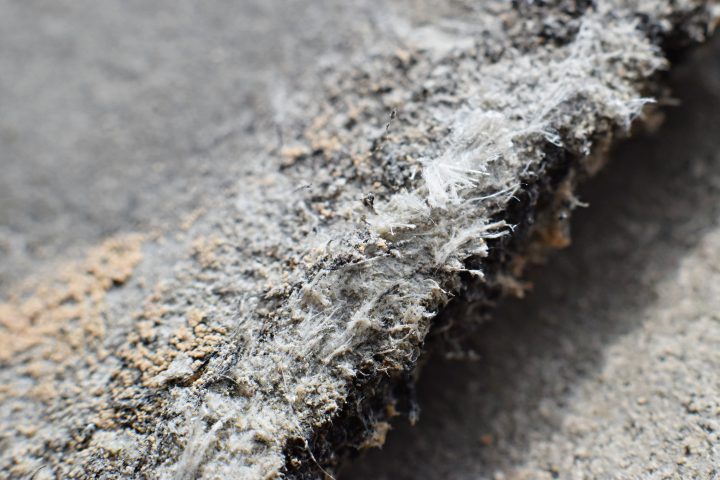 Asbestos finds its use in industry and construction sectors and is popular because it is fire-resistant. India is the second-largest market for asbestos and the $1 billion industry continues to grow.

Is this worrying? Yes, indeed it is. There have been multiple studies, research and evidence that have repeatedly proven that asbestos is a carcinogenic material.

After reaching a peak of its usage in the mid 20th century, people began noticing the negative and rather serious health effects of asbestos. In India, much of the health issues caused due to asbestos is primarily an occupational hazard and due to secondhand exposure.

The fibres of asbestos that workers in factories are exposed to, stick on to their clothing or other belongings and enter their homes and communities, exposing their families to these harmful fibres. When an individual inhales these asbestos fibres, their body cannot often expel them. As a result, the microscopic fibres enter the lung and get lodged into the lung tissue.

Since these fibres are an irritant to the lung tissues, they elicit an inflammatory reaction. Chronic and long-term exposure to asbestos fibres can cause cellular and tissue damage which can lead to a genetic mutation in the DNA of the cells.

It takes about 15-35 years for asbestos-related lung cancer to show signs and symptoms from the first exposure. Due to this long latency period, the incidences of lung cancer caused as a result of asbestos exposure might be seen decades after the individual’s association with the material. Apart from inhaling asbestos fibres, people might also swallow them if they eat food that have any of its traces.

The risk of developing asbestos-related lung cancer is highest in those individuals who work in asbestos manufacturing industries, shipbuilding, insulation industries etc. Workers in these industries regularly inhale clouds of asbestos dust every day.

However, a large number of people are unknowingly exposed to low levels of naturally occurring asbestos that is present in the air due to the erosion of asbestos-containing rocks near their homes.

This is particularly seen with people who live in areas with high-asbestos containing rocks. Another source of ingesting asbestos is in areas with asbestos-contaminated water supply. Several causes like the erosion of soil and rock, corrosion in asbestos pipes, breakdown of roofing materials with asbestos etc. are sources for asbestos to enter people’s body systems.

The symptoms and management of lung cancer caused due to asbestos is similar to that of other causes.

Due to the large amount of studies and materials available today about the cancer-causing potential of asbestos, many global health agencies like the American Cancer Society, IARC(part of the WHO), NTP(National Toxicology Programme), US EPA have designated asbestos as carcinogenic to humans with a potential to cause lung cancer and other diseases in the body.

Talking of carcinogenic effects of asbestos, it is important to mention mesothelioma – a rare type of cancer that begins in the outer lining of the lungs. This differs from lung cancer wherein the cancer is based in the lung tissue. The symptoms and presentation of both these diseases caused by asbestos are very similar and further screening needs to be done to identify the patient’s condition.

Exposure to asbestos at any time during one’s life, along with exposure to other risk factors like smoking and air pollution is a classic combination for developing lung cancer. If you or someone close to you have a history of asbestos exposure, or any associated risk factors or symptoms of lung cancer, it is recommended to consult an oncologist or a medical specialist.