I think all of us have a paradox within us, with two conflicting elements co-existing inside us. Like yin and yang, these two sides make us who we are. Atleast that’s how I would like to introduce myself to you. I’m Debarati Sarkar. I’m 33 years old, and single. 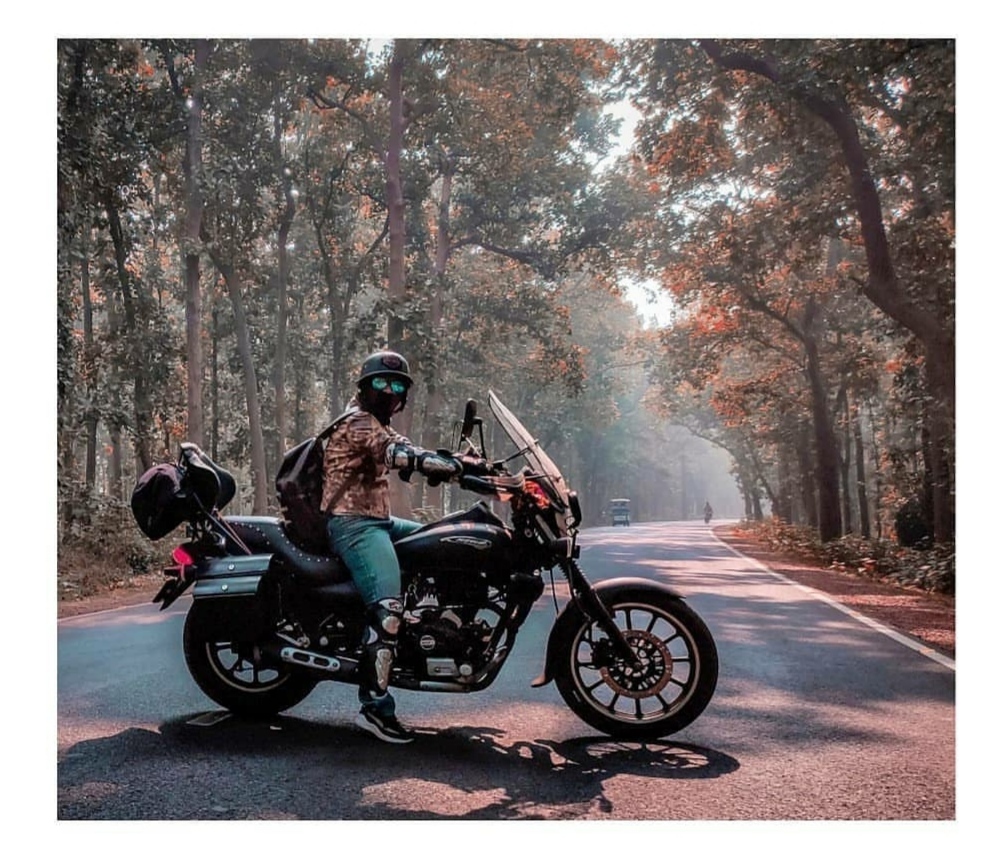 There’s one part of me who is a focussed service manager. I started working in the service industry as a door-to-door salesgirl. I worked my way up, territory manager first, then zonal manager, and now a service manager at the pan-India level. I love what I do and I can admit that I’m good at it.

Then, there’s the other side to me. I’m part of a group of 1,000 motorcycle riders. We have ridden across the length and breadth of the country together and hold records for our adventurous trips.

We explore forests and islands, simultaneously raising money for charitable causes. So, that’s me. Hard-working and sincere at work but risk-taking and free-spirited at play, a little like Lois Lane, aka superwoman.

Life was a smooth ride for a little while. My life moved between my work and my motorcycle adventures.

Then, one night in early 2019 at home in Kolkata, I started to shiver, and I felt an overwhelming pain in my abdomen. I knew right then that this was not a regular pain. It felt very different. Instinctively, I just knew that something was wrong.

I watched the clock ticking away, as I clutched my stomach, waiting for the dawn to break. I decided not to tell anyone yet, and called and booked an appointment at the Tata Memorial Institute.

After an ultrasound, the doctor told me that I needed surgery. I am not new to surgeries. About 8 to 10 years before this, I had two surgeries.

I chose a hospital in Cuttack for my surgeries. So I informed my family and we travelled to Cuttack for treatment. I clearly remember the scene before entering the operation theatre. I was lying on a stretcher. My sister and my father were standing near me. They had such long faces.

I was pretty chilled out. I said, “Don’t be so dramatic.” I told them that this was just a matter of a few hours and that I would be back soon. With that sort of swag, I entered the operation theatre. 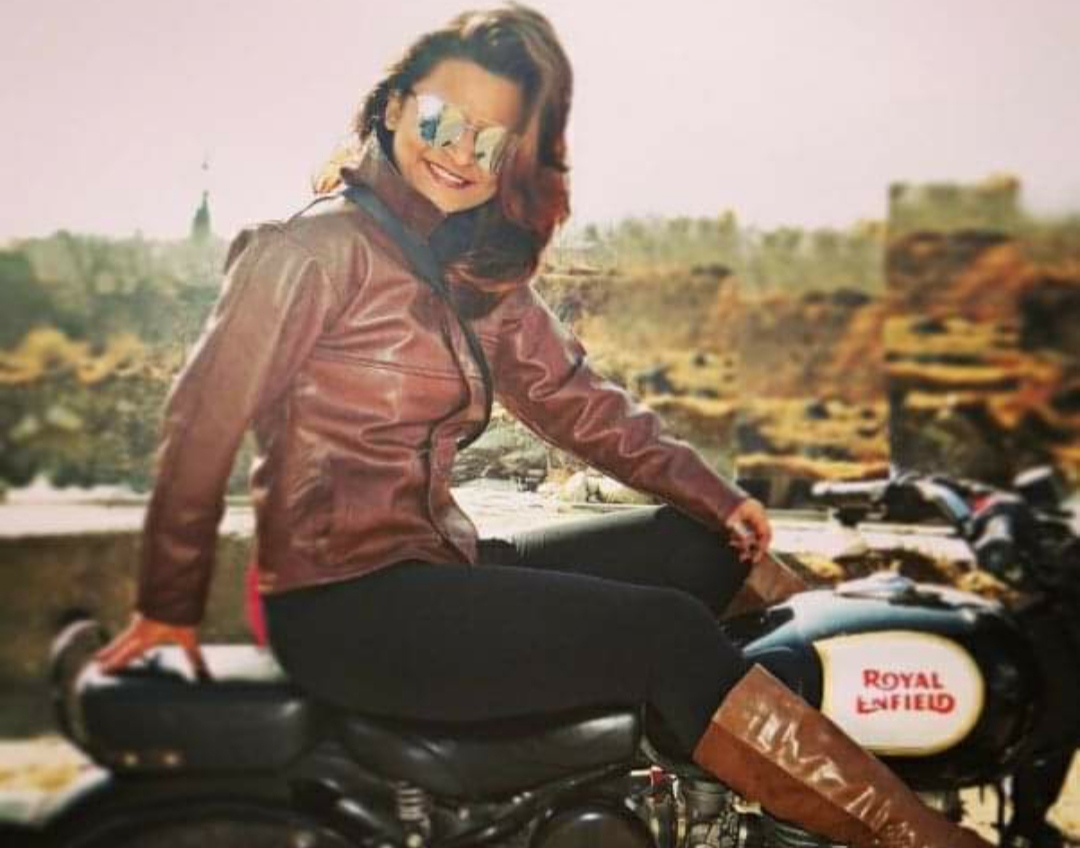 After the operation, I was looking forward to one thing alone: being discharged. I just wanted to put it all behind me and get on with my work.

But the doctor was of a different opinion. He told me that I needed to wait for seven more days. On the seventh day, I distributed sweets among the nurses in the hospital. I was so glad to be going home that I could not stop smiling. Then, the doctor came in and said that I needed chemotherapy for ovarian cancer.

That moment was just like a silent movie. As soon as I heard the word ‘chemotherapy’, everything went silent for me. The doctor was still talking but I couldn’t hear a word. There was nothing but disbelief in my mind. This cannot really be happening.

I came back to Kolkata. I started sharing the news with my closest friends. There too, I heard silence. The silence was louder than all the words. I couldn’t hear what they were saying, but I could hear the fear in their words. Fear is not something I am used to.

But, that began to change, and I started to steer away from fear. When I visited the hospital, I saw children as young as one and half years old, facing cancer. That moved me. If these little, innocent children can deal with this, why can’t I? 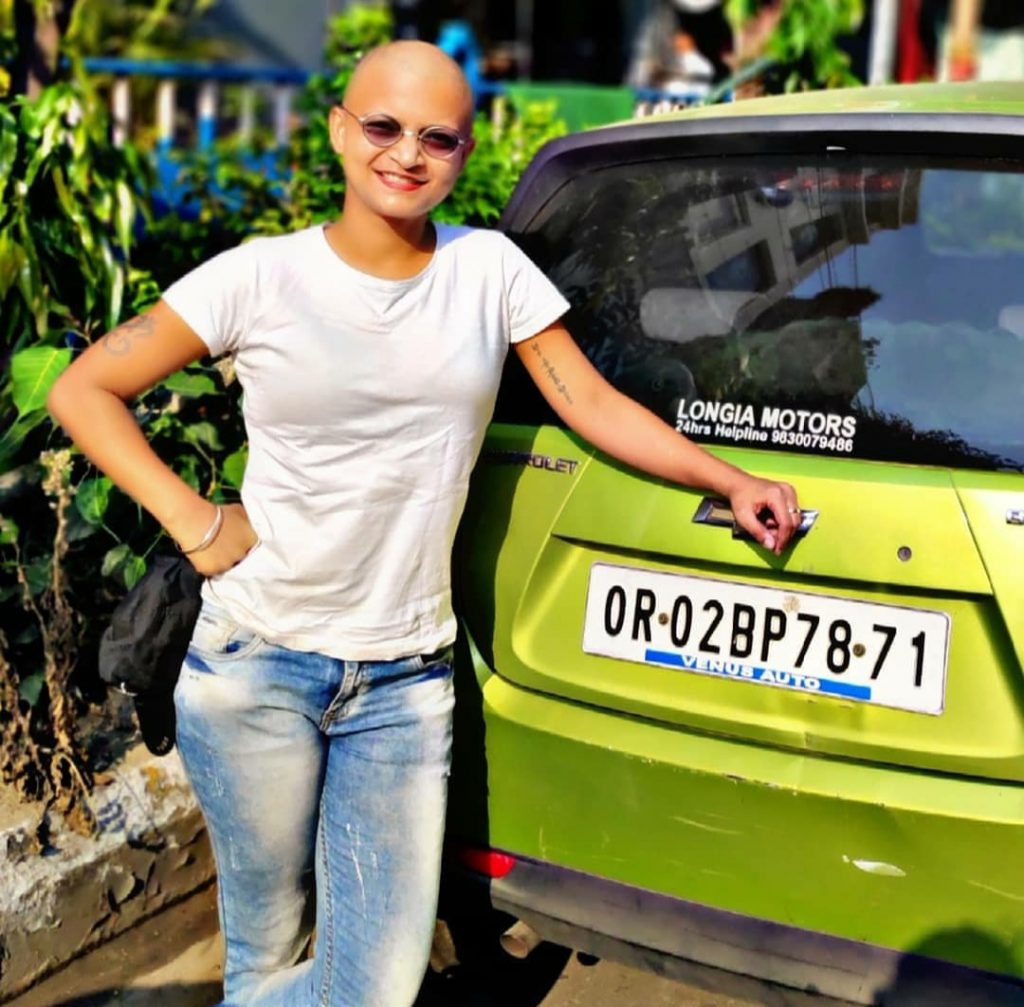 If you are a biker, you will understand what I’m about to say. When you make a turn in one direction, you have to slightly, very slightly, lean towards the opposite direction.

So, if you are turning right, you knowingly or unknowingly move the handle slightly towards left for a moment. That was my technique with cancer as well. To handle the unknown, you move towards the known.

To deal with what scares you, you look towards what doesn’t scare you. I shifted my mind to overcome what I cannot control (my cancer) by using what I could (my work).

While my one hand hurt from chemo, I used the other hand to call my vendors and my clients, coordinating between them. That’s what saw me through it all. That was my way of steering through cancer.

Chemo is crazy, I’m not going to lie about it. It kills your body without killing you. But you have no choice. You have to go through it to come out on the other side, like a tunnel that needs to be passed through.

It’s just a pause button for regular life for a small period of time. It’s not permanent. 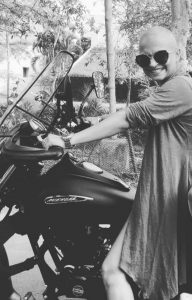 I have never been the kind of person who shops online. But I went online and ordered a wig. Wearing a wig felt unnatural to me. So I decided to keep the bald look. People on public transport and on roads would stare at me. I would get fed up with the attention. I would say “Are you done looking at me?” aloud to random people. Yes, it was pretty funny even to me. It was an opportunity to step outside my comfort zone and get adventurous with my looks as well.

And that’s the story of how I survived stage four ovarian cancer. It’s been six months now.

A lot of people stood by me; friends and family. I got back to work. It was just great to be able to do that again. Life began to gain speed again, as I was changing gears. I was myself again. 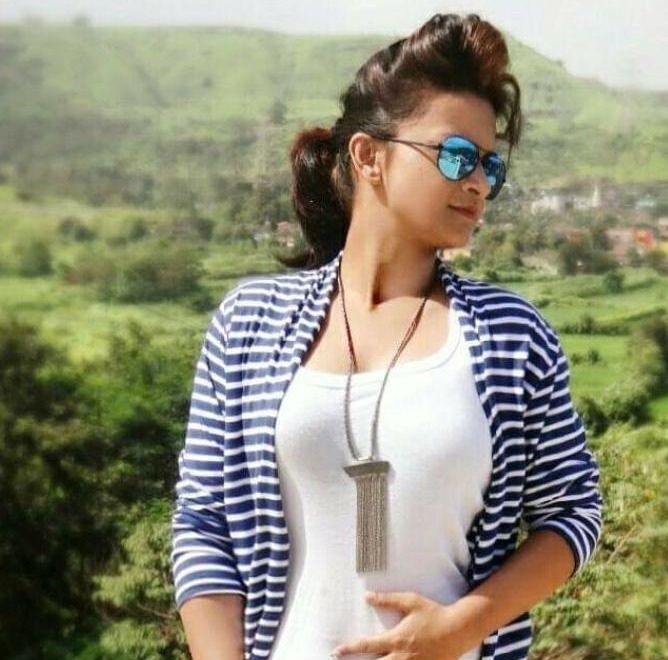 Do you know what happens when you leave your bike in the garage and not use it for a long time? The battery will drain out, rust will begin to form and the fuel will go bad. You have to ignite your bike regularly.

It’s the same with life. If you let something like cancer put a hold on your life, then everything will start to malfunction slightly. So, what can you do to keep moving even when you don’t have the will to move? You have to figure that out. But I can give you two ideas:

Life has a lot of hairpin bends, cancer was one of them; risky but not impossible to maneuver around. Just keep steady, and keep moving.

*If you have a cancer story to share with us, please write to us at community@onco.com.

Proud of this lady.. She is a inspiron to many.. Thanks to u guys for puttung up such life changing stories..

Thank you for reading!