Drawing for our Cancer Fighters

What do children do when they feel appreciation or love towards someone, like a parent or a teacher? It is likely the answer can be found on the doors of refrigerators in homes around the world. Held by fridge magnets are sheets full of scribbles, blotches of colour, stick figures, misspelt words; little pieces of evidence of what the child feels. For children, a drawing is a way to communicate how they feel when they can’t find the words.

But not all artists are children. Vincent Van Gogh painted the famous Starry Nights when he was in hospital, being treated for paranoia and fits. The painting is widely accepted as a depiction of all the thoughts in his mind that could not be expressed verbally. Even for famous artists, a drawing is a way to communicate how they feel when they can’t find the words.

When 27 year old Moni B was alone in hospital for chemotherapy, during the pandemic, she felt gloomy. Apart from the strenuous cancer treatment, the uncertainty of how the pandemic would affect it, and the fatigue from the medication, Moni also felt a deep sense of loneliness at not having anyone around her. She used a cancer support group on Facebook to ask if anyone could draw for her? She missed having her nieces around, they would have drawn for her.

Immediately, a lot of users responded to her. Some offered prayers for her recovery, others sent her all the heart emojis they could find on their phone. People found different ways of communicating their concern, their empathy and their solidarity to Moni. One set of people began drawing for Moni. 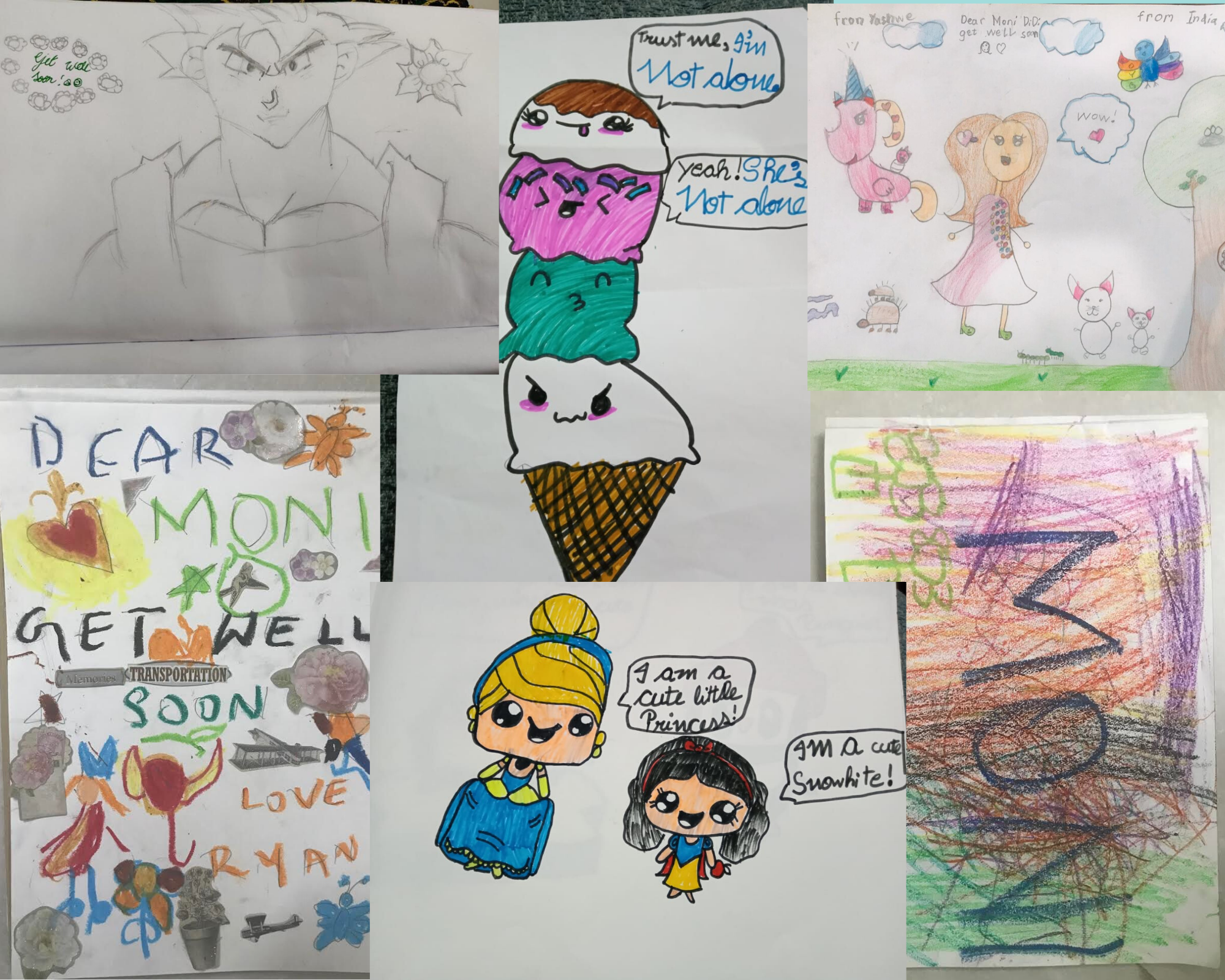 Over the next two months, Moni received emails from all over the world. Drawings, poetry, messages and photographs found their way into her inbox. People who had never met her were drawing for her.

What is it that unites people emotionally, to the point that their eyes well up for someone they don’t know? Maybe the answer to this lies somewhere among those drawings, between the blue stick figure with a yellow crown and the orange butterfly. 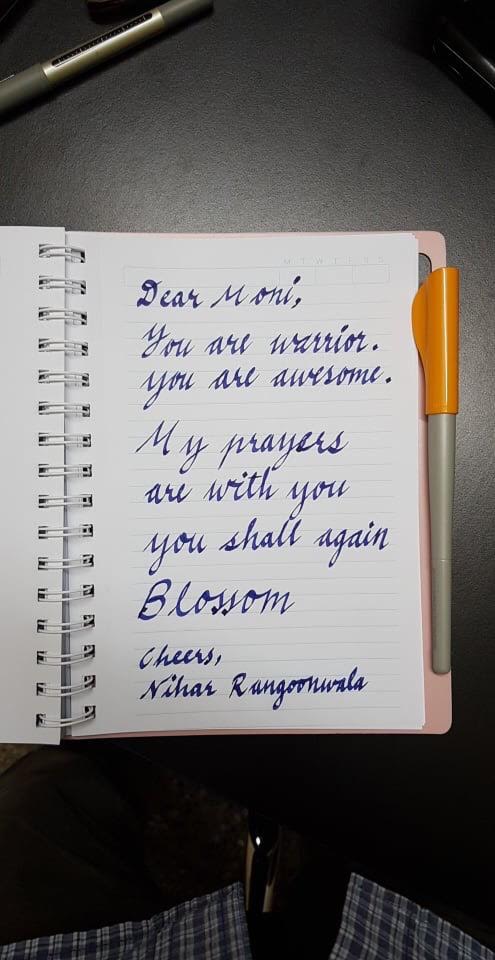 Moni is still undergoing treatment for breast cancer in Louisiana. Some days she is so tired that she cannot even type her thanks for the new drawing she received. On days like that, she looks at the smudge of chocolate on the edge of that drawing, and she finds herself smiling.

While the pandemic has forced families and friends to stay apart, it has brought the world closer through the shared misery of isolation. Reaching out to cancer fighters who are going through this formidable journey on their own, is one way of caring for humanity at this time.

If you know someone who would like to receive drawings, or if you would like to draw for a cancer fighter, write to us at community@onco.com.

Cancer Recurrence: What To Expect When Cancer Returns?