Bret Carroll was diagnosed with Non-Hodgkins Lymphoma almost sevenyears back. Needless to say, the news was both devastating and life-changing for 52-year old Bret. To top his woes, his doctors told him that his Cancer was both rare and incurable. Survival rates for the disease were bleak, and his doctors gave him a couple of years ‘at maximum’. It has been seven years now, and this is the story of the breakthrough treatment that cured him, and keeps him healthy till date. 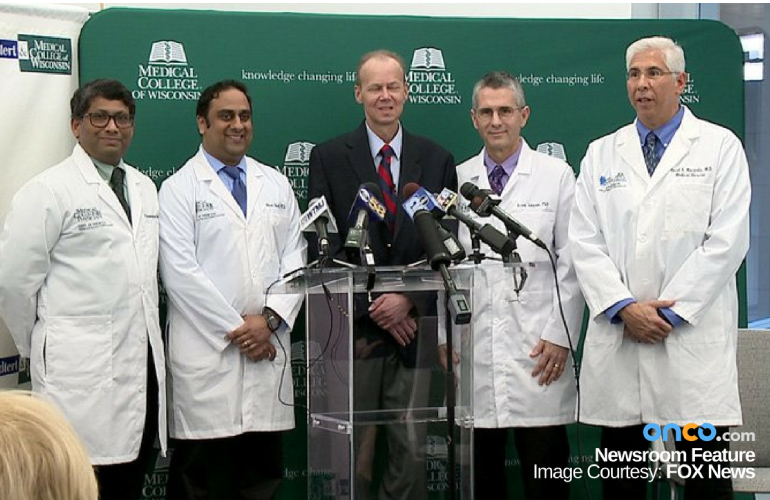 When Bret was told he had terminal Cancer, he was understandably in despair.

“That’s not a good realization in your life, I was upset, I was angry, my wife cried about this, upset about all the things potentially we still wanted to do together that may not be out there!” he said.

He got started on treatment, but an understanding of limited effects of regular Chemotherapy on NHL (Non Hodgkins Lymphoma), combined with existing data about low survival rates, pushed him into depression.

To make matters worse, in the midst of receiving his ongoing treatment for Cancer, his immune system began to fail. His attending doctors noted this crisis, and in an attempt to rectify the situation, stumbled upon an interesting opportunity to reinforce Bret’s immune system and use it against his Cancer.

After some brainstorming, a group of doctors at the Medical College of Wisconsin (where Bret was getting treated) decided to try a new cutting-edge treatment system that the institution had invested in, recently. This therapy, was a part of an ongoing human trial to test the effectiveness of CAR T-Cell Immunotherapy for Non-Hodgkins Lymphoma.

The procedure was fairly new, and Bret needed to be being counselled about the merits and risks of Immunotherapy. As a part of the treatment regimen, Bret’s immune cells would be extracted, trained to “target” and destroy specific Cancerous cells, and then re-infused into his blood. This would effectively remove all traces of Cancer from his body, without impacting other healthy cells. 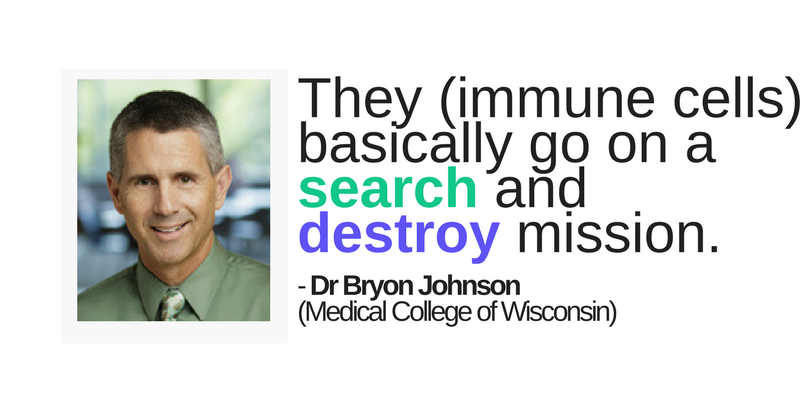 To explain this better, we are referencing a video which was first published by the Dana Farber Cancer Research Institute, explaining how Immunotherapy works against Cancer cells.

Eventually, Bret was convinced that this trial could potentially be the ‘cure’ to his disease.

With consent from Bret’s family, the same group of doctors enrolled Bret for the trial, and began testing the new equipment on him. After having his immune cells re-infused, Bret’s doctors informed him that the “crisis was over“. They found no detectable signs of Cancer and declared that Bret was in remission.

Today, Bret is optimistic about life, but remains cautious about his lifestyle so as to avoid any chances of recurrence/secondary infections. He is taking things slow, but maintains his convictions – he considers himself cured.

In cases of a complex and rare prognosis, such as Bret’s Cancer, it is important that patients remain optimistic about the potential of new and cutting-edge therapies as far as “curability” is concerned. Every day, the developed world is making steady progress in the field of mapping Monoclonal Antibodies to treat Cancer better, and new therapies are moving into human trial stages. It is important to have educated access towards such developments, aided by a thorough evaluation of how applicable a particular form of treatment is, against each patient’s unique Cancer journey.

These Dietary Habits will SLASH your Cancer Risk and SLAY your Restaurant Bills!