The Thing About Cancer: Being a Cancer Victor

When Shrenik Shah was diagnosed with head and neck cancer in 1997, he knew he had to beat it as, “there was no other option.” As the sole breadwinner, he wanted to be healthy again, for the sake of his family of four and their future. After a laryngectomy (surgical removal of the larynx), Shrenik learned new ways of communicating and continuing his business. 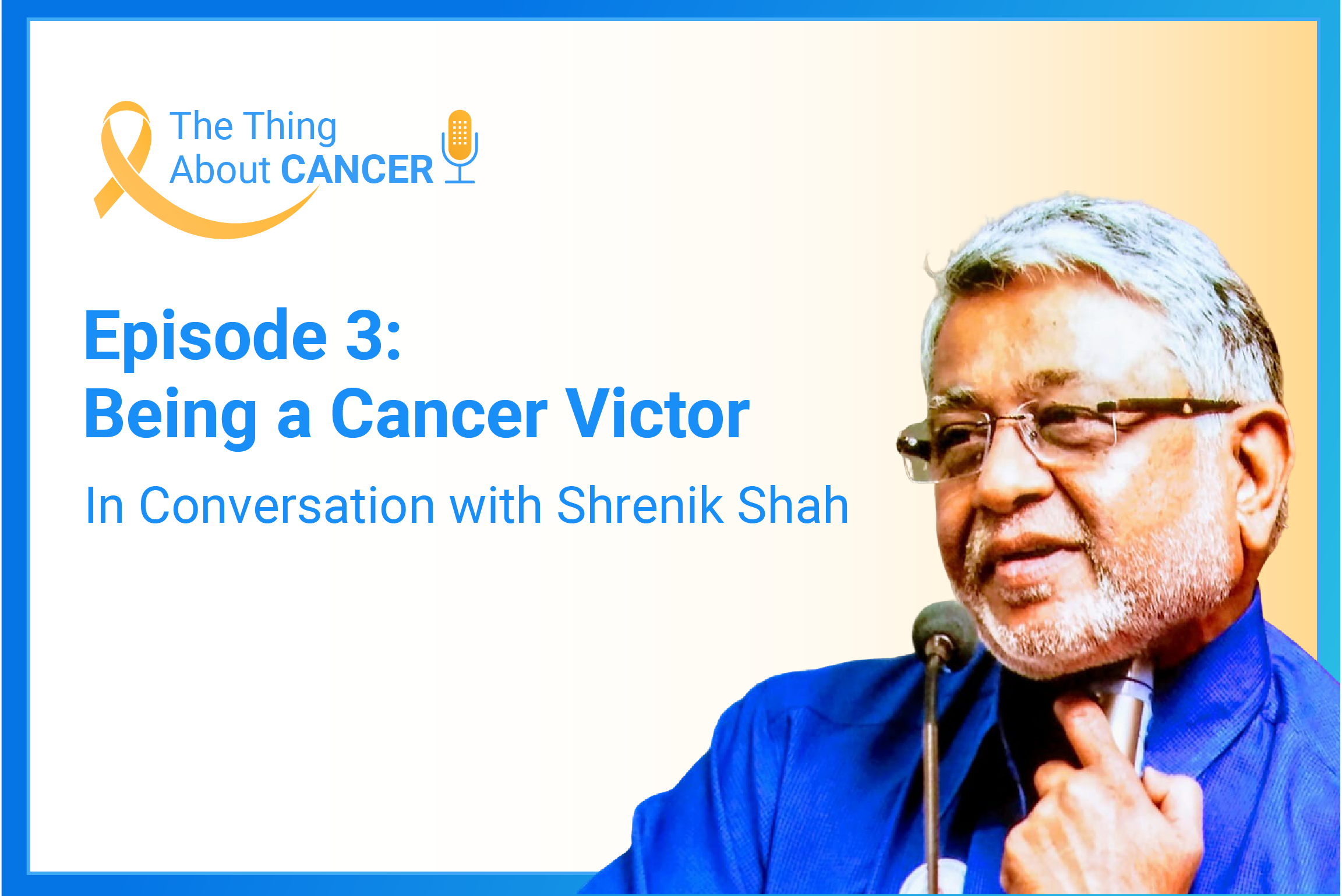 He also felt the urge to reach out to others going through a similar journey with cancer. Placing himself outside his oncologist’s consultation room, he began conversing with the patients there, on what to expect with surgery, chemotherapy and radiation. With time, he became a mentor for other patients, helping them deal with the diagnosis, the preparation, the consequences, and rehabilitation.

Speaking with Shrenik Shah, for this week’s The Thing About Cancer, is a shot in the arm for cancer patients who are going through their treatment. His ready wit and humour help everyone feel welcome. He does not hesitate to share his own experiences with cancer, in the most honest manner, so that we can learn from it. He is well-known on cancer support groups on social media, where people ask him for advice on everything from which oncologist to consult, to how to overcome stress.

And, he never disappoints. Anecdotes, jokes, lyrics, and good advice, he has all of these up his sleeve. Ready to use as the situation requires. It’s no wonder then that so many patients and caregivers look up to him. In this episode, we ask him all about his cancer, remission and rehabilitation.

You can email your feedback and comments on this episode to community@onco.com.

Why You Need to Talk About Your Cancer

5 Warning Signs of Brain Tumours and Their Treatment