Supporter Diaries: When Cancer Gets in Your Hair

A thirteen-year-old school girl is told by her teacher that she cannot participate in a dance show because she is ‘overweight’.

A young woman is told to try some ‘home remedies’ for her dark complexion.

A woman who is undergoing chemotherapy attends a social gathering. She is greeted with shocked stares as her head is almost bald and even her eyebrows are missing. Someone advises her that she should cover her head with a scarf. 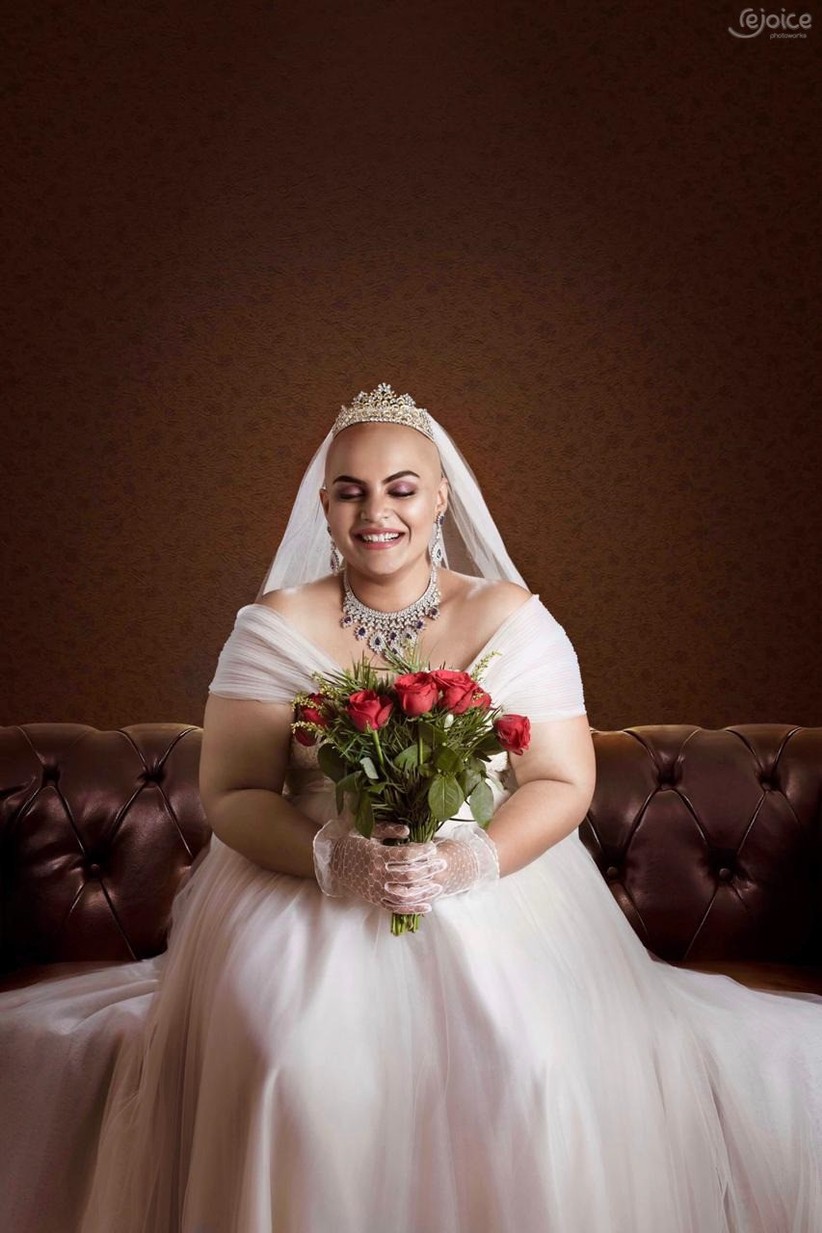 All three scenarios are too real to be doubted. If you are a woman in India, it is highly likely that you have witnessed at least one of the above three scenarios happen to yourself or to another person close to you.

It is this promotion of a ‘standard’ of how a person must look that prompted Akhshaya Navaneethan to put her foot down, and speak out against body shaming.

She had the will, and found a way

Akhshaya is a plus-size model who has walked the ramp for several well-known brands including Rina Dhaka at the Lakme Fashion Week 2019.

She is also a TV anchor and a TEDx speaker, always speaking up for inclusivity, believing strongly that confidence does not come from external features, but from within.

In October 2019, she chanced upon a social media post about donating hair for wigs for cancer patients. It immediately struck a chord with her. She had lost a cousin to cancer when she was just 15, and also remembered a friend’s mother who had fought breast cancer.

Akhshaya had seen both these fighters lose their hair as a reaction to chemotherapy. She understood the mental drain a woman went through when her hair fell out in clumps.

And just like that, at the snap of a singer, Akhshaya decided that she would shave off her head and donate her hair for those cancer fighters. It would be a way of giving them her support and sharing with them her confidence. 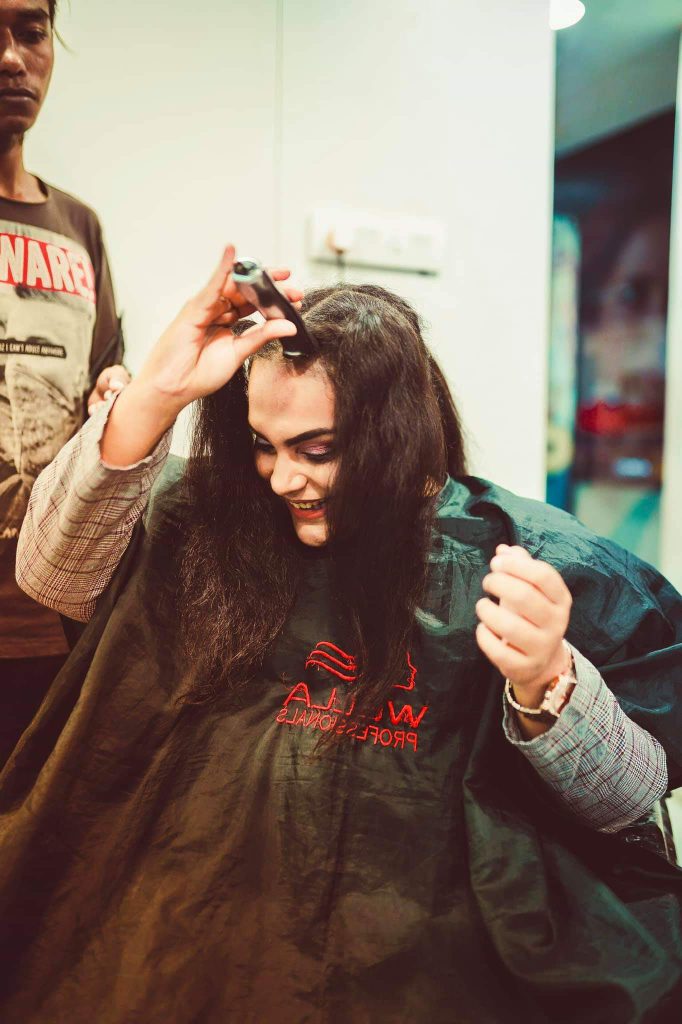 Furthermore, Akhshaya decided to keep the look. She decided to continue being bald in solidarity with cancer fighters who are losing their hair to chemo.

She was vehement in her opinion that bald is beautiful, and that no one should dictate to us how we should, or shouldn’t look.

When her family learned of this, they tried to persuade her to change her mind. They tried to reason with her that she needn’t shave her hair but can cut it short and still make the donation for the same cause.

She was advised that traditionally in her custom, Indian women only shaved their heads when they lost their husbands.

But Akhshaya was adamant. She had decided to donate her hair, and she was going to give it her hundred percent.

There was no marriage on the cards, but Akhshaya decided to get up, and get dressed for a photoshoot – in a wedding gown.

She wanted to show the world that one can look amazing and feel confident with a bald head. Once the photos were out on social media, they went viral – her story, her determination went viral.

Akhshaya drew a lot of attention, people appreciated how beautiful she looked in her bold appearance. Most importantly, this move became a conversation starter around topics like chemotherapy, body shaming, and mental health. 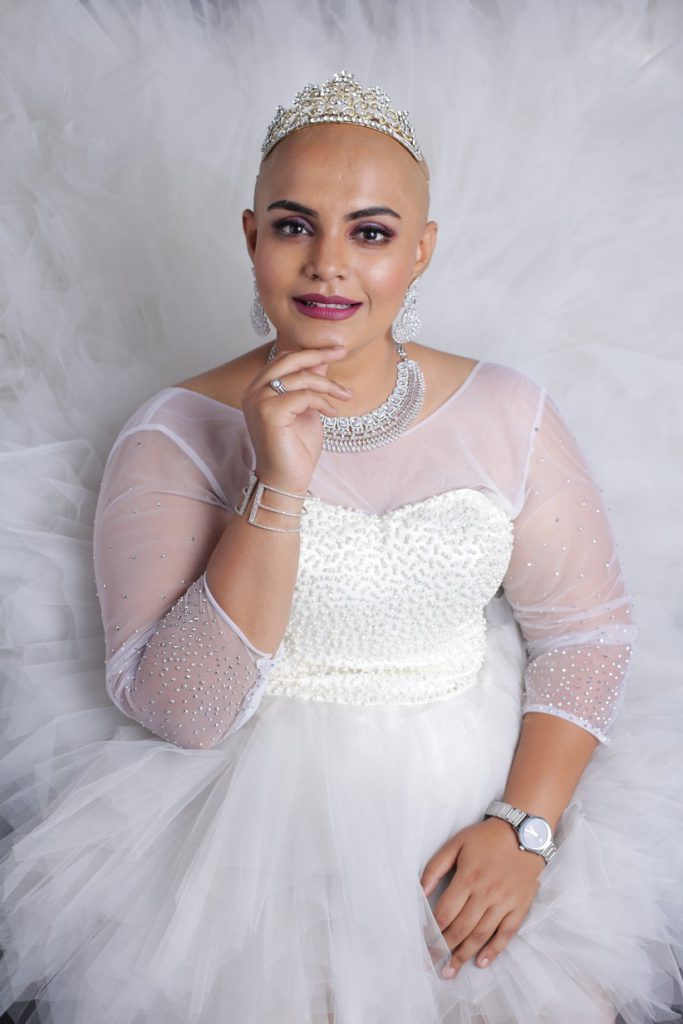 Rise of the fallen

Some cancer fighters prefer to shave their hair before they start with the chemo sessions so that they have some control over their hair loss, rather than passively watch as chemo causes their hair to fall out.

Some even prefer to have wigs made of their own hair before they start treatment so that they can continue to wear their hair, like a wig, during the treatment.

Hair fall is one of the most obvious signs of chemotherapy. In that sense, it announces your cancer to those around you, even if you choose not to.

Rather than dreading the physical implications of chemotherapy, cancer fighters are trying to accept side-effects like hair loss, excessive loss of weight and darkening of the skin as inevitable and often temporary aspects of their treatment.

Preparing for these side-effects even before they appear eases the experience by taking away the shock of discovering them firsthand. 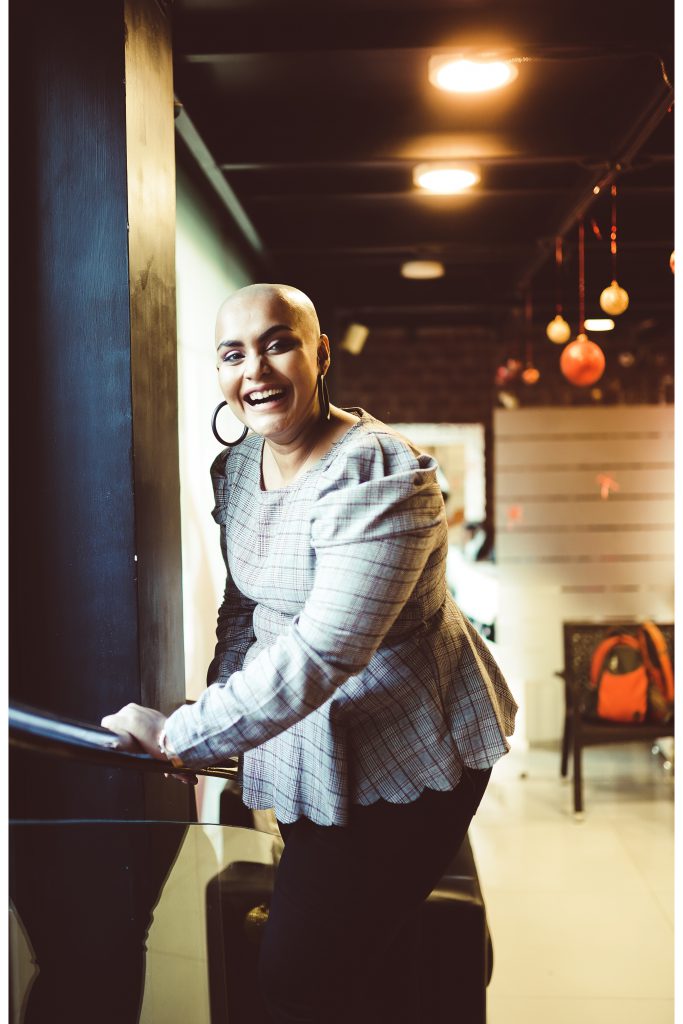 You are not alone

Browse through any cancer support group on social media and you will find an overwhelming number of posts on hair fall. This seemingly unimportant consequence of the treatment is symbolic of all the changes, physical, mental and emotional, that a cancer fighter experiences.

Something as transient as hair becomes a reminder of how their lives have been affected and how it is impossible to pretend that everything is fine.

That is probably why a gesture like hair donation becomes meaningful in the narrative around cancer support and solidarity.

Another observation in this direction includes henna tattoos on bare scalps. Instead of feeling ashamed of their hair loss, cancer fighters prefer to flaunt their bald head.

It is a sign of the life-changing journey they went through and a reminder that they are still here inspite of it all.

No matter how you choose to deal with your hair loss, it is vital that you treat it with respect.

A bald scalp from chemotherapy is nothing short of a war wound, symbolic of your bravery and your survival skills.

If you would like to speak about your fears or concerns, please reach out to us and we will be happy to help you in any way we can. You can write to us on community@onco.com

Survivor Stories: My Encounter with Cancer