Prostate Cancer: How Can Genetic Testing Help You?

Genetic testing is increasingly becoming an essential component in modern medicine. It helps read through the key inscriptions of the genes, thereby providing a better understanding of the genetic makeup and changes (mutations) in the genes that act as a root cause for certain diseases.

Examples of certain diseases where genetics is known to play an important role are breast and ovarian cancer.

What is a prostate?

Prostate is a gland surrounding the male urethra, which produces the fluid (semen) that carries sperms. Prostate cancer occurs when a normal prostate cell begins to grow uncontrollably to form a tumour. 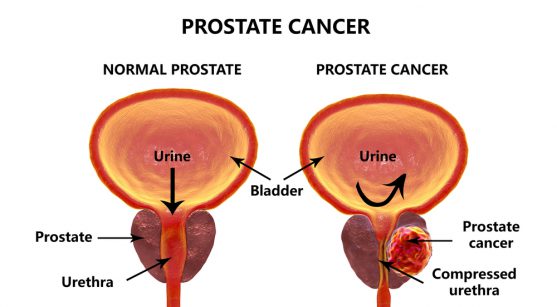 Prostate cancer is the second most common cancer and  sixth leading cause of cancer death among men worldwide. About one in nine men  have a lifetime risk of prostate cancer.  It usually affects men in their 60’s or later, however rarely it can be seen in the middle age group also.

Do I have prostate cancer?

Prostate cancer in its early stages remains asymptomatic. As the tumour grows, the person may experience difficulty in starting or stopping the urine flow, a sensation of bladder not being emptied completely after urination, blood in the urine or semen, or pain with ejaculation. However, such symptoms are also common with many other urinary or genital problems.

Asymptomatic prostate cancer is often diagnosed as a result of regular health screenings, such as blood tests looking for prostate-specific antigen (PSA) or examining the general health of the prostate gland through digital rectal examination (DRE).

At times, people with asymptomatic prostate cancer may die due to unrelated causes different from the cancer itself. This could be related to advanced age at the time of diagnosis, delayed tumour growth, or response to the therapy. In fact, the number of men with undiagnosed prostate cancer during their lifetime is higher than the number of men with clinically diagnosed disease.

Prostate cancer in its early stages is highly curable and in some cases, the cancer grows slowly causing no health problems throughout life. In contrast, some prostate cancers can be more aggressive that could spread (metastasize) to other parts of the body and turn life-threatening.

What is the role of family history in prostate cancer?

Through research, it is now evident that some prostate cancers are caused by genetic mutations. About 5 to 10 percent of all prostate cancers develop due to hereditary reasons. In about 12-20% of the families, cancer-causing genes are inherited from the parents.

Hence, the important risk factors related to the family history of prostate cancer are:

What is the role of gene changes in prostate cancer?

Additionally, men with Lynch syndrome (a type of inherited cancer syndrome) are at higher risk of developing several cancers, including prostate cancer. 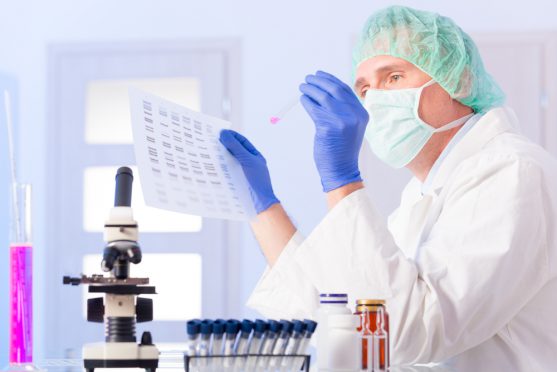 How will genetic testing reveal my risk of prostate cancer?

About one in every ten men in USA with hormone resistant metastatic prostate cancer will test positive for one of these mutations. Hence, genetic testing is increasingly considered an important tool to determine the presence of such inherited mutations relevant to prostate cancer.

Who should use genetic testing for prostate cancer?

Men who may need to think about genetic testing for prostate cancer include:

How is genetic testing useful for me?

Prostate cancer is treatable in the majority of cases, if detected early. In early-stage or localized prostate cancer, genomic testing helps to stratify men according to their risk and therefore scrutiny the treatment options best suited for them.

Men with a family history for BRCA or other mutations should also consider genetic testing. This helps in planning the most appropriate surveillance strategies. Men with an inherited risk of prostate cancer may be suggested to make certain lifestyle changes, such as exercising regularly, smoking cessation, and keeping a healthy weight, which may lower the risk of cancer. It also helps to determine the best possible treatment approach, if they develop cancer in future.

Men found to have a genetic mutation linked to prostate cancer without a family history, might lead other family members to think about genetic testing. Such kind of testing offered to family members is called cascade testing.

Men found to have a genetic mutation could be recommended to start being screened for prostate cancer at a younger age than men without a family history of the disease.

Precision medicine through genetic profiling in prostate cancer helps to tailor the cancer treatment or to predict the patient’s risk for aggressive disease in future. The day is not so far that genetic testing will take a lead role in preventing and treating prostate cancer.

The Journey of a Breast Cancer Patient (Part 1): Something’s Not Right

The Journey of a Breast Cancer Patient (Part 2): ‘Why me?’