Scientists at the ASCO (Americal Society of Clinical Oncology) 2018 meeting in Chicago[1] have said that Lynch syndrome (usually associated with an increased risk of colorectal and endometrial cancers), is linked with several additional types of cancer. New screening recommendations have also been suggested for families with a history of Lynch syndrome. 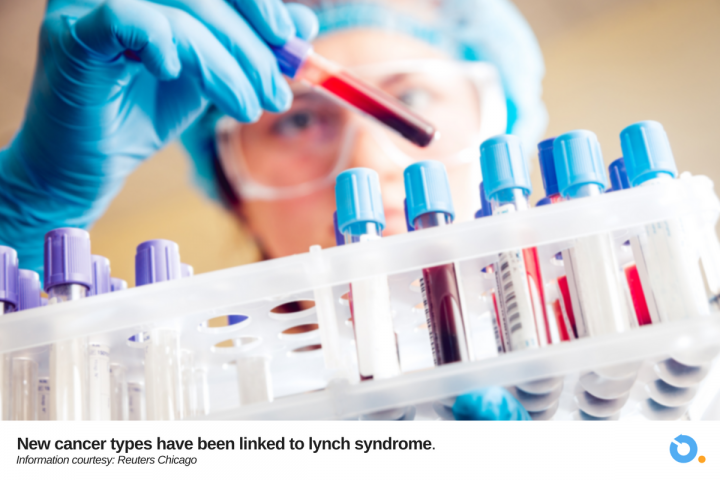 What is Lynch syndrome?

Discovered by (and named after) Dr Henry Lynch in the 1960s[2], the syndrome refers to the presence of 5 mismatch repair genes, or MMR genes that has previously been linked to the increased risk of certain cancer types. It is a genetic condition, and is generally seen in members of the same family (bloodline).

Before the new cancer types (including cancers of the ovary, stomach, urothelial tract, and small bowel, and less frequently – cancers of the brain, biliary tract, pancreas, and prostate) were linked[3] to Lynch syndrome, scientists performed a genetic analysis of about 15,000 tumor samples from 50 different cancer types. They were looking for glitches known as high microsatellite instability (MSI-H).

This genetic marker (MSI-H) is typically associated[4] with a lot of genetic abnormalities found in common tumors.

Colorectal cancer and endometrial cancer patients in the US are regularly subjected to screening for MSI-H, to test and confirm the presence of Lynch syndrome in their gene pool.

The tests yield positive for about 1 out of every 300 people in the US, and in about 3% of all cases of colorectal cancer. Once someone tests positive, they are subjected to genetic counselling, aggressive screening and potentially preventive surgeries.

The study of 15,000 samples (conducted at Memorial Sloan Kettering Cancer Center, New York) revealed[5]that 16% of patients with a wider variety of tumors featuring MSI-H, also had Lynch syndrome[6]. These tumor samples came from Memorial Sloan Kettering patients, and were analysed using IMPACT[7] – a next-generation genetic sequencing test that can sort through hundreds of cancer-related genes and identify mutations.

“Our findings suggest that all patients with MSI-H tumours should be tested for Lynch syndrome, regardless of cancer type or personal history,” – Dr. Zsofia Kinga Stadler (Memorial Sloan Kettering Cancer Center, New York)

Results from the study

“These are tumor types that we would never have referred for genetic counselling” – Dr. Shannon Westin (MD Anderson Cancer Center, Houston)

Since spring last year, MSI-H testing for Lynch syndrome has become increasingly common. At the time, the US FDA approved[8] the use of Keytruda – an immunotherapy drug for MSI-H tumors, regardless of the site of origin of the tumor.

Such developments have also paved the way for US-based health insurance companies to start covering genetic testing for MSI-H, Lynch syndromes and other genetic markers for cancer.

“The presence of MSI-H genetic marker in patients with prostate cancer, ovarian cancer, cancers of the gastrointestinal and urinary tracts, and sarcomas – indicates the risk of Lynch syndrome, which means that such patients should also be screened for colorectal and endometrial cancers.” – Dr. Amit Jotwani (Senior Radiation Oncologist & Co-founder, Onco.com)

North-East India is now India’s ‘Cancer Capital’ – Here is everything you need to know!