Prostate cancer is one of the most commonly occurring cancers in Indian men today. The number of these cases in India is expected to double by the year 2020. Prostate cancer occurs in the small, walnut-shaped muscular gland found in men, situated below the bladder and in front of the rectum. 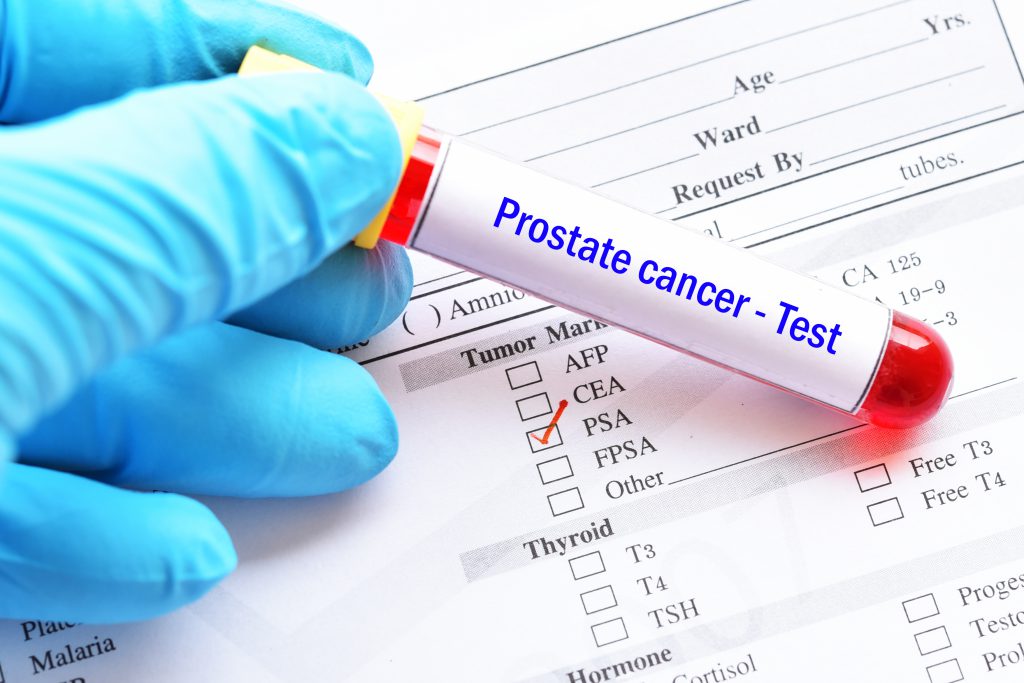 This is a slow-growing cancer and shows no symptoms in the initial stages. Due to its slow growth, early detection of this cancer, while it is still confined within the prostate gland, has a very good prognosis.

According to the Indian Council of Medical Research (ICMR), the incidence of prostate cancer in India is 9-10 per 1,00,000 men which is much higher when compared to other countries in Asia and Africa, but lower when compared to men in regions like the US and Europe.

Prostate cancer is usually prevalent in older men, where 6 out of the 10 diagnosed cases are among men over the age of 65 and the average age at diagnosis is 66. Since there are no signs or symptoms during the early stages of this cancer, few screening tests are recommended to help in the diagnosis.

One of the common screening tests used is the Prostate-Specific Antigen or PSA blood test. The test is used to determine the amount of PSA levels in the blood. Before we delve deeper into how PSA is linked to prostate cancer, it is essential to understand what PSA is. This is essentially a protein that is produced by both malignant as well as non-malignant tissues in the prostate gland. PSA is also found in semen and small amounts of the protein are also circulated through the blood.

But, this does not necessarily mean that men with less than 4ng/ml do not have prostate cancer. PSA test is not a diagnostic test but a screening test. This means that high PSA levels may be indicative of cancer but in many cases, these elevated levels shows no sign of malignancy. Some common causes of elevated PSA levels include:

This is a condition which causes inflammation to the prostate gland, and can cause an escalation in the PSA levels.

PSA levels may increase with age, even if there is no abnormality with the prostate.

Non cancerous conditions like Benign Prostatic Hyperplasia (BPH) might lead to enlargement of the prostate, thereby increasing the PSA levels.

Many a time, in men with elevated PSA levels, doctors might choose to repeat the test or recommend a biopsy to confirm the presence of a malignancy. For a long time now, the PSA blood test has been the gold standard for determining the presence or absence of prostate cancer. Doctors and organisations used to recommend routine PSA screening for men above the age of 50. However, it is currently under debate whether men need to be routinely subjected to such blood screening tests as it can lead to overdiagnosis and irrelevant treatment procedures.

Other factors that may affect your PSA levels

It is difficult to set a specific limit for PSA levels to screen for prostate cancer because there may also be other factors responsible to increase or decrease the PSA levels. Those are:

This spikes the PSA levels for a short time which is why doctors advise men to restrain from ejaculation for one or two days before testing.

Few clinical procedures like cystoscopy or a prostate biopsy may raise the PSA levels for a short time. Drugs used in the treatment of BPH and other urinary symptoms like finasteride or dutasteride may lower your PSA levels.

Exercises that add pressure to the prostate

Some studies show that exercises like cycling which may put pressure on the prostate can also be responsible for increasing PSA levels for a short time.

Some research has suggested that the long term use of certain medicines like aspirin and cholesterol-lowering drugs like statins may lower your PSA levels.

Talking to your doctor about anything that might increase or lower your PSA levels is very important, as it will help them advise on the dos and don’ts before appearing for a PSA screening examination.