You have finally survived testicular cancer, and now you’re overwhelmed with several strong emotions.  While these feelings are normal, they raise questions in your mind.  You may be wondering if you will ever have a normal sexual life or be able to father children.

Testicular cancer is a rare malignancy that affects 1 in every 250 men in their lifetime, peaking between 20-40 years, a prime age for men interested in having children. Thankfully, the disease has one of the highest curable rates, even in the advanced stages. But its treatments have various consequences that are not always pleasant, particularly on fertility.

Many men diagnosed with testicular cancer aren’t aware of their fertility options before undergoing cancer treatment. Oftentimes, oncologists do not provide fertility preservation counseling and education to their patients, placing a lower value on the risk of future infertility. 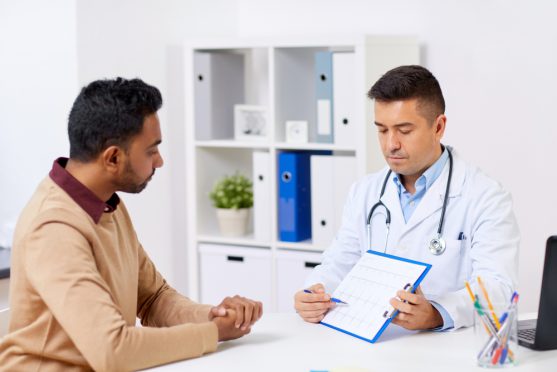 This article will summarize the various effects of cancer treatment on male fertility and the options men have after that.

Testicular cancer is the abnormal growth of germ cells that develop inside the testicles. The testicles are the male reproductive organ responsible for sperm production and for making the testosterone hormone.

Based on the cell type, testicular cancer can be of two main types:

How do I check if I have testicular cancer?

When cancer is suspected, your doctor may note your symptoms and perform a thorough clinical evaluation and a battery of tests.

Listed here are some common ways of diagnosing testicular cancer:

Surgical removal of the affected testicles usually helps in confirming the diagnosis and serves as the first step of treatment. But to determine the extent of cancer spread, your doctor may order additional imaging tests in the future.

You can read more about the signs, symptoms and treatment of testicular cancer here.

How is testicular cancer treated?

Depending on the stage and type of cancer you may have, your doctor may recommend one of the following treatments.

Your doctor may sometimes prescribe adjuvant therapy (both radiation and chemotherapy) after surgical removal of the testicles to ensure that all abnormal cells are removed from the body.

As per this definition from the World Health Organisation, infertility is the failure to conceive for 12 months or more with regular, unprotected sexual intercourse.

Infertility is a universal problem, confronting nearly 8-12 percent of couples, with male-related factors accounting for nearly half of them.

In recent years, male infertility appears to be rising globally. The causes for this are poorly understood in most cases.

Some experts believe it is due to greater incidences of male genital tract abnormalities such as cryptorchidism & testicular cancer.

In India, the estimated prevalence of infertility lies between 3.9 percent and 16.8 percent, varying by state, tribe, and caste within the same region.

Effects of testicular cancer and its treatment on fertility

Cancer treatment can also impact the male reproductive system, causing a range of fertility problems. While these problems are often temporary and may resolve after treatment, they can become permanent in some men.

Among these issues are:

The resumption of fertility after cancer treatment is highly unpredictable and usually depends on:

Removing one of the testicles does not affect most men’s fertility, provided the other testicle is healthy and produces enough testosterone and sperms.

Men who have a history of undescended testicles, or cancer in both testes, may experience infertility. In such men, fertility preservation through sperm banking is the only viable option.

This is a standard surgical procedure for removing metastatic abdominal lymph nodes. But the surgery itself is a bit tricky. Sometimes, the treatment can cause accidental damage to the nerves or muscles that control ejaculation,  causing semen to pass into the urinary bladder rather than coming out of the penis. This is called retrograde ejaculation.

Retrograde ejaculation does not affect your sperm production but may influence the normal way of producing babies. If you have retrograde ejaculation, your doctor can perform some more surgeries or prescribe medication to resolve the issue. Or may retrieve the sperm cells from urine and use them for in-vitro fertilization(IVF).

Radiotherapy  uses high-energy X-rays or other beams to kill the cancer cells. In a dose-dependent manner, radiation to the testicles or any part close to the abdomen or pelvis can greatly reduce the production of sperm and testosterone.

Despite the shielding of testicles, the low radiation doses can still kill sperm cells and germ cells producing sperms. Therefore, even if a male is fertile, fatherhood even a few years after radiation therapy is not advised.

It works by killing the rapidly dividing cells. Because sperm cells divide rapidly, they are the natural targets for chemotherapy damage, particularly for alkylating agents.

For most men, the ability to produce sperm may return after treatment, taking a few months to years. In some, however, this may never happen due to the extensive damage to the genetic makeup of the germ cells.

High doses of chemotherapeutic drugs alone or in combination have a much higher risk of permanent infertility.  Also,  men who receive adjuvant therapies are more likely to become infertile permanently.

Whether your chances of infertility are high or not, it is best to store your sperm before starting on the cancer treatment.

This is a well-known and widely used option for all men who want to start a family. The procedure is both safe and effective. It involves freezing and storing sperm at a very low temperature for an indefinite period.

Though the process can affect the viability of many sperms, the surviving sperms can still be thawed and used for artificial insemination, such as IVF or intrauterine insemination.

This is even possible when the sperm count is low in the semen. Typically, sperm banking is offered after surgery, but to ensure healthy sperm, it is important to have it before undergoing any toxic cancer treatment.

What should I ask my oncologist?

Fertility-related decisions are typically hard and the treatments are often expensive. Therefore, before deciding on anything, discuss your needs and desires with your cancer care team.

Few concerns you might want to discuss with your doctors are :

Fertility is a strong emotional desire in humans. While treating cancer is important for a healthy future, it does harm fertility, which can be a genuine concern for many men.

Therefore, before proceeding with your treatment plan, educate yourself about the options you have to increase your chances of later conception. If you are unsure about anything, consult with your doctor to make the best decision.

Black Fungus, White Fungus and Yellow Fungus: All You Need To Know

In Search Of #CancerWoman – Confessions Of A...