Based on their occurrences, some cancers are considered common and some rare. Testicular cancer is among the latter and is said to be rare both worldwide and in India, with an incidence of less than 1 per 1 lakh men in a year. 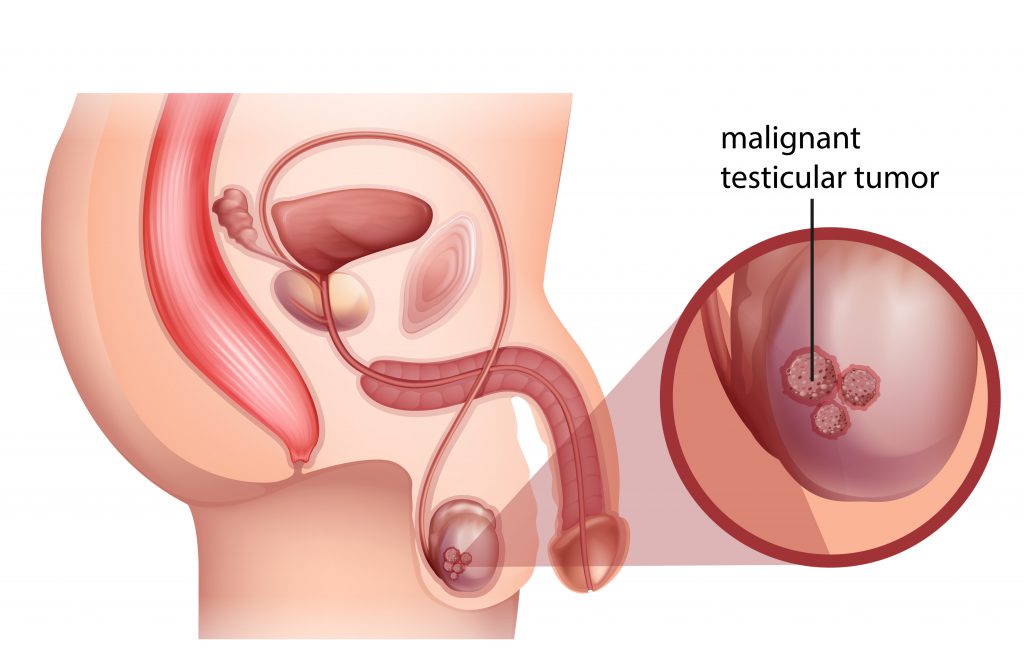 Other symptoms when testicular cancer has spread to other organs include:

One would be happy and relieved to know that about 95% of men with testicular cancer make a complete recovery after treatment completion, provided the cancer was diagnosed early.

The treatment for testicular cancer, like most cancer types, is dependant upon the stage and type of cancer. While all seminomas are treated in one way, the non-seminomas as well as mixed-cell tumours are treated alike. Most often, the treatment of this cancer involves a combination of treatment options – surgery, radiotherapy, and chemotherapy. The first line of treatment is usually orchiectomy which is the surgical removal of the affected testes and is done in cases of carcinoma-in-situ, where the cancer has not spread outside the testicle.

It is natural to feel anxious and worried about being diagnosed with testicular cancer. But, after you have come to terms with your emotions, it is best to gather courage and opt for treatment. Though the cancer is rare, easily diagnosable and has a good prognosis, one still needs to fight to beat it! While people with testicular cancer may face a variety of symptoms, it is better to go for a personalised consultation to assess your case better. Here’s where you can know in detail about testicular cancer.

Colorectal Cancer: How You Can Reduce Your Risk...

Cancer Screening: Should I Get Screened Or Not?

Prostate Cancer: How Can Genetic Testing Help You?

How Can I Reduce My Risk of Prostate...

Can Papillary Carcinoma Thyroid be Cured? How?

Why You Should Quit Smoking

What is Hodgkin’s Lymphoma? Does It Only Affect...

Comorbidities and Their Role in Cancer Treatment