Cancer does not always give characteristic symptoms. Many a time, the cancer is silent, i.e it gives little or no signs or symptoms, making it difficult to detect it in the early stages. 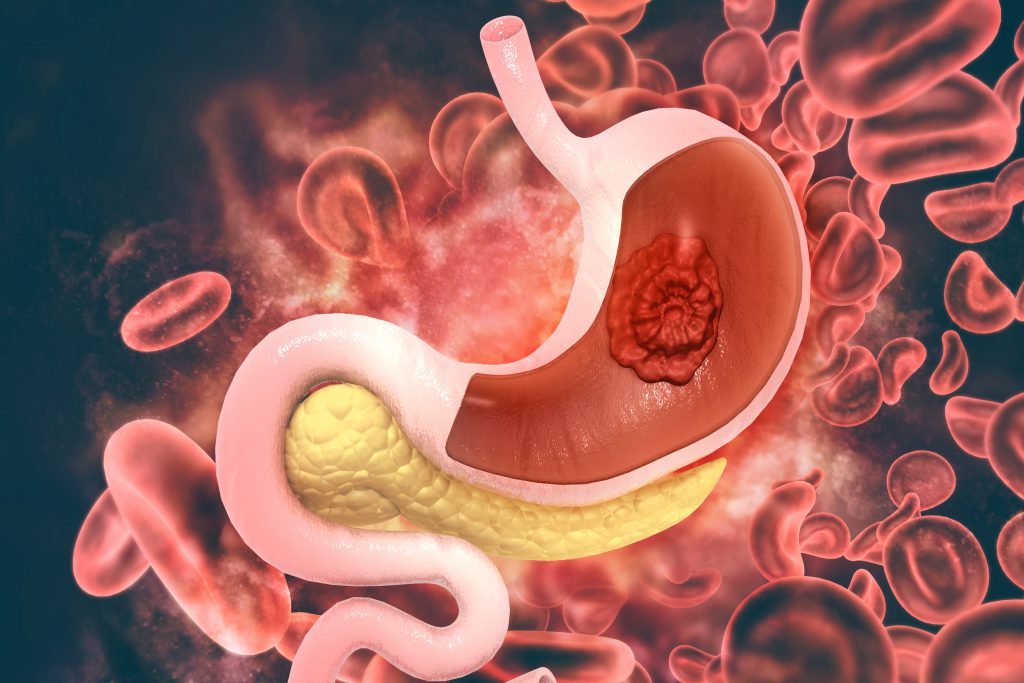 There are other cases wherein the symptoms produced by the cancer are similar to many routine infections or conditions often resulting in misdiagnosis and late detection. One such cancer is stomach or gastric cancer, which is often silent in the earlier stages with no specific symptoms and becomes symptomatic only in the later or advanced stages.

The stomach is placed midway in the abdomen and is anatomically and functionally related to other nearby structures and organs such as the liver, pancreas, oesophagus and colon. For this reason, these structures share common risk factors for developing cancer. Most stomach cancers are adenocarcinomas that form in the glandular cells of the stomach’s innermost lining. Due to structural and functional position of the stomach, the symptoms produced as a result of stomach cancer are easy to overlook or misunderstand.

It is common for people with early-stage stomach cancer to show absolutely no signs or experience any symptoms. But, as the cancer begins to grow and spread, some symptoms may be felt by the patients such as:

When you read this list of symptoms, you realise that many of these symptoms are also seen with other conditions such as irritable bowel syndrome, GERD, allergy to foods, stomach ulcer, viral or bacterial infections etc. While many people choose to treat a lot of these symptoms using home remedies, very few actually visit their doctor, only to be misdiagnosed.

Based on the symptoms shown by the patient, the doctor might suggest an upper gastrointestinal endoscopy, biopsy, and/or CT scans in order to confirm gastric cancer. Based on the stage of stomach cancer, the appropriate treatment is given to the patient and usually, early detection and diagnosis have a better treatment success rate in this cancer type.

While November is the month of stomach cancer awareness, let us raise awareness on its causes, symptoms, diagnosis and early treatment. Here’s where you can know all about stomach cancer.

6 risk factors of cervical cancer that every...