Fact File: Some Cancer Are Caused by Viruses

Viruses are tiny organisms, which cannot be seen through an ordinary microscope. Their genetic material has a small number of genes, in the form of DNA or RNA, surrounded by a protein coat.

A virus enters a living cell, takes over the cell’s machinery, and produces more viruses. Some viruses reproduce by inserting their genetic material into that of the host cell; this can affect the cell’s genes and induce carcinogenesis. Carcinogenesis is the process of forming cancerous cells.

Many viruses are associated with cancer in human beings. Viruses contribute to about 15% of all human cancers, indicating a significant global cancer burden.

Usually, a viral infection requires several years or even decades to progress to cancer. Moreover, only a viral infection is not sufficient for inducing cancer; additional contributing factors include genetic predisposition, mutations, low immune function, and exposure to carcinogens.

How do viruses cause cancer?

Viruses that cause cancer, also known as oncoviruses, cause infections that last for long periods, where there is little or no production of viral particles. These infections may last throughout the life of an individual.

Based on the mechanism, oncoviruses can be classified as direct or indirect carcinogens.

Direct carcinogenic viruses have the viral oncogenes (genetic material that can trigger cancer), which can result in formation of a cancer cell. These viruses can cause cancer by expressing the viral or cellular oncogenes.

Replication of certain viruses (retroviruses) requires integration of their genetic material into the host genetic material, following which the mechanisms in the body that suppress tumor growth become suppressed.

There are other viruses that may transform the host cell into a cancer cell by expressing their own cancer-causing genetic material.

The indirect viruses act by either triggering chronic inflammation and oxidative stress, which persistently damage local tissues, or by producing immunosuppression that reduces or eliminates anti-tumor immune surveillance mechanisms.

While most viruses use either of the mechanisms for causing cancer, there are others that may use both.

Which viruses cause cancer?

Some of the cancer-causing viruses are discussed below.

HBV and HCV are viruses that cause acute and chronic viral hepatitis, a type of liver inflammation. Chronic infections increase a person’s chance of liver cancer. 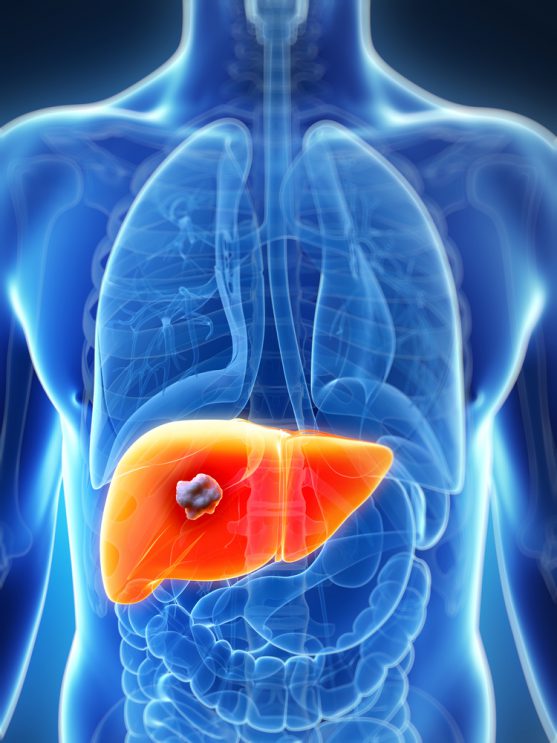 The probability of acute infection progressing to chronic infection depends several factors including age of the individual at the time of infection.

About 90% of acute infections immediately after birth (perinatal period), and 20% in childhood, progress into chronic phase.

HBV and HCV can be transmitted from person to person in these ways:

HBV can integrate itself into the human genetic material, and replicate within the liver cells. This increases the carcinogenic activity through various mechanisms in the liver.

HCV is more likely to cause chronic infection than HBV, which can lead to liver damage or cancer.

HHV-8 infects the cells that line the blood and lymph vessels, and causes the cells to divide uncontrollably. These changes may eventually turn the cells into cancerous cells.

Kaposi sarcoma is a slow-growing, rare cancer, characterised by reddish-purple or blue-brown tumors just beneath the skin. HHV-8 virus is usually transmitted via blood, sexually, through saliva and in rare cases from mother to fetus.

Although HHV-8 infection may be present in the body for a long time, it does not cause Kaposi sarcoma in most individuals. Individuals with certain conditions that weaken their immune system, such as HIV or immunosuppression after organ transplant, are more likely to develop the disease.

Kaposi sarcoma is common among HIV-positive individuals who do not receive treatment.

HHV-8 infection can also cause some rare blood cancers, and multicentric Castleman disease (an overgrowth of lymph nodes), which often develops into lymph nodes cancer.

Merkel cell polyomavirus (MCV) has been found to cause a rare type of skin cancer called Merkel cell carcinoma (MCC).

Most individuals with MCV infection do not present any symptoms. In some individuals, MCV affects the human cell DNA, which can lead to cancer.

The modes of transmission of this virus are not well understood; however, the virus has been found in different parts of the body, such as the skin and saliva.

MCV genetic materials have been found in about 80% of the tumors, which suggests the virus has a role in MCC carcinogenesis.

MCC, also known as neuroendocrine carcinoma of skin, which occurs in individuals who are highly exposed to the sun, and/or have weak immune systems. In this type of cancer, cells located in the outer layer of skin, called the Merkel cells are affected; they appear to have sensory roles, such as detecting textures and other functions. 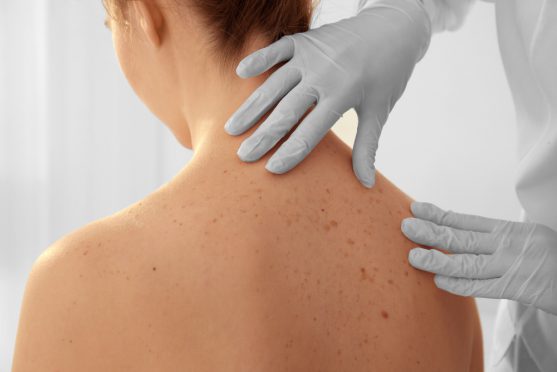 Human papillomaviruses (HPVs) are a group of about 150 viruses, which can cause papillomas or warts. These viruses commonly infect the skin or the mucous membranes of the mouth, throat or vagina.

HPV can be transmitted by skin-to-skin contact, commonly during sexual intercourse.

Although HPV infections are common, cancers caused by HPV infection are rare. People with chronic infections of high-risk HPVs are at risk of developing cancers.

The infection can lead to cancer when the HPV genetic material is integrated into the human genetic material, disrupting the tumor-suppressing mechanism of the host cells.

Apart from cervical cancer, HPVs can also cause cancers of the mouth, throat, penis, anus, vulva and vagina.

The virus can cause a range of diseases such as adult T-cell leukemia, HTLV-1-associated muscle disorders, polymyositis, arthropathy, infective dermatitis associated with HTLV-1 (IDH), Sjögren’s syndrome, and facial nerve paralysis.

It is transmitted through sexual contact, blood transfusions, during childbirth and through breastmilk.

Although the infection is a slow transforming one, it progresses rapidly once the tumor formation begins. The cancer-causing mechanisms of HTLV-1 are poorly understood; it is believed to undergo genetic alterations, which releases certain viral particles that lead to cancer.

It commonly causes infectious mononucleosis. This virus can cause chronic infection without any symptoms.

EBV mainly targets the B cells but can also infect epithelial cells of the upper digestive tract. The primary site of infection is the oropharyngeal cavity.

EBV can be transmitted by kissing, coughing, sneezing, or by sharing drinking or eating utensils, blood transfusions, as well as intrauterine transmission (rarely).

How can virus-related cancers be prevented?

Understanding the role of viruses in cancer has led to the development of various preventive strategies, as discussed below.

The first strategy is vaccination. Vaccines are available for HBV and HPV.

Vaccines for other viruses like EBV are under research.

HPV vaccination can prevent about 90% of HPV-related cancer cases. These vaccines are given as a series of injections and have been approved for both sexes. Owing to several controversies and costs associated with universal implementation vaccination for HPV is not a part of universal immunisation schedule in India. However, they can be safely considered for young girls.

Vaccination of HBV has shown to reduce the risk of chronic viral infection, liver damage and liver cancer. Vaccination for HBV is a part of universal immunisation schedule in India.

The vaccines can only protect against the infection, not stop or treat an existing infection; it is not effective if the person has already been exposed to the cancer-promoting virus.

Thus, the vaccines should be given before the person becomes sexually active.

Factors like a long delay between primary viral infection and associated tumors, and cost involved in administering vaccines, affects the feasibility of vaccinations to prevent cancer in developing countries. 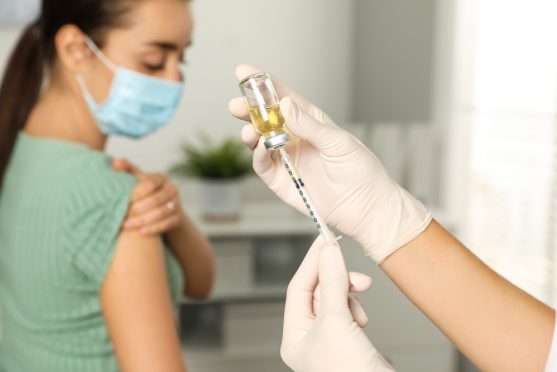 Some virus associated cancers like those caused by HPV, HBV and HCV can be detected early due to a long lead time and presence of precancerous lesions that develop into early tumors over a period of time. Screening for cervical cancer caused by HPV (HPV DNA testing, PAP smear) and liver cancer caused by HBV and HCV ( Ultrasound of liver and blood tests like AFP) are a standard practise.

Immuno virological tests and other tests can be used to screen for these viruses. This would help in the early diagnosis of the cancers, in turn increasing the chances of successful treatment.

Certain genetic tests are available that can detect the genes that increase your susceptibility to cancers.

After these tests, genetic counselling should be provided to the individuals who carry these genes, to encourage them to change their lifestyles and manage other conditions that can increase the risk of cancers.

Other preventive measures include:

Cancer has a multifactorial origin and is dependent on the interaction of these multiple factors. These factors can be either physical, chemical or biological. Thus, only preventing viral infection by vaccination is not sufficient in eradicating the cancer. Other risk factors should also be managed to prevent cancer.

Get These Carcinogens Out Of Your Life

What Can A Lump In Your Thyroid Mean?

How Can I Reduce My Risk of Prostate...

Why You Should Quit Smoking