How does our immune system help with cancer treatment?

The human body has many organ systems that work in unison for optimal functioning of the body. Immune system is one such organ system that plays a vital role in protecting our body against disease or foreign bodies (pathogens). It is a complex network of cells, tissues and organs that actively fight against various infections and damaged cells. 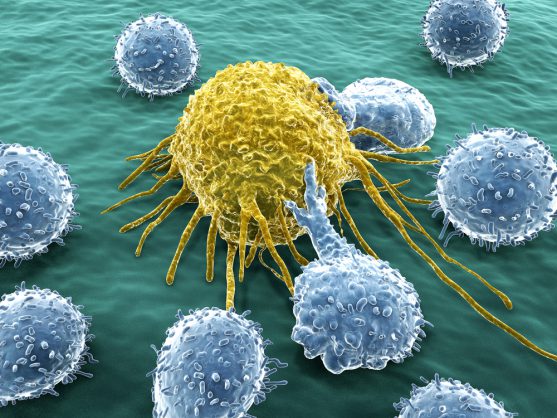 If the immune system becomes dysfunctional, one becomes susceptible to invasion by the millions of microbes around us which cause infection and other kinds of illnesses.

What constitutes the immune system?

The defense system of our body is made up of bone marrow, thymus, lymphatic system or lymphoid organs, various immune cells, and skin and mucous membranes.

The major components of the immune system are as follows:

The main types of WBCs are:

Where do immune cells originate?

Immune cells are the collection of cells that defends the body from invaders. These cells have a unique ability of detecting and reacting against foreign organisms. These cells include:

After the T and B lymphocytes have matured in the thymus and bone marrow, they travel to the lymph nodes and spleen where they stay until an immune response is evoked.

What are the types of immune system?

The immune system can be categorised as follows:

Also known as in-built immunity, the innate immune system is inherited from parents and passed on to the children. The innate immune response consists of physical, chemical and cellular defences against pathogens. They act immediately to defend the body from infection.

Also known as adaptive immunity, the acquired immunity is developed following exposure to certain antigen. This immune response takes time to develop, after the first exposure to a new antigen (foreign body).  Once the antigen is remembered, the responses to that antigen are quicker and more effective.

The unique components of acquired immunity are the lymphocytes (T cells and B cells). The lymphocytes secrete antibodies, highly specific protein molecules that bind to a specific pathogen. This specific immune response can kill cancer cells and can generate an immunologic memory of each tumor-related antigen.

Immune response is the specific reactivity induced by the immune system, when confronted by a foreign body or pathogens.   Immune response primarily involves identifying pathogens and clearing the damaged and dying cells from the body.

It is an antibody mediated immune response.  Humoral immune response begins when an antibody on a B cell binds to an antigen. Activated B cells grow rapidly, producing plasma cells, which release antibodies into the bloodstream and destroy the antigen.

The memory B cells store information about the pathogen in order to provide future immunity.  It is a primary defense against extracellular bacterial pathogens.

Natural killer (NK) cells inactivate pathogens and the cytotoxic T cells kill the infected cells with or without antibodies.  The cell-mediated immune system also plays a role in the rejection of organ transplants or graft tissue.

The immune system and cancer

Cells in our body grow, survive, and die as per the signals given by the genes. But, when this process is disturbed, cells may begin to grow abnormally and no longer respond to the signals. These cells grow and divide uncontrollably leading to cancer.

The term “cancer” describes the diseases in which certain cells divide at an uncontrollable rate and form a mass called tumor. These cells divide rapidly and invade other parts of the body.

In most cases, our immune system fails to recognize these cells as foreign bodies as cancer cells usually start out as normal cells. When recognized as abnormal cells, the immune system destroys those cells, but some cells may escape this, and silently keep growing to form cancer.

Some cancer cells may move out into the circulation and invade the surrounding tissues.

In immunodeficiency conditions, the immune surveillance may not be optimal enough to recognize these abnormal cancer cells, hence, no immune response is initiated against these. In people with co-morbid conditions such as diabetes, or stress, the body has chronic inflammation engaging the major immune cells, hence the cancer cells may go unnoticed.

Immunotherapy – How can the immune system be utilised for cancer therapy? 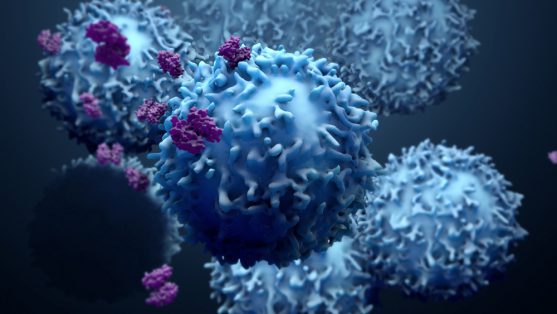 Immunotherapy is also called biologic therapy.  Cancer immunotherapy aims to strengthen, and sustain the power of the immune system to fight cancer. The treatment uses certain drugs that can boost the body’s natural defences to recognize the cancer cells as abnormal and fight them.

Immunotherapy may work by:

Types of immunotherapy that are used to treat cancer include:

These drugs work by releasing “brakes” that keep T cells (a type of white blood cells and part of the immune system) from killing cancer cells. These drugs do not target the tumor directly. Instead, they interfere with the ability of cancer cells to avoid immune system attack.

In this treatment, the natural ability of T cells to fight cancer is boosted to help attack and destroy the cancer cells. However, this treatment is still experimental.

Here, artificial immune system proteins are designed to recognize and attack the cancer cells. It is also known as targeted therapy.

Some vaccines are used to treat cancer. These vaccines boost the immune system to recognize and destroy the abnormal cells.

It is a new promising form of immunotherapy against cancer. This therapy involves usage of viruses to infect and destroy cancer cells without causing any harm to the normal cells.

Currently, the FDA has approved only one oncolytic virus therapy for cancer i.e., talimogene laherparepvec (t-vec) for melanoma.

What is the current status of immunotherapy?

Currently, immunotherapy is promising and is a rapidly developing mode of therapy. The US Food and Drug Administration (FDA) has approved a few immunotherapy drugs as a treatment option for many types of cancer, including lung cancer, melanomas, kidney cancers, bladder cancer, head and neck cancers and lymphomas. Many immunotherapy drug candidates are in the various research stages.

Why We Need To Let Our Cancer Patients Talk

Can Theatre or Dance Help You Cope with Cancer?