Working at a firm that specializes in expert Cancer advice, I have grown to develop a love-hate relationship with traditional Cancer treatment formats. Here, ‘traditional’ refers to modalities that most people are familiar with – namely Radiation, Surgery and the biggest of all – Chemotherapy. 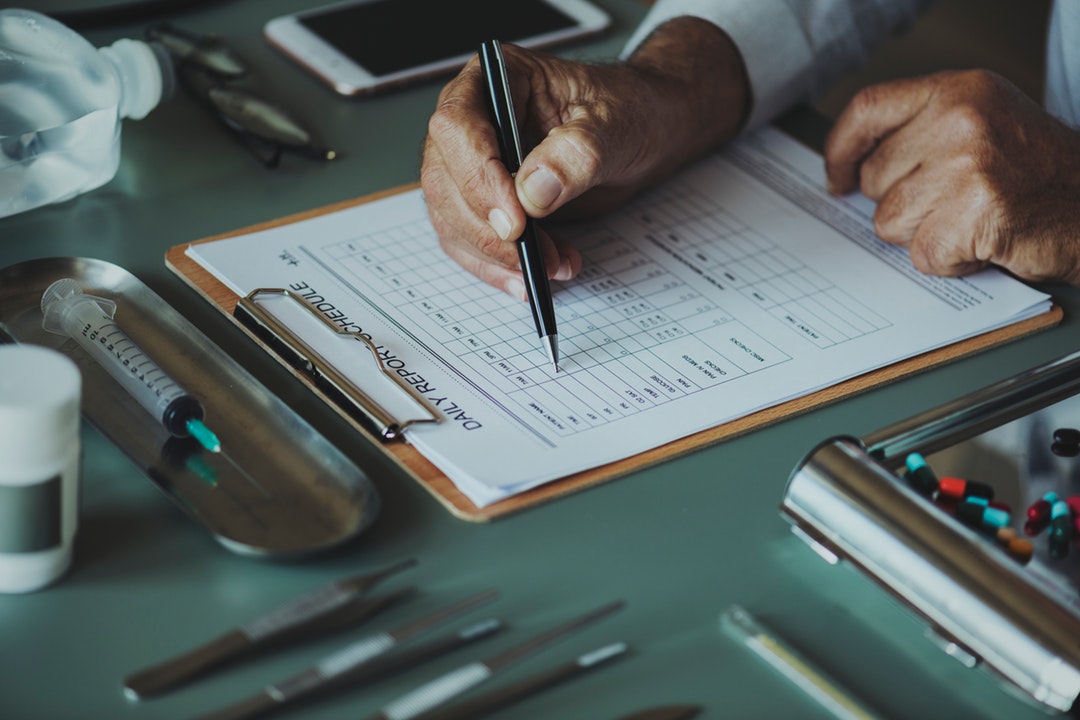 Having said that, it is also important to note that each of them has a very important role to play in treating patients around the world. Some time back, I wrote about Ron Levy’s Near-Perfect Immunotherapy Agentsbut there is some merit in accepting the fact that these treatments are still mostly at a trial stage. Even the Clinical Trial that is recruiting Glioblastoma Patients to treat their Brain Tumors without Chemotherapy, is at best a trial.

What happens to traditional treatment options in the meantime?

As stated above, there is no doing away with the fact that Chemotherapy (and other traditional treatment modalities) are here to stay. The ever-expanding incidence rates in Cancer are nothing if not a testament to the fact that truly “world-changing” Cancer treatment requires deep, insightful efforts in every direction.

Can existing treatments be optimized to improve outcomes? 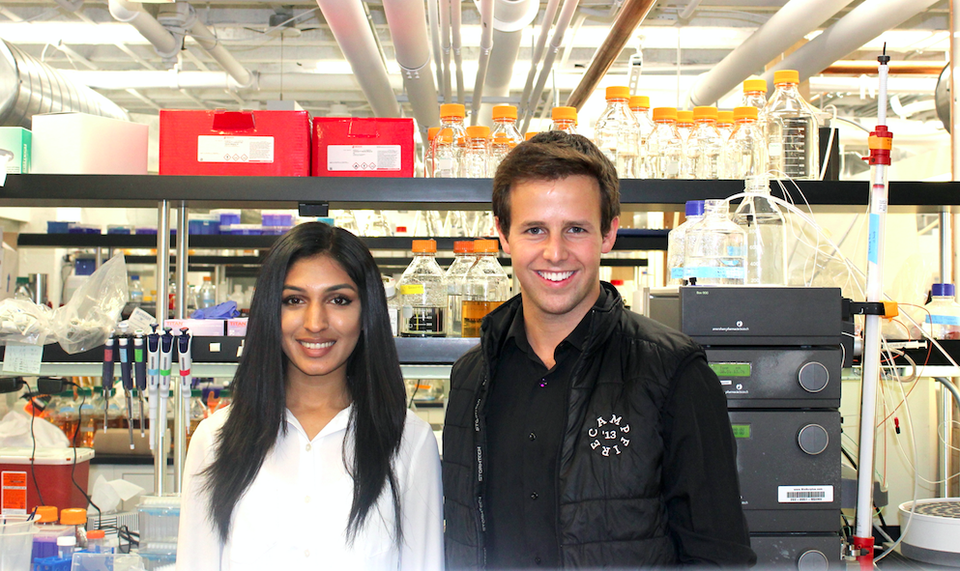 Two researchers from Harvard University seem to have asked the same question, and their answers have led them to discover a whole new way to make Chemotherapy better. In the words of Nathaniel Brooks Horwitz and Nikita Shah (Co-founders of Nivien Therapeutics[1]), they are doing this to increase the effectiveness of existing Cancer treatments, and to reduce the emotional, physical, and financial stress that Cancer patients face today. The duo have said that they share a “common goal” to increase the effectiveness of Chemotherapy, improving the general quality of care that patients receive, in the process.

What is the “Nivien Approach” to Chemotherapy? 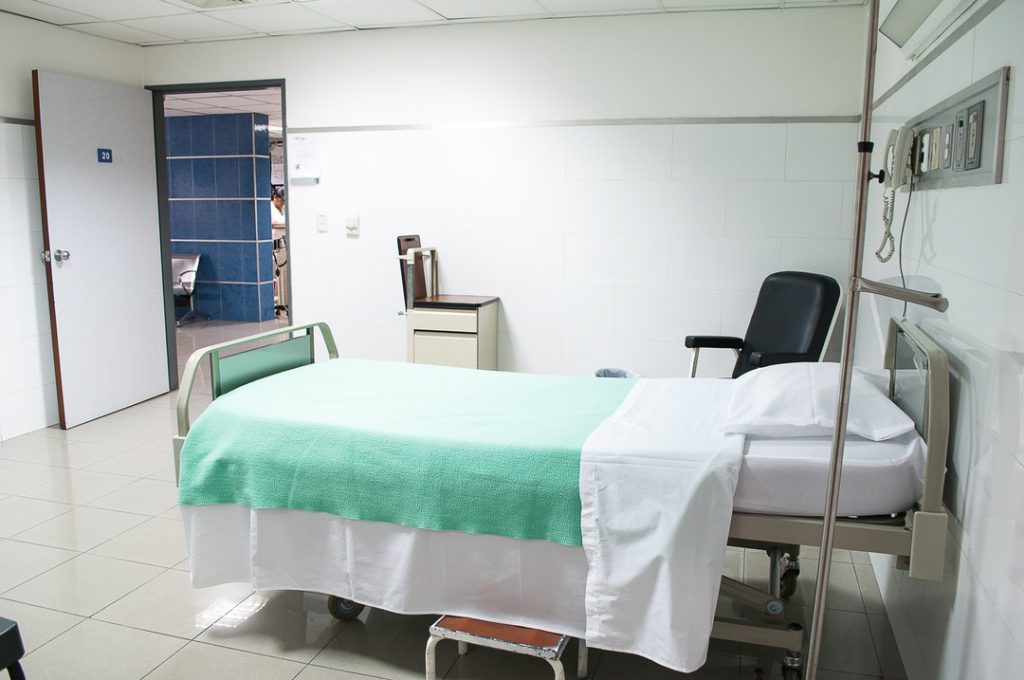 Nivien’s approach to Chemotherapy is very different from methods employed by existing pharmaceutical companies and other (emerging) bio-technology startups.

In the founders words,their goal is not just to develop another risky and high-priced drug that does not affect a majority of Cancer patients. Nivien aims to develop new treatments that can shut down the common defense patterns seen in Cancer cells, pushing existing therapies to be more effective in driving patients into remission.

Both Shah and Horwitz are of the opinion, that neutralizing a cancer cell’s defence system is a more efficient pursuit of the elusive ‘Cancer Cure’, as compared to creating stronger drugs to attack defective cells. In fact, this methodology allows Nivien to treat a variety of Cancers that demonstrate the same, highly exploitable defense mechanisms. 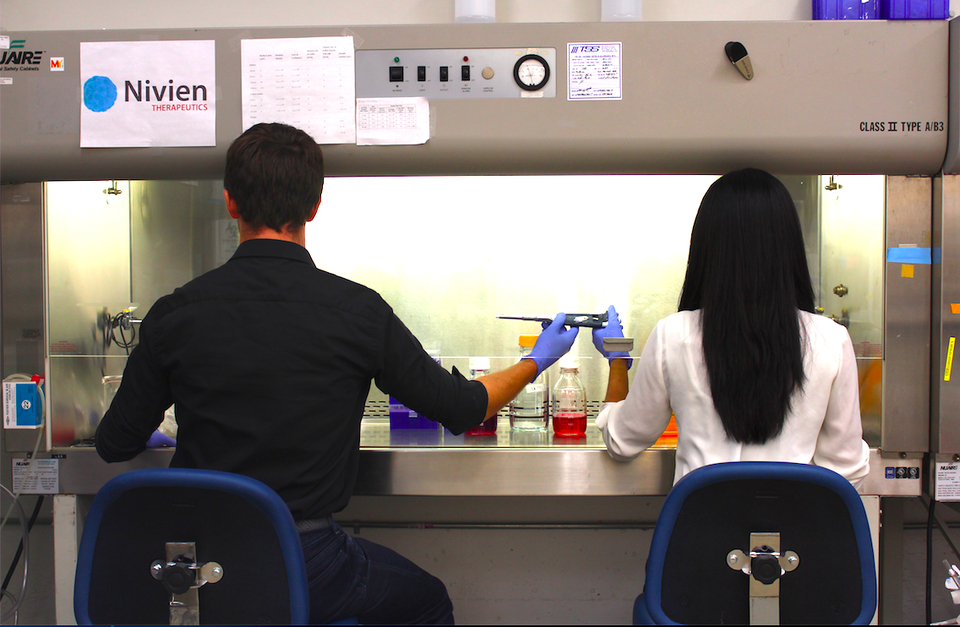 Nivien developed a unique approach to kill Cancer cells, based on two freshly published insights. The first insight had a lot to do with Hippo Signaling Pathways.

A mutation in any one of the key genes of the Hippo Signaling Pathway can lead to uncontrolled cell growth, which is basically Cancer.

In a fresh development, researchers discovered a way to deactivate this cell pathway.

The second key insight for Nivien, was that the body’s Immune System responded better when the Hippo pathway was deactivated. This, in turn, allowed Nivien to develop a strategy similar to the Greek Epic Tragedy, where they began studying the standard defensive response issued by Cancer cells to most treatments, and then they ‘modded’ existing drugs to neutralize those treatments. The mode of administration continues to be Chemotherapy, albeit in a structurally more effective fashion.

Nivien plans on using computational biology in addition to the data available from laboratory benchwork, to sort through the sequenced DNA samples of thousands of Cancer patients. The rate at which the overall computational power involved in such toolkits has increased, promises faster results for the duo.

So far, Nivien has been able to profile a much wider range of Cancer patients than they would have a few years ago. Fast and organized access to this diverse ‘Biological Dataset’ allows them to map the common Escape Routes faster. At present, Nivien seems focused on treating Pancreatic Cancer more effectively using this approach.

The Nivien approach in a nutshell

3. Develop tailored drug combinations that integrate these blocking molecules, to combat the “evolution” of Patient’s Cancer

Does this impact the cost of Cancer treatment? 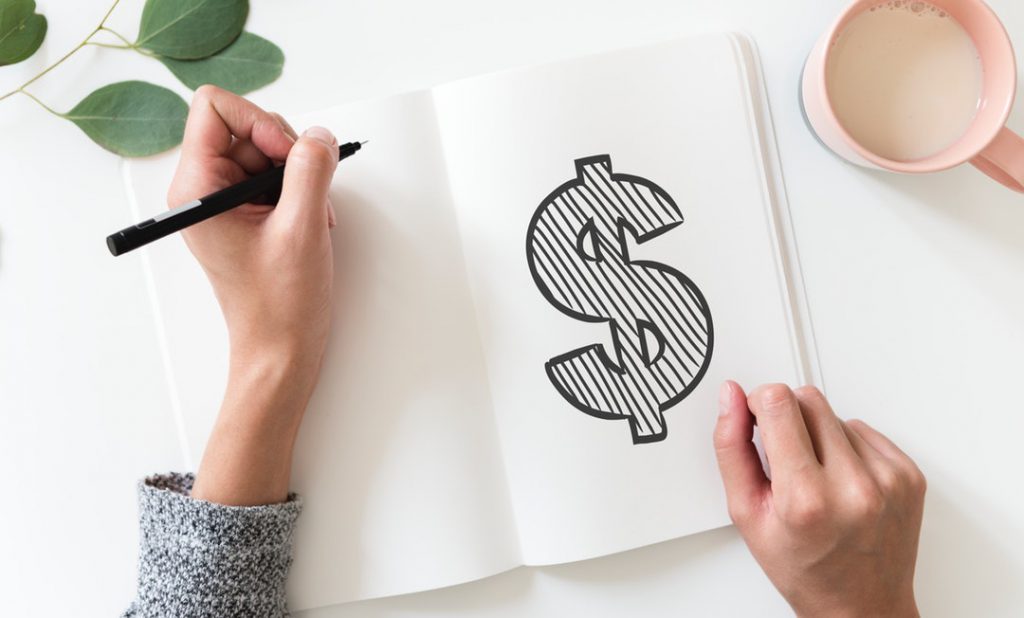 Existing Cancer treatments are both complicated and costly, with the global average of treating (for instance) Pancreatic Cancer, running into roughly $62,000. A CNBC Report states that the Global Cancer Drug Market Size in 2016 was $107bn. These skyrocketing costs are merely an indicator of how difficult it is to treat Cancer with standard regimens. And it keeps getting higher as the industry mostly focuses on new drugs, rather than the ability to counter-act on the ‘Escape Routes’ (term coined by Nathaniel Brooks Horwitz) that are common to most Cancer cells.

“Cancer cells use these ‘escape routes’ to avoid the main effect of chemotherapy, which is inducing cell death. With our approach, we have a first hand view on how these escape routes evolve when a patient undergoes initial treatment.” – Nathaniel Brooks Horwitz

Nivien’s approach, if applied well, can decisively bring down the costs associated with traditional Cancer treatment modalities. By strengthening existing therapies, it paves the way towards better outcomes and increased survival rates at lower dosages. However, only time (and data) will reveal the exact advantage that the Harvard duo are bringing to Cancer care.

What are the Risk Factors and Symptoms of Lung Cancer?