The Thing About Cancer: Being a Cancer Warrior

Leukemia warrior Aashim Joy shares his story so that we may know that victory is possible. 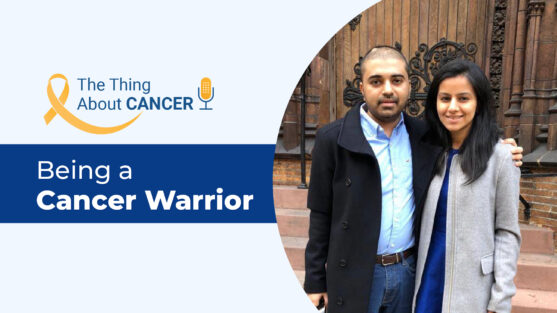 It was the year 2017 and Aashim was living his best life yet. Just six months before, he had married the love of his life, and moved to New York city. It was a dream come true. 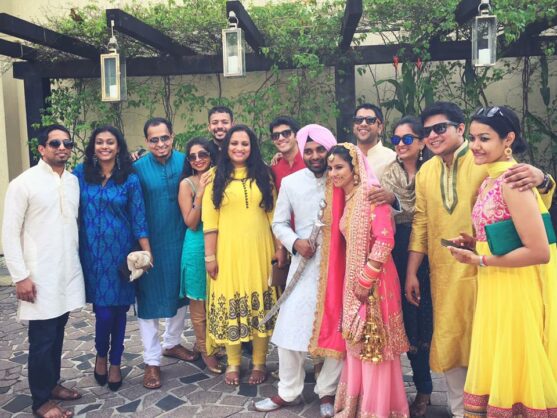 Around the 4th of July, he had invited his parents over so they could experience New York for the first time. It was a time for celebration and everyone was very excited.

For the past few months, Aashim had been suffering from fevers, headaches, ankle aches and sensitive ribs but he had been taking over-the-counter medication for it. It kept coming back but it was not something that worried him too much.

But after yet another bout of fever, on the insistence of his family, he decided to finally see a doctor. A few blood tests later, he got the most unexpected diagnosis ever: Leukemia.

When Aashim and his wife first heard the diagnosis, the meaning of it didn’t even register. The doctors had earlier been expecting meningitis or jaundice, as Aashim had recently visited India. But they now confirmed it was leukemia, a type of blood cancer.

The shock of receiving a cancer diagnosis takes a while to subside. For most people who have never experienced cancer before, the word itself means death. The general opinion is that there is no possible treatment for cancer. But this is not true.

Aashim too felt he was staring death in the face. His wife broke down and began to cry. Aashim asked the doctors if this disease was curable. They said it was. That was exactly what Aashim wanted to hear.

From then on, he made up his mind to fight. He had a lot to live for and there was no way he was giving up.

Needle in a haystack

The first option for a complete cure was a bone marrow transplant. For this a matched donor had to be found. Usually, siblings are the most likely match but Aashim’s sister matched only about 60%.

So Aashim’s family began drives across India to find a suitable donor for him. It was like finding a needle in a haystack. They contacted Datri, a registry for stem cell doors.

They campaigned across many cities but they did not find a match. Instead, they ended up adding many thousands of donors to the bone marrow registry. It did not help them, but their efforts continue to help many others who are also on the same treatment path.

Aashim and his wife then decided to go for the next option: Chemotherapy. From then on, the very intensive treatment began. Since Aashim’s other organs were all in good condition, he was put on a pediatric regime. This is more rigorous than the adult regime.

He had pipes hanging out of his chest and a port was placed on his skull. These were the ports they used to administer the drugs. It made doing regular chores like taking a shower more time consuming and exhausting.

For a year and a half, the treatment continued. The side-effects kicked in; the hair fall, the dry skin, the irritability etc. Aashim’s wife, who was his primary caregiver, was by his side, praying, and supporting him through his every mood.

Aashim says he doesn’t want to make the treatment sound easy, because it was possibly one of the most difficult things he had to undergo in life. That does not mean giving up becomes an option. When you know that the treatment is the only way out of cancer, you have to give it your all.

“We don’t survive cancer. We beat it.”

It’s been four years now since the diagnosis. Life has gone back to normal for Aashim. He completed his treatment, and resumed work within a year and a half.

He now works full time, while enjoying time with his family. He can do all the things he could before. Some of the after-effects linger on, but Aashim works his way around them.

Aashim uses his free time to talk to cancer patients who need motivation to keep fighting. He knows what it’s like, and wants to be there for anyone who is walking that dark path.

He urges everyone to stop using the term ‘survivors’ when referring to those who have successfully completed cancer treatment. He feels it isn’t appropriate and in his own words, “We don’t survive cancer. We beat it.’ He prefers the word ‘warrior’ as it better represents the fight that is required to get to the other side.

Cancer has changed Aashim’s worldview. He says beauty, money and other superficial aspects of life are not as dear to him as they once were. But there are also things about him that cancer could not change; his sense of humour and his enthusiasm for the future.

If you would like to speak to Aashim about your own cancer journey, write to us at community@onco.com and we will get you in touch with him.

How we managed my mother’s breast cancer and...

What is a Tumour Board and how can...

“Suffering is Optional”: The True Story of a...

The Thing About Cancer: Dealing with Caregiver Burnout