Survivorship and beyond in childhood cancers- Impact of proton therapy

About 18.1 million people worldwide were diagnosed with cancer in 2018.  Around 1-2% of this, numbering approximately 300,000 are children younger than 15 years. Improved survival outcomes among the paediatric (childhood) cancer patients have been one of the major success stories of modern medicine in the last 3 decades. 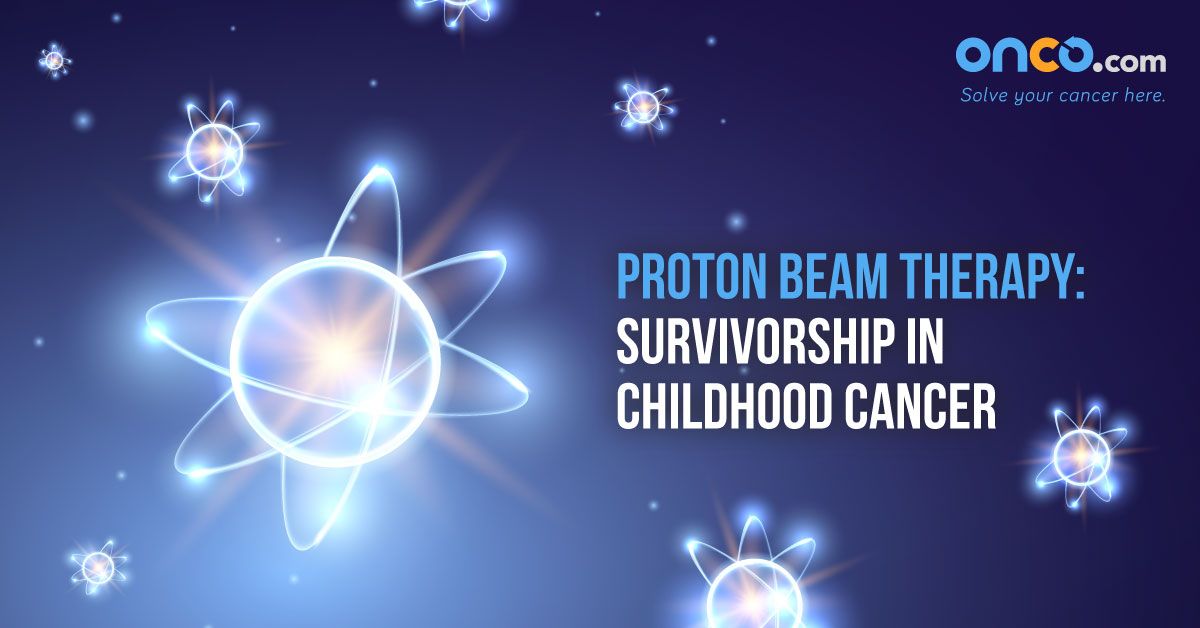 Dramatic improvements in the survival rates of leukemias, lymphomas and sarcomas are notable achievements. Most of these improvements can be attributed to multimodality, multidisciplinary treatments apart from improvements in supportive care such as availability of blood products, antibiotics, antiemetics and cytokines. The exponential successes of paediatric cancer management engender the new and complex challenge of caring for the growing number of survivors. The prolonged treatment brings upon us the tremendous burden of late side effects related to physical, biological, psychological and social well-being including increased incidence of second cancers. These effects are more profound when the child is treated at a younger age.

X-Ray or Photon Radiation –  A Double Edged Sword:  Radiation alone or in combination with chemotherapy and surgery is an important and life saving treatment for most of the paediatric cancers. Conventionally, radiation is delivered through high energy X-rays (or photons) and approximately 99% of patients receiving radiation do so with high energy X-rays. Radiation, despite improving outcomes, is a significant contributor to the burden of later effects. The proliferating cells in developing tissues in paediatric patients are extremely susceptible to radiation-induced damage. Low dose radiation bath to the body significantly increases the risk of second cancers. Very little radiation doses to the immature brain in children younger than 10 years may lead to irreversible neuro-cognitive and behavioural effects. Several studies on cardiovascular effects have shown the same regarding cardiac events correlated to dose received either by the heart, the coronaries or the left ventricle. Physically, children suffer from increased fatigue, memory loss, and audiovisual deficits. Their psychological health is affected adversely by fear of tumour relapse, future uncertainty, and lower self-esteem due to functional impairments. Interpersonal relationships including familial and social bonding are consequently worse. For paediatric survivors, decline in concentration, easy fatigability, and physical and mental impairments contribute to overall worse school performance.

Emphasis on survivorship: The key emphasis in childhood cancers has now shifted to how best a child can be treated successfully without adversely altering the opportunities, aspirations and expectations of both the children as well as their families. The major focus is to recognise the effects due to treatment as well as mechanisms to mitigate or minimize these effects.  In the past decade, there has been a major emphasis on ‘de-intensification’ or reduction in the amount of treatment with reduction of chemotherapy and radiation doses as well as treatment volumes in the children’s oncology group trials. These modifications were being carried out cautiously without affecting survival outcomes and yet they have been successful only to a limited extent.

A new ray of hope- Proton therapy:  One of the new and a major advancement has been proton therapy for this group of patients. In theory, proton therapy, has the ability to stop in the tumor which is ideally suited for all paediatric patients requiring radiation therapy. Protons have completely different physical properties compared to X-rays. High energy X-rays deposit their peak energy just below the skin surface and deposit moderate doses to the tumour (compared to the peak) and continue to deposit the dose along the entire path until the beam exits the patient. By contrast, proton beams enter and pass through the tissue with minimal dose until they reach the end of their paths, where the peak of energy deposition happens followed by almost no ‘exit dose’ which means no dose beyond the tumour is given. By eliminating exit dose, protons confine the high dose region to the target volume and minimize dose to surrounding structures. This pattern of their energy deposition is called a Bragg peak (See Figure 1 & 2).

Tips to sleep well when you are on chemotherapy

Very good article. I will be going through a few of
these issues as well..

Thank you for the feedback.

Everything is very open with a very clear explanation of the issues.
It was really informative. Your website is useful.

Thank you for your feedback. We aim to present the medical content in a simple, reader-friendly manner. Follow our blog to get latest updates and information on cancer. Cheers.

Thank you so much for your feedback! We are really happy to know you like our website and our posts. Our apologies for the delay in replying any sooner. We hope you continue to visit our website, happy reading!

We are glad to hear that you enjoyed our blog. Thank you for your kind feedback. Hope you will continue to enjoy our site.

Happy to hear that you enjoy our blog. Currently, we do not get too many spams, so it can be managed manually. Hope you have had better luck with managing this issue in all this time.

We are glad to hear that you enjoyed our blog. Do come back often to stay updated on cancer-related advancements, cancer prevention, management, treatment options and more. Cheers.