In early 2018, a team of researchers at the Stanford University School of Medicine conducted a study on mice, by activating T-cells inside solid tumours. 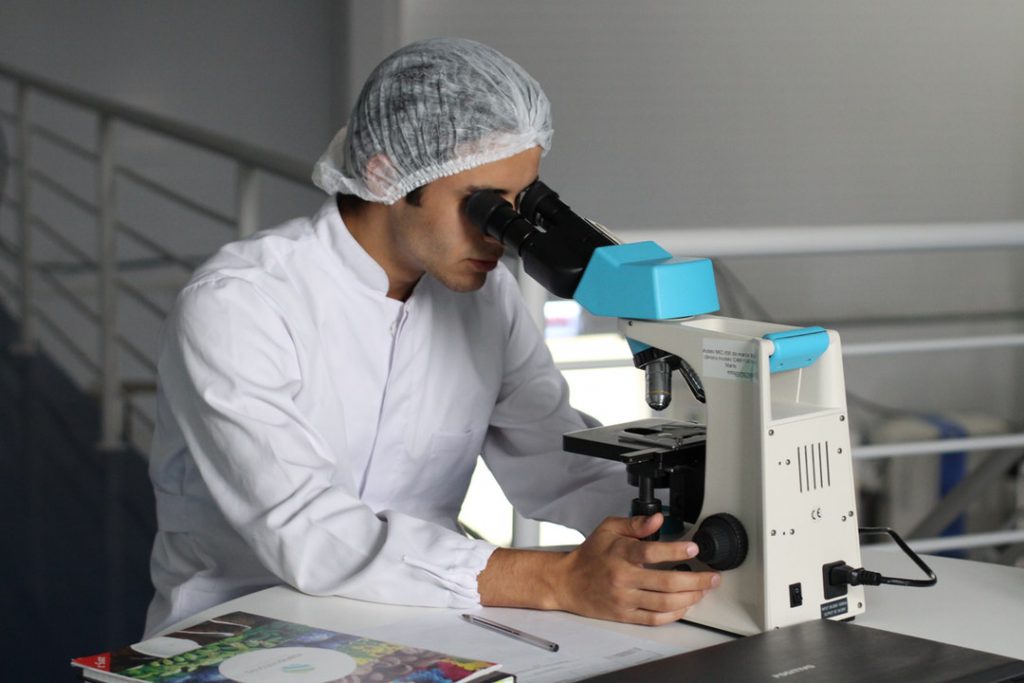 The two immune-stimulating agents that they injected, were able to eliminate all traces of Cancer – even distant, untreated metastatic tumors.

Dr Ron Levy, Professor Shoshana Levy and Dr Sanjiv Gambhir – lead researchers on the project, are now in the process of recruiting human Lymphoma patients to test this technique in a clinical trial.
This news was first published by the Stanford Medical Journal. 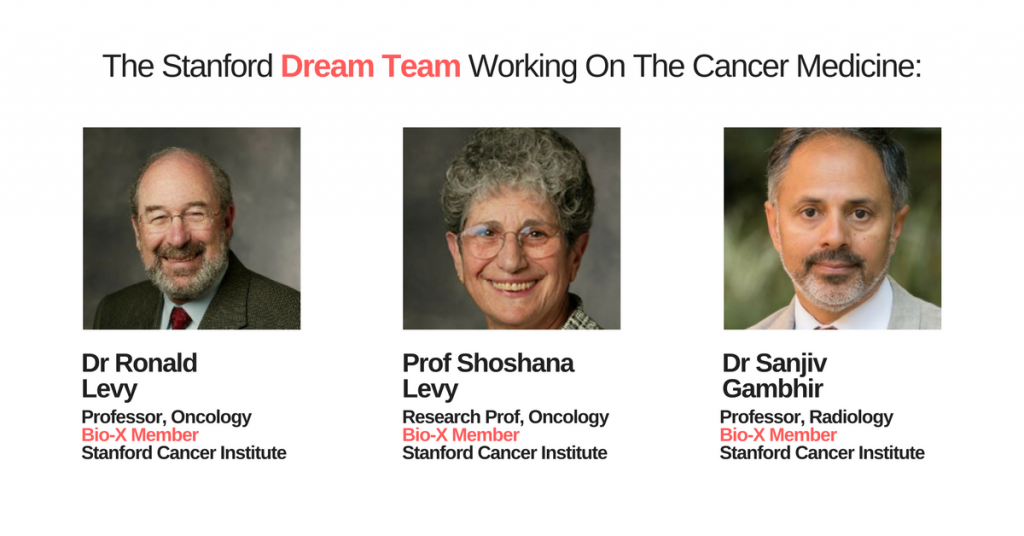 Ronald Levy presently serves as the Chief of the Division of Oncology in the Department of Medicine at the Stanford University School of Medicine. He pioneered Immunotherapy in the 1970s, when it first became apparent that Cancer treatments needed a more targeted approach than the existing treatment modalities that were attacking all rapidly dividing cells in the human body.

Back in the day, Dr Levy used a new method of creating hybrid mouse-human antibody-generating cells to churn out large quantities of antibodies that would recognize and bind only to the cancer cells’ receptors. His method worked, and he was able to completely ‘cure’ some of his Cancer patients with these antibodies.

For a brief period starting in 1985, Ron Levy ran a company called IDEC Pharmaceuticals to market the treatment, but quit that enterprise when it became challenging to custom-generate a batch of antibodies for each lymphoma patient. Later, the team working on this drug discovered that a less-specific target (found only in B cells) performed similarly, without an individual analysis of each patient’s tumor.

In 1997, a drug called Rituximab (sold as Rituxan) was developed as a result of these findings, and approved by the FDA . It was the first FDA-approved Monoclonal Antibody (MAB) for Cancer treatment. In current times, more than half a million Cancer patients around the world use this drug.

And while many of these technqiques have seen a lot of success, they all have disadvantages – ranging from unmanageable side effects to high cost of treatment and lengthy treatment timelines.

The new treatment method that Levy and his colleagues have been working on, functions by reactivating Cancer-specific T-Cells by injecting microgram (one-millionth of a gram) amounts of two “ranger” agents directly into the tumor site.

The first agent is a short stretch of DNA, called a CpG oligonucleotide. It syncs with nearby immune cells and amplifies the expression of an activating receptor on the surface of the T-cells.

The second agent is an antibody that binds to another receptor, activating the T-cells to identify and attack Cancer cells.

The method works because the human body already ‘pre-screens’ the kind of T-cells that operate inside tumors, and these two agents are injected directly into the tumor, thereby activating the T cells infiltrating the tumor and stimulating them to fight Cancer. 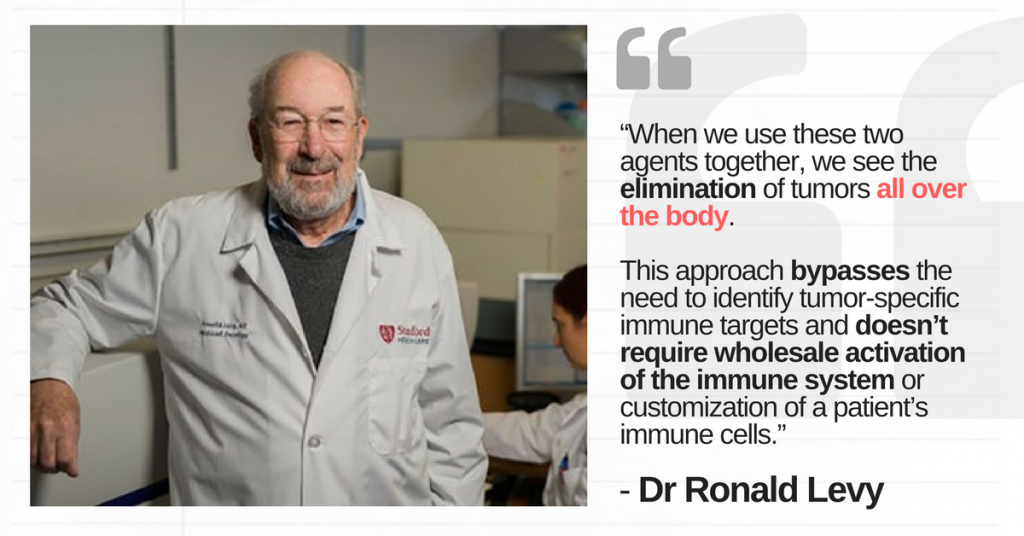 After Levy’s ‘Ranger’s have activated these tumor-specific T-cells, they can also leave this tumor site, in order to ‘find and destroy’ other identical tumors inside the body thereby attacking the metastatic sites from primary site of origin.

In their ongoing research, Ronald Levy, Shoshana Levy and Sanjiv Gambhir witnessed considerable success with laboratory mice. These mice were injected with both pre-treated and untreated lymphoma tumors, and the two ranger agents were able to reduce the sizes of both the treated and untreated tumors.

87 of the 90 under-test mice were cured of Cancer.

The Cancer relapsed in three of the cured mice, but they were successfully re-treated by injecting the same agents. Aside from Lymphoma, the test was conducted successfully for Breast Cancer, Colon Cancerand Melanoma Tumors. 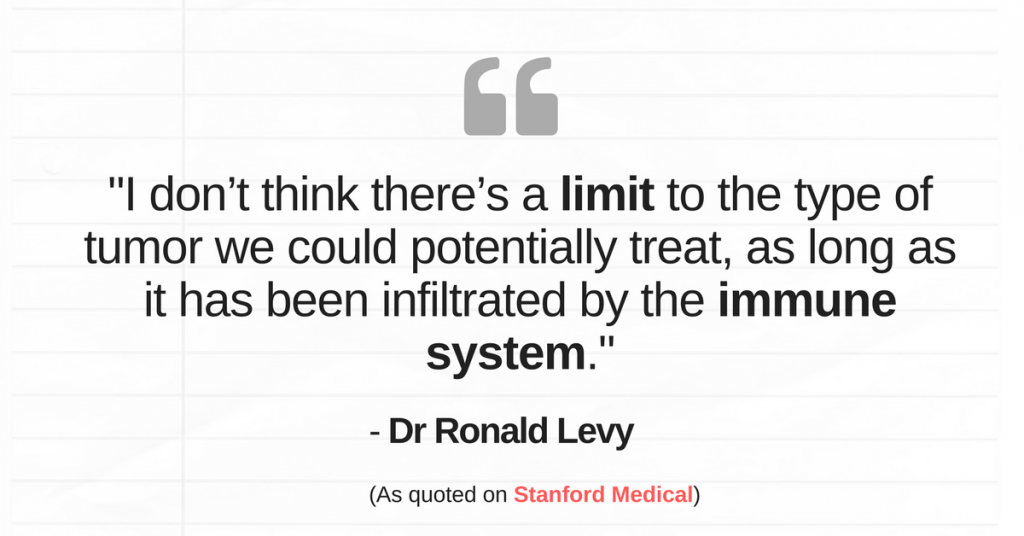 Levy and his team have crossed many hurdles – getting the new treatment concept approved to a stage where animal trials were both sanctioned and successful. Now, the final test that lies ahead, is a reasonably successful human clinical trial before the drug can be pitched for FDA approval/mass-market development.

And they are on-track with exactly that. Levy’s latest human clinical trial will recruit almost 15 patients with low-grade lymphoma. If the trial is successful, Levy is confident that this treatment can be applied to many tumour types.

The future Of cancer treatments

Dr Ron Levy encourages the imagination of a future where Cancer treatment gets simplified to the extent of injecting two simple agents into any tumour before surgically removing it. These treatments can also serve as the key to prevent recurrence by undetected metastasis. For cases where genetic markers and receptors (such as BRCA-1/BRCA-2) can predict Cancer risk with a fair amount of accuracy, these treatments will truly become effective as ‘Cancer Medicines’.

The best way to understand if an individual’s Cancer case can benefit from developments such as Levy’s breakthroughs, is to consult an expert Oncologist based in the US. 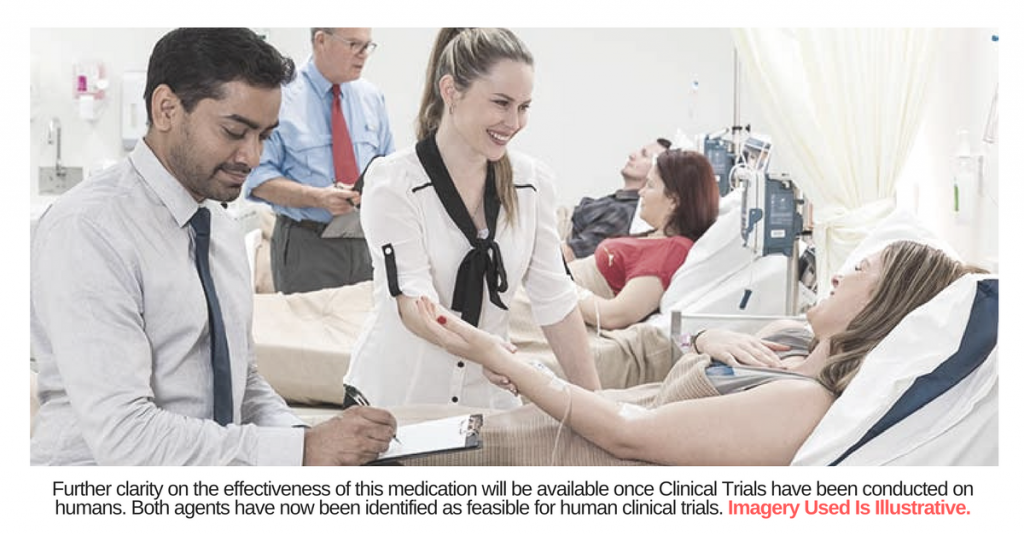 Further reading: Why The Jade Goody Effect Is Dying Out, And Cervical Cancer Awareness Needs A Boost!

Note: This is an employee-authored column, and the opinions expressed herein rest solely with the author (Shomprakash Sinha Roy). They are not representative of the opinions of Onco.com as an organization.

Why Do Celebrities Head West for Cancer Treatment?

Treated Cancer Successfully? Don’t Catch an Infection! Learn What Puts You at Risk.