What Is Oral Cancer?

The oral cavity consists of lips, tongue, the floor of the mouth, retromolar trigone, hard palate, alveolar ridge, and buccal mucosa. Cancers of the oral cavity account for approximately one-third of all types of head and neck cancers. Men are twice as likely to get oral cancer as compared to women, and the average age of oral cancer patients is 60-70 years.

In India, chewing betel nuts is the leading cause of oral cancer, followed by smoking.

There is a strong relationship between smoking and the development of cancers of the oral cavity. Almost 80-90% of all oral cancer patients have some history of smoking. Tobacco users have a 25 times higher risk of developing oral cancer than non-users. Quitting smoking can significantly reduce the risk of oral cancer. This risk reduces by approximately 50% if the person quit smoking for more than nine years at a stretch.

Reverse smoking increases the risk of cancers of the hard palate.

Reverse smoking refers to a specific smoking habit, where people chew the burnt or burning end of a hand-rolled tobacco leaf instead of the unlit/filtered end. This practice is common in some parts of Andhra Pradesh (India) and the Philippines.

Other essential notes on the risks associated with oral cancer:

What are the signs and symptoms of oral cancer?

People usually detect oral cancer in its later stages. Initial symptoms are vague, non-specific, and can indicate another less-serious disease unless identified to be cancerous by an oncologist or a general physician.

The flow of diagnosis for oral cancer patients is as follows:

The treatment of oral cancer depends on the stage of diagnosis of disease. The primary treatment modalities are surgery and radiation. Doctors do not generally prescribe chemotherapy alone; instead, it is given as adjuvant or neoadjuvant chemoradiotherapy (CRT). Doctors advise systemic chemotherapy to patients who exhibit recurrent or metastatic oral cancer, if not amenable to surgery or radiation.

Stages 1 and 2 are the early stages. Primary surgery and definitive radiation are both valid treatment options for early-stage oral cancer. Oncologists prefer surgery over radiation as it leads to better treatment outcomes.

Both external beam radiation therapy (EBRT) and brachytherapy have an essential role to play in the treatment of early-stage oral cavity cancers. Oncologists usually treat small tumors with an intra-oral cone or by administering interstitial brachytherapy.

In early-stage oral cancer, oncologists recommend treatment for both the primary tumor and the lymph nodal groups. Surgery for oral cancer can either be a wide local excision or a partial excision of respective parts with some reconstruction (if required depending on the size of the tumor). This type of surgery is usually followed by elective neck dissection.

After surgery, a final biopsy is performed, and adjuvant radiation is advised to patients who exhibit positive margins of residual tumors, multiple lymph node involvements, or other high-risk features. Conformal radiation therapy techniques are preferred over standard radiotherapy to decrease the potential side effects of the treatment.

Stages 3 and 4 of oral cancer are locally advanced stages. Such patients are at a high risk of local recurrence if treated with either surgery or radiation therapy alone. Hence, oncologists advise a combined modality approach.

Metastatic oral cancer refers to a stage of the disease where cancer has spread to nearby or distant organs such as the lungs, liver, bones, or the brain. Such stages are harder to treat as compared to earlier stages of oral cancer.

Recurrent oral cancer refers to a condition where ‘patients’ cancer returns after completing their first line of treatment. This could be anytime post-treatment, i.e., days, weeks, months, or years post-treatment.

For patients without systemic therapy during their initial treatment and are generally in a good health condition, doctors suggest the combination of chemotherapy with platinum combination regimens. Oncologists suggest a single-agent chemotherapy drug to such patients.

For patients who get systemic chemotherapy during their initial treatment, oncologists further advise chemotherapy or immunotherapy. Whenever possible, patients must sign up in a relevant clinical trial that is recruiting nearby. Other treatment options could be palliative radiation or palliative surgery to relieve ‘patients’ symptoms.

In general, the outcome for metastatic or recurrent oral cancer patients is inferior, with an average survival rate of 6 to 12 months. 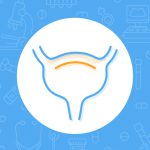 What Is Bladder Cancer? 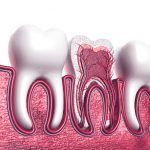