Which Cooking Oil is Best for Cancer Patients?

Cooking oil is the dilemma of every caregiver; you can’t cook without it and you don’t want to use too much of it. It’s a tightrope walk between making food tasty for the cancer patient, while keeping it healthy.

As an oncology dietician, one of the most common questions I get from caregivers and patients is about cooking oil. Most Indian cooking is nearly impossible without some amount of oil. So it’s best to understand this necessary evil well, so as to get the maximum benefit from the oils in your kitchen.

How to choose the best cooking oil?

The first thing to understand is that there is no one oil that will be suitable for all types of cooking. We look at which oil is good for different purposes, keeping in mind that it is good to use a combination of oils in your cooking, instead of sticking to just one type and brand of oil for everything. 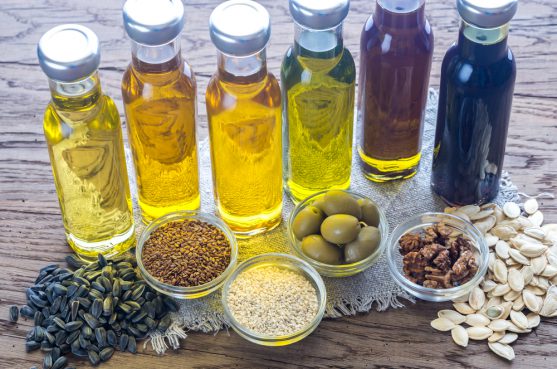 Here are the most important aspects of cooking oils. Once you understand these, you will know which oils best suit your family’s needs.

Smoking point is the temperature at which the oil stops sizzling and starts burning. At this point you will notice smoke coming from the oil. Smoke basically means the oil has started to burn, and that’s not a good thing.

When the oil starts to smoke, it’s chemical structure breaks down and it starts releasing harmful chemicals called free radicals into your food. You will notice that food cooked with such oil has a slightly bitter flavour. Such food is harmful for your health. 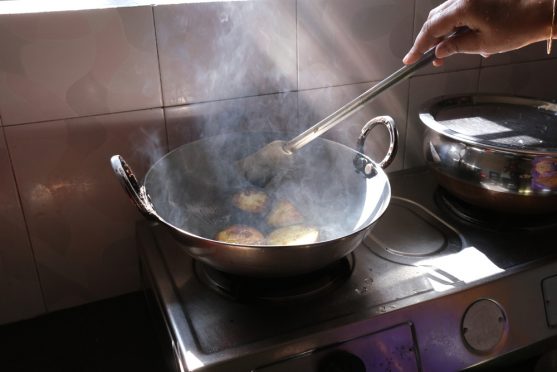 Olive oil smokes at a low temperature of about 240°C. This means you can only heat it on low to medium flame. It is best used for salad dressings and light cooking.

Peanut oil and ghee (clarified butter) smoke at 230°C. Sunflower oils at 225°C. So, these oils can be used in regular Indian cooking like curries and dry vegetable fries.

Here are the smoke points of some other popular oils:

Another factor in choosing your cooking oil is the nutrition it will provide to your body. All oils are categorised as fats, and fats help the body to absorb vitamins A, D, E and K. However, some oils add more nutrition to your food than others.

Olive oils are packed with nutrition and increase the good cholesterol in your body while reducing the bad cholesterol. It aids in digestion and soothes stomach ulcers. 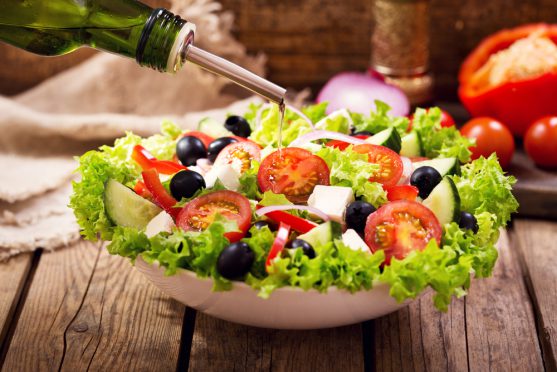 As you can see there are many reasons to use olive oil, but you need to remember that if you heat olive oil to higher temperatures, it will smoke. Once it smokes, it loses its nutritive value. So use it only for salad dressing and heat it only at low to medium temperatures.

Another oil that is best used as salad dressing is flaxseed oil. It is rich in omega 3 fatty acids making it nutritious, but its smoking point is not high enough for heating at high temperatures.

Oils like peanut oil, sesame oil and canola oil are rich in mono and polyunsaturated fatty acids which are good for health. These can be used for regular Indian cooking.

Coconut oil has 90% saturated fatty acids, which make it unhealthy, but it is still suitable for the occasional deep frying due to its comparative resistance to heat.

Not all oils taste the same and the oil you use can change the flavour of the dish.

For example, coconut oil has a strong and distinct flavour that is easily identifiable in the dish. Peanut oil has an unmistakable peanut flavour, and sesame oil also has a strong nutty flavour. These oils affect the final taste of the dish.

Other oils like sunflower oil, vegetable oil and canola oil have almost no flavour and whatever you cook in these will taste like itself, without a marked difference.

Flavour is also a matter of personal taste and familiarity. Most people are used to the taste of a certain type of cooking oil and any drastic difference in taste might make the food less appealing to them.

Based on the above  factors, you can choose the cooking oil that is most suited to your cooking needs.

Another important aspect is the quantity of oil used in cooking. Per day, an adult can consume 3 teaspoons of cooking oil. This means, in a month, an adult should consume not more than half a litre of oil. You can calculate the monthly oil requirement of your family based on the number of members.

If you are using more than half a litre per adult in your household, then you should look at ways of reducing oil consumption. Here are some tips to do this: 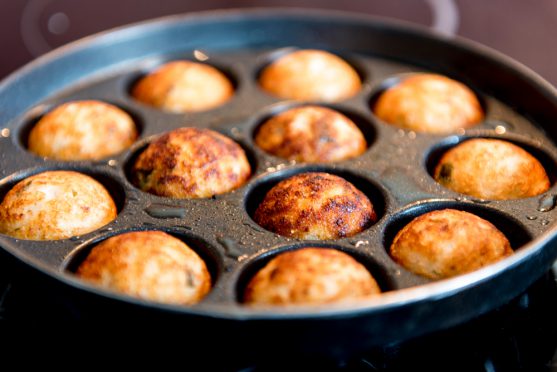 However, no matter which oil you use there is one thing you must remember at all costs:

Reheating or reusing oil for cooking is harmful for health.

It’s a common practice to use cooking oil for deep frying and then reuse the same oil in curries, stir fries or for more deep frying. This is extremely harmful. Reheating or reusing oil in this manner releases free radicals.

Free radicals are unstable atoms that cause illness and ageing when consumed. Reheated or reused oil is carcinogenic, which means it can cause cancer.

While it might seem uneconomical to throw away the leftover oil after deep frying, remember that if consumed this oil can lead to loss of health and higher expenses in medical bills. Make a smart choice and never reuse or reheat oil in your cooking.

You can find an Indian meal plan for cancer patients here.

The Journey of a Breast Cancer Patient (Part 4): Losing the Hair but Winning the War

What To Pack In Your Chemo Bag