Immunotherapy in India still needs to evolve, to meet the needs of cancer patients

A brief history of immunotherapy

Immunotherapy was first invented to help patients with cancer, whose tumors could not be removed surgically. William B Coley from New York technically laid the roots of immunotherapy in 1891. 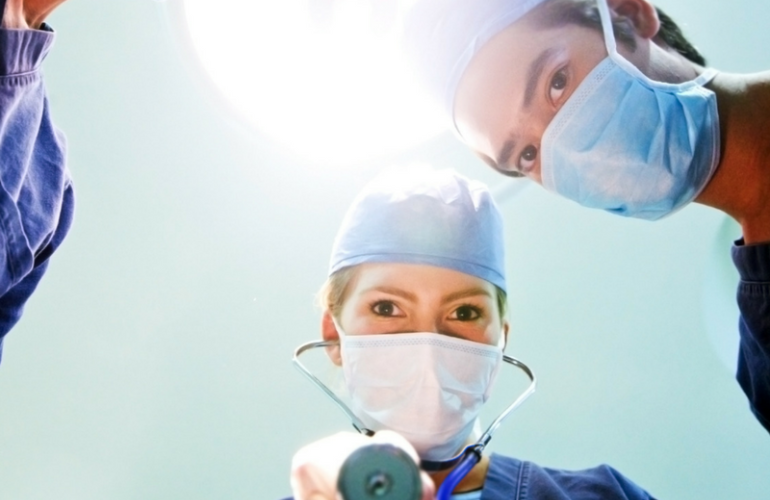 He injected a mixture of beef broth and Streptococcus bacteria into the arm of an Italian cancer patient who had an ‘inoperable’ neck tumor. At first, the 40 year old man got extremely sick. He developed a fever, accompanied by vomiting and chills. One month later, however, his tumor had shrunk considerably. William Coley replicated this process on thousands of other cancer patients, but eventually the FDA stopped him.

These were the first roots of immunotherapy.

The evolution of immunotherapy

William Coley’s experiments triggered the curiosity which was needed to develop immunotherapy. For decades after Coley’s initial successes, the medical community of oncologists had adopted apoptosis-based treatments such as radiation and chemotherapy, which became really popular. But the concept of re-programming a patient’s own immune system to kill cancer cells, kept evolving since it was a more targeted form of treatment, and resulted in lesser side effects than regular forms of treatment.

In the last few years, there has been an exponential growth of interest in immunotherapy in the developed world, with funds pouring in to enable the right kind of research and trials. Very notably, Stanford Medical’s Dr Ronald Levy (hailed frequently as the father of immunotherapy) has contributed towards the development of monoclonal antibodies (MABs) such as Rituximab, and is now in the process of recruiting Human patients for trials of his new immunotherapy treatment agents.

What is the main challenge for immunotherapy today?

Back in the 1800s in the United States, William Coley did not have the necessary molecular tools to understand why immunotherapy worked. He basically put the body’s immune system into a sense of ‘overdrive’, which pushed it to attack cancer cells. Today, the US FDA does not have an official ‘definition’ of existing/approved immunotherapy treatments.

In the last few years, however, at least eight new immunotherapy drugs (MABs and NIBs) have been approved by the FDA, which have made way for more money to fund trials and research in this direction. But money follows money.

Immunotherapy in India – where are the challenges?

Developing nations such as India still do not have the necessary momentum to push for the manufacturing/distribution of home-grown immunotherapy drugs. Bio-similars of generic drugs are used by some centres that offer immunotherapy treatments, but while such drugs can dramatically improve the odds of survival for some patients, much of the basic science behind immunotherapy is very poorly understood.

A growing number of researchers are worried[1] that there is more hype than hope, when it comes to patients running towards immunotherapy centres in hordes.

Will immunotherapy ever really work well?

Immunotherapy in India is a long shot at effective treatment, at least for now. In countries such as India, where manufacturing & distribution are yet to catch up to levels where it can enable result-oriented research – expecting immunotherapy to work flawlessly, is an illusion.

In reality, according to an expert oncologist at the Oregon University (Dr Vinay Prasad), it does not work for a majority of patients in today’s date. Dr Prasad is considered an expert in the evaluation of applied technologies that rely on belief, rather than available scientific evidence[1:1].

“The reality is, immunotherapy is incredibly valuable for people who can actually benefit from it, but there are far more people out there who don’t benefit at all” – Dr Vinay Prasad, oncologist at the Oregon Science and Health University

Dr Prasad wanted to know how many US cancer patients are actually benefiting from immunotherapy treatments. To do this, he recently estimated a percentage of all patients dying from all types of cancer in America (using US cancer treatment statistics and FDA approval records).

Not even 10 percent patients were benefiting.

Does that mean patients should not take immunotherapy in India?

Immunotherapy is expensive, and not necessarily very effective for every cancer patient. In his US-focused research, Dr Prasad was looking at the most widely used class of immunotherapy drugs, in a rapidly expanding field. These are called ‘checkpoint inhibitors’. They disrupt the human immune system’s natural T-cell mechanism. Under normal conditions, these immune cells are turned “off” due to proteins that latch on to just a handful of receptors on the surface.

But immunotherapy researchers have designed antibodies to bind to those same receptors, keeping the cells permanently switched into “attack” mode. The earliest types of checkpoint inhibitors were just effective in turning T-Cells on. Some of the newer inhibitors can be more selective in their approach, jamming the signals that tumor cells generally use to escape T-cells.

So far, a very few rare diseases such as Non-small cell lung cancer, Hodgkin’s lymphoma, and renal cell carcinoma have shown encouraging responses in patients undergoing immunotherapy treatments of this type. And the FDA-approved drugs only have approval against these diseases. That means, almost two-thirds of terminal cancer patients really don’t have an approved immunotherapy option, forget about whether they should take it or not.

There is another problem with immunotherapy in India.

Dr Vinay Prasad says that the status of approvals and the sub-optimal results haven’t stopped physicians from prescribing these expensive drugs anyway.

What is the cost of immunotherapy in India?

Answer: Even though immunotherapy drugs are being prescribed in a lot of treatment centres, without supporting evidence that the patients will respond to the drugs, the expenditure on these drugs is on the rise. The off-the-shelf price for most of these drugs is nearly $150,000 per year (excluding import duty).

So, should you take immunotherapy in India?

It is important to understand that any treatment procedure brings with itself a fair share of benefits, side effects, and outcome probabilities. And since cancer is such a complex disease, it is essential that you consider a complete team of qualified cancer specialists before you get started on any line of treatment, be it immunotherapy or some other form of targeted therapies.