What is laryngeal cancer?

The voice box in the human body, is known as the larynx. The larynx is made up of cartilage and muscle fibers that allow us to speak. The cancer that originates in this region is termed as laryngeal cancer. It is a subset of ‘head and neck cancers’. Laryngeal cancer is the most common type of head and neck cancer (excluding cancer of the skin). The larynx is divided into three main regions: supraglottic, glottis, and subglottic regions. 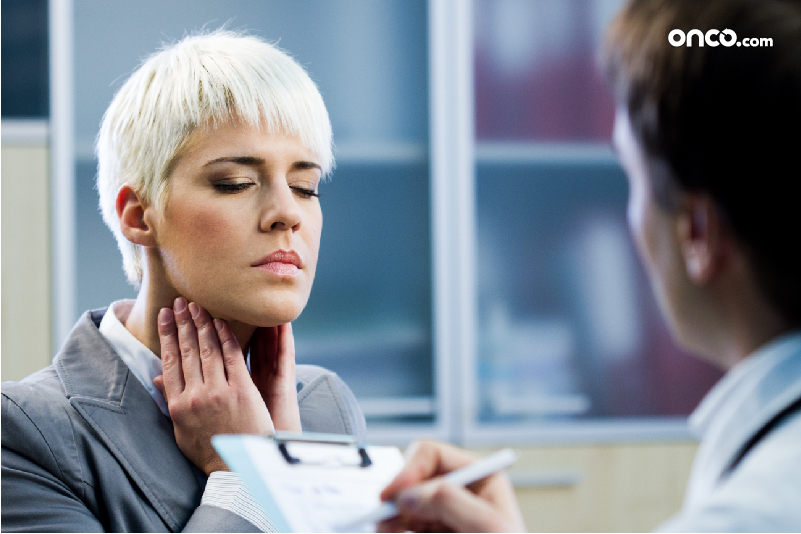 Approximately 50% of all cases of laryngeal cancer continue to remain localised, nearly 30% patients present with lymph node involvement, and remaining 15% of patients end up with distant metastasis. The average age at which laryngeal cancer gets diagnosed is 60-70 years.

What are the causes and risk factors for laryngeal cancer?

Smoking is clearly linked to an increased risk for the disease. The role of alcohol is still unclear in the development of laryngeal cancer.

What are the common signs and symptoms of laryngeal cancer?

The specific symptoms of laryngeal cancer are dependent on the location of the primary tumor i.e. supraglottic region, glottis, or subglottic region.

The most common symptom of glottic cancer is a persistent change in voice (hoarseness of voice). The most common symptom of supraglottic cancer is throat pain, or the feeling of having a lump in the throat. Other symptoms include swelling in the neck, “hot potato voice”, pain in the ears and difficulty in swallowing food. Advanced stage laryngeal cancer patients may exhibit symptoms such as unexplained weight loss and loss of appetite.

How is laryngeal cancer diagnosed?

The process of diagnosing laryngeal cancer begins with a detailed study of the patient’s medical history along with physical examinations such as investigating patient’s dental and oral health.

The diagnosis of laryngeal cancer is as follows:

How is laryngeal cancer treated?

The treatment of laryngeal cancer depends on the stage at which the patient has been diagnosed, which is indicative of the size of the tumor, the local extent of the disease, the amount of lymph node involvement and the amount of regional or distant metastasis. The treatment of metastatic or recurrent (relapsed) laryngeal cancer is usually harder than earlier stages.

The term ‘early stage laryngeal cancer’ is applicable for stage 1 and stage 2 patients. These patients should be treated with an intent to preserve the larynx. Both radiation therapy and larynx-preservation surgeries can offer an excellent chance of survival in patients suffering from early stage cancers of the larynx.

Radiation is preferred in cases of laryngeal cancer due to better functional outcomes such as voice quality in those who finish their treatment. Most patients with early stage tumors (T1 and T2 lesions) are generally treated with radiation alone.

Larynx-preserving surgeries include partial open laryngectomy, transoral laser microsurgery, and transoral robotic surgery. For patients who have been treated with surgery, post-operative radiation therapy is recommended when the final biopsy report demonstrates high-risk features such as residual margins of the tumor or lymph nodes that have been affected.

The term ‘locally advanced laryngeal cancer’ applies to patients who have been diagnosed at stage 3 or stage 4 of the disease. Such patients mostly need a multi-modality treatment. Their treatment modality depends on several factors such as age of the patient, responses they are likely to show towards various drugs, medical comorbidities (presence of one or more additional diseases in addition to laryngeal cancer), and the location and extent of the primary tumor.

Whenever possible, locally advanced laryngeal cancer patients should be offered the option of a functional organ-preservation approach in the form of chemoradiotherapy, larynx-preservation surgery, or induction chemotherapy followed by radiotherapy. This approach has now almost replaced the older concept of total laryngectomy (removal of the entire larynx) and post-operative radiotherapy.

Total laryngectomy followed by postoperative radiotherapy is strictly reserved for patients who are not eligible for an organ-preservation surgery.

Both recurrent and metastatic forms of laryngeal cancer are considered difficult to treat as compared to earlier stages.

Combination chemotherapy is offered to patients who have not received any systemic therapy earlier and are in a good health condition. This is offered along with platinum combination regimens.

Among patients who have not received any systemic therapy earlier but are in not in a good health condition, a single agent chemotherapy drug can be offered.

Patients who have received systemic chemotherapy in the past are advised further chemotherapy or immunotherapy. Whenever possible, patients are also encouraged to enrol in clinical trials for advanced therapies. The outcome for such patients (metastatic stage or recurrent cancer) is very poor with a median survival of 6 to 12 months.

What Are Head and Neck Cancers?

What Are Head and Neck Cancers?

An overview of oropharyngeal cancer, including its symptoms, risk factor, diagnosis and treatment options.

An overview of oropharyngeal cancer, including its symptoms, risk factor, diagnosis and treatment options.

An overview of nasopharyngeal cancer, including its symptoms, risk factor, diagnosis and treatment options.

An overview of nasopharyngeal cancer, including its symptoms, risk factor, diagnosis and treatment options. 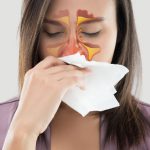 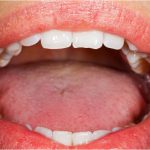